Zac Posen’s Muses for His New Shoe Line? His Hollywood Friends, of Course

The designer who dresses the likes of Katie Holmes, Uma Thurman and Naomi Campbell can add footwear to his offer. 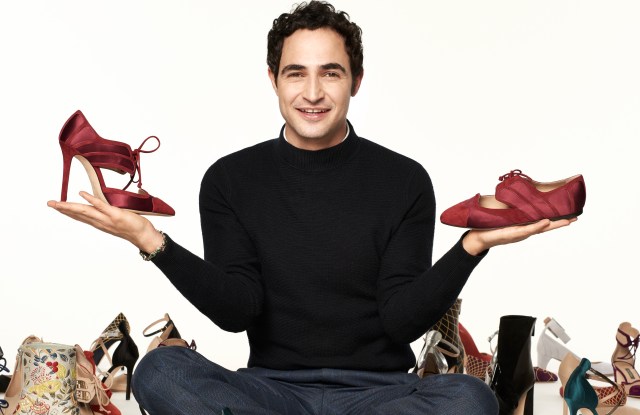 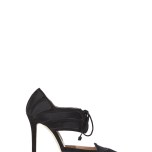 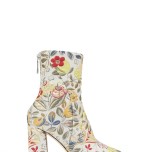 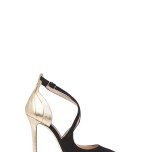 Zac Posen has a spent a lifetime obsessed with shoes. As a teenager, he spent afternoons post-MoMA visits watching the skilled salespeople at the Manolo Blahnik store selling them. Years later, he would have the opportunity to learn from industry legend and Manolo alum George Malkemus about the subtleties of good shoemaking — like the importance of the line of the shoe where heel meets sole. As a department store pastime, he gives shoes the wobble test, tipping them and seeing how quickly they rebound, as a way to test their stability. Now, the self-professed shoe lover has his own collection to play with: He’s launching his first namesake collection of designer shoes for pre-fall.

Not surprisingly, Posen references his ready-to-wear for the core design elements: architectural lines, seaming and structure, anatomical cut and fabricating them in some cases, in the same fabrics as the rtw, but treated for use in footwear. The designer partnered with Stefano Maroni, an Italian who hails from a family of shoemakers, to create the line. Said Posen “You know the expression ‘Italians Do It Better’? When it comes to shoes, I wouldn’t do it differently for a collection-level shoe; it’s part of the history of the craft that I appreciate and respect.”

Timing was everything for Posen in deciding when to launch. From design concept to finished product, the collection was turned around in about six months. He approached the partnership like a new marriage. “ I waited for years to do this; I wanted a longtime partner who understands it takes time to build and grow a business, who also understands the DNA of the brand and most important, quality.” Thus far, Posen said he is impressed with the engineering involved to interpret clothing details onto shoes — like a dress’ pleating and seaming that become folds of leather, or embroidery on sandals and flats, or a collar as a detail flap on the side of a pump.

A signature boot called the Inez is fashioned in such incarnations as mixed materials of suede, leather and patent, or a pieced and seamed heavy brocade fabric borrowed from the main collection for a completely different effect. Pre-fall collection fabrics such as a black mesh embroidered with colorful flowers; a black and white butterfly print, and teal brocade chiffon are used in simple ballet flats. Cording detail riffs on the Fabergé motif the designer has used in the past in his rtw, and braided threadwork becomes a beaded featherlike motif on a mesh flat.

Posen has already called out some keys styles based partly on reactions from his female muses — mainly of the Hollywood A-list variety. The Marilyn pump with an open side folded over like a pleat; the Piper lace-front heel in contrasting skins and fabrics; the chic Taylor evening flat that laces on the vamp, Mary Jane-style, and a group of lace-front sandals with a thick ankle strap that adds an edgy element to the sophisticated sandals. He cited the contoured seams on technical satin flats that recall a dress. As Posen put it, “Lines that look good on a body look good on a foot.”

Texture is also a key element, with the shoes featuring combinations of skins and fabrics in a layered effect.

The shoes will retail from $525 to $1,400. Posen said he learns from every partnership and in this one, merchandising the line to include a variety of styles was key. “The collection has range,” he said. “I think it will whet the department store hunger for sexy shoes that have a sophisticated edge and a definite POV. And it will keep developing.”