At 23, the Lady Dior bag has outlasted trends and a shuffling of creative directors. 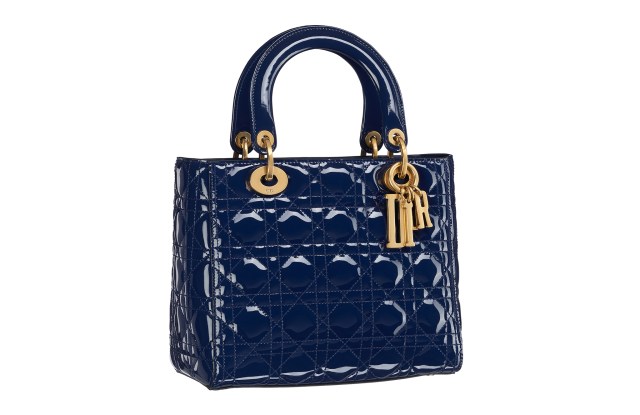 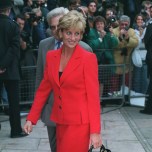 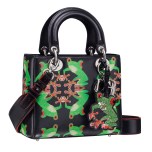 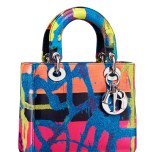 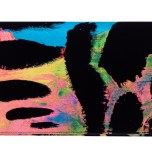 With its soft quilted leather, modernist hardware and feminine proportions, the Lady Dior bag is a piece of fashion iconography.

The bag — created in 1994 — has outlasted trends, a shuffling of artistic directors at the famed fashion house, and changes in global spending power. Its price tag, about $4,000, also helps isolate the bag from lightning-fast changes in fashion and the economy.

Dior chief executive officer Sidney Toledano was responsible for the bag’s inception. He said of the design: “We worked with the team to create a haute couture bag that needed to have all the codes of Dior in terms of shape, design and something with a strong identity.”

LVMH Moët Hennessy Louis Vuitton ceo Bernard Arnault hired Toledano from French leather goods brand Lancel to spearhead the bag’s creation. At the time, Dior did not have its own in-house leather goods operation. With a small team, Toledano created a laboratory that devised the bag in three months’ time.

Toledano and his team worked independently of Dior’s then-artistic director Gianfranco Ferré, though they did take care to incorporate some of the Italian designers hallmarks — such as the cannage quilting pattern that Ferré often applied to ready-to-wear.

The team didn’t want to put a logo on the bag itself. They instead decided to spell out Dior in charms suspended from one of its handles.

The original bag was produced in microfiber and was named the Chouchou — a French idiom describing the best in class, a teacher’s pet. Toledano traveled to Florence and purchased an undeveloped plot of land to house Dior’s first leather goods manufacturing facility.

The bag’s “Lady” appellation came a year after its release, when Princess Diana was due to pay then-French First Lady Bernadette Chirac a visit. Dior prepared a bag for Diana as a gift from Élysée Palace.

“Madame Chirac offered the bag and we didn’t hear anything for months. One day I was in Spain, in Madrid, and I received a call midday from London from the person in charge of Dior’s English market that there was a big demand for the bag because Lady Di was on the cover of a newspaper in London with the bag right in the middle of the page,” Toledano recalled.

From there, the bag’s popularity accelerated — generating fanfare in markets stretching from the U.S. to Japan and catapulting Dior into the top echelon of luxury leather goods brands. It continues to be a popular style in Asia, as well as the Middle East and Russia, Toledano said.

Princess Diana continued to purchase additional Lady Dior bags at Harrods in new colors and materials. Dior renamed the Chouchou the Lady Dior bag in her honor in 1995 — nearly a year after its release.

This royal heritage helped bolster the bag’s status as one of the few true luxury purses available on the market. The Lady Dior remains the brand’s best-selling bag, Toledano said — maintaining its standing through a string of artistic directors that have included John Galliano, Raf Simons and now Maria Grazia Chiuri.

“If I take the segment of luxury bags priced at $3,000 or more, the Lady Dior is competing as one of the leading bags. Even at more than $4,000,” the executive said. Toledano declined to provide sales figures for the bag, but noted that the maison has sold “far more” than 100,000 units.

Toledano noted that in addition to Lady Dior’s quality and design ingenuity, its distribution has helped contribute to the style’s longevity.

“When you get a popular bag, you have to be protective. It doesn’t happen everyday,” he said. “When you have something popular you have to be careful with the volume. If people see something too much, they get tired, so we are very careful and control the number of units we sell.”

The Lady Dior is not wholesaled to department stores or third-party retailers, and is carried only in Dior’s own boutiques or handbag shops inside department stores. “The danger is if you sell to a wholesaler they will push it and then they look for the next ‘It’ bag. The handbag category is doing extremely well but needs to be managed differently — the level of service, of personality, how what you have to present is different,” the ceo said.

Toledano began an artist collaboration program in 2014 to modernize and apply a contemporary edge to the Lady Dior’s classic design.

The program has worked with artists including John Cameron Mitchell, Olympia Scarry and Nan Goldin. It was originally devised as an exhibition-only concept, but in 2016 became a commercial pursuit, with limited-edition runs by artists including Chris Martin, Matthew Porter and Daniel Gordon sold in Dior boutiques worldwide.

Martin, who applied signature treatments including paint splatters and glitter to the Lady Dior, said of the project: “When I paint it’s a pretty solitary affair, but this — working in fashion — is very collaborative. The most appealing thing to me is the idea that a Chris Martin is now walking around Hong Kong or London or Paris. The fact that these images are in the world outside is a very cool idea.”

The Dior collaboration was Martin’s first and only fashion tie-up to date. He said the collaboration lent a new understanding of his work to members in his close circle: “My sister-in-law is a lovely woman who lives in Washington, D.C., and dresses impeccably — it was funny to see her reaction. All of a sudden my whole status as an artist really went up from her point-of-view. Initially it was, like, ‘Oh yeah you are an artist,’ to ‘Oh, you’re serious — you worked with Dior.’”