González has been tapped as Rodo's new creative director and wants to revive the excitement around some of Rodo's most famous archival bag styles.

Some of the first styles Alvaro Gonzalez is reintroducing for Rodo.

LONDON — Álvaro González, the accessories designer behind many an “It” bag by the likes of Valentino, Jimmy Choo, Loewe and most recently Roksanda — is reveling in his love of handbags and Italian craftsmanship with his latest project: He’s bringing the Italian label Rodo back to life as its new creative director.

Already a collector of vintage Rodo bags and a longtime admirer of the manufacturing capabilities of the Rodo factory — which is family-owned — González saw an opportunity to revive the excitement around the brand’s signature styles and satisfy the modern luxury consumer’s appetite for new, niche accessories labels.

The brand is primarily known for mixing natural materials such as wicker and leather in elegant, structured shapes that remain relevant to today and in tune with trends.

“When the Rodo team came to my studio in Florence and asked me if I knew about the brand, I just told them to follow me. I opened the door to my archive and showed them a shelf that was filled with Rodo bags from floor to ceiling,” said González. “They have a sensational archive, it’s a real treasure. So what I’m doing is not redesigning but giving each bag an identity and helping the team focus on their DNA. When you’ve been there for 30 years from eight o’clock in the morning to eight o’clock at night, you often don’t see the treasures. But they are the best manufacturers in Italy, the actual factory is a jewel and the generation now running it was born in the factory and has been working on the brand since they were born.”

So far, González has brought back a series of archival styles dating from the Fifties through to the Eighties, focusing on both the commercial wicker styles and chic leather frame bags.

“They were the gods of wicker, so wicker is going to be there in the collections. It’s a material that means summer, but I find that you can also wear it in winter, especially as we’re talking about being more careful with the environment. It’s a beautiful, natural material,” said the designer, pointing to elegant wicker clutches or top-handle bags featuring leather flaps and wicker bodies, as some of the key styles. 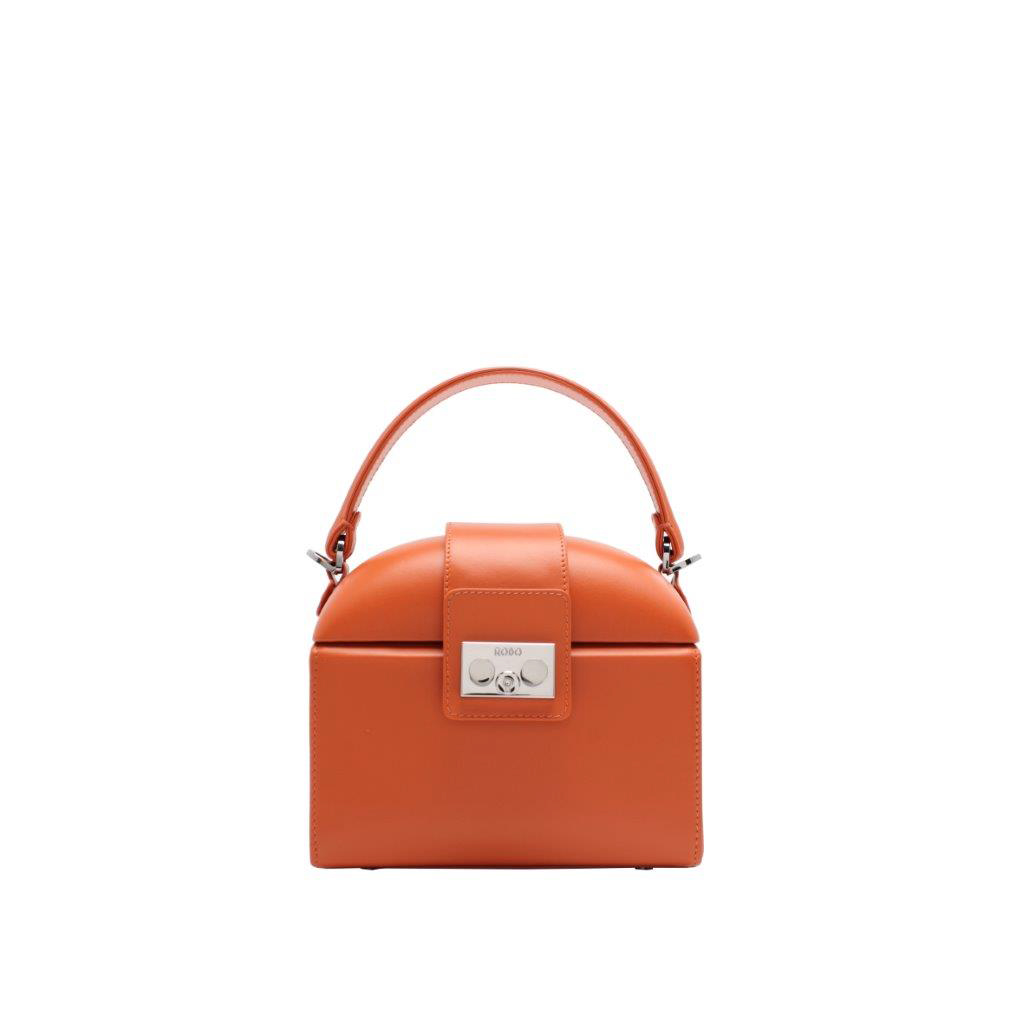 A style from Rodo.  Courtesy Photo

He added that the brand’s leather totes — which come structured and in bright pops of color — as well as special, design-led pieces discovered in the archive, will also be taking just as much prominence: “What I want to transmit to the company is that we need to be commercial, without losing the spirit and heritage of the brand.”

The bags, which are competitively priced due to the company’s vertical operations, will be sold at a small number of key retailers such as Matchesfashion.com, Harrods and Bergdorf Goodman, as well as González’s Marylebone, London, store, which houses the collections of men’s and women’s sandals for his namesake label, Alvaro.

Cassie Smart, head of women’s wear at Matches, said: “Alvaro is introducing a new way of speaking about these bags, and the prices for the frame bag are some of the best in the market.”

“We are going to have the bags in our London store because I have a personal connection to the brand and what a better way to use our window in London to let people know about this brand they might not have heard of,” added the designer. “For [my namesake brand] having both shoe and bag categories under my umbrella is too much at the moment; I need to focus on one category and do it well. So for me, this was a way of getting the best of both worlds, it closes the circle. If you put our sandals next to the Rodo bags, you can instantly see the connection.”

After many years of working on a freelance basis for big luxury houses, González started his own label in 2013 and opened his first store in London’s Marylebone neighborhood two years ago. His collections focus on well-crafted leather sandals and are peppered with smaller accessories such as leather pouches and eyewear cases, often worn with long straps as chic cross-body bags.

“In the last year, we refocused the brand back to what it was at the beginning and created a core range. Then we’re also doing collaborations with girlfriends, because I’ve always found that the exchange of opinion makes everything richer,” said González, who is also readying the launch of a capsule collection of nine new sandal styles created with friend and fellow designer Kim Hersov, for Matches, one of the brand’s biggest partners.