Unstable trade conditions cast a dark mood over the annual event, which celebrates achievements in the accessories category. 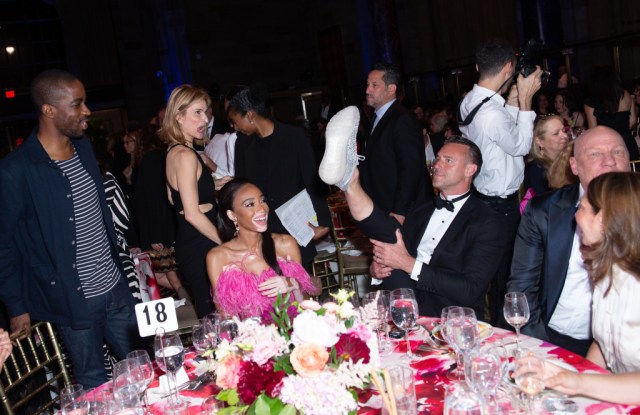 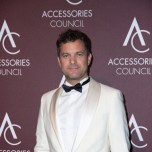 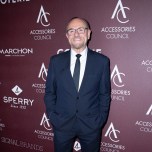 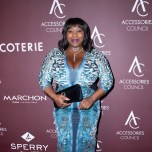 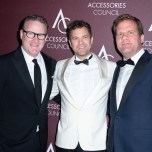 “In these times, you know, sometimes just surviving is OK,” said a glum attendee mingling at Monday night’s ACE Awards. While not typical chatter for a gala celebrating achievement in the accessories category, President Donald Trump’s Chinese trade war tariffs had cast a dark mood in the room.

The tit-for-tat trade showdown has already resulted in the lynchpin handbag category being slapped with an additional 25 percent import tax. Recent reports have suggested that all other categories not already subject to new tariffs could come next — thus placing apparel, eyewear, home goods, jewelry and the rest of the fashion industry in the position of political pawns.

“Consumers aren’t going to pay more, they are just not going to buy it,” was overheard from another corner of the cocktail hour, where tariffs dominated the conversation.

“We are free trade, one of the great things about our country is that it opens up borders and people play nice with each other — peace, prosperity, you know?” he added.

“We are highly concerned about it,” concurred Joseph Boyle, executive vice president for Columbia Sportswear, the evening’s Legacy Award winner. “Anytime new tariffs or instability with taxation as it relates to consumer products around the world is not a good thing for business. Anytime a tariff is imposed, it’s ultimately a consumer tax.”

A high-ranking executive for a leading eyewear manufacturer, who requested anonymity, said that moving his firm’s eyewear production out of China could take between two and five years. “The question is often, can you move it to the U.S.? There is no eyewear industry here and even with 25 percent taxes, the U.S. is not competitive when it comes to labor costs. Bangladesh, Cambodia and maybe Vietnam could be the place but right now the capacity is not there,” he said.

Brian Murphy, owner of the specialty shoe and handbag label Loeffler Randall, said that over half the company’s production is currently based in China. “To move things would take nine to 12 months, hypothetically I’d try to move back to some EU-based production. We have always had great partners in Brazil. I think Latin America in general will be a big beneficiary of tariffs because the time zone and travel are pretty convenient for people,” he said.

In August, Accessories Council president Karen Giberson traveled to Washington to testify against handbags’ inclusion in Trump’s third wave of trade war retaliations. While bags were not ultimately spared, Giberson revealed at Monday night’s awards that she intends to return to D.C. next week for additional lobbying efforts. “If you take one little category, it’s like cutting down a tree with an axe — just how many more chunks can our industry take before we are really compromised?” Giberson told WWD of her motives.

In the meantime, she is advising Accessories Council members to “treat sourcing like a stock portfolio — you should have an assortment of factories in different places with different competencies. I think the short-term people are not able to shift production really quickly, and if they do it’s risky from every angle.”

Jewelry designer Kendra Scott said that her firm has been diligently working to diversify its sourcing and production. “It’s hard when these tariffs hit because companies here in the U.S. are competing against the world and we need to be globally competitive. It hits the U.S. consumer and it hits the U.S. designer,” she said.

Scott admitted that production in South East Asian nations — a region considered one of the most logical alternatives to China — can be risky, considering murky workers’ rights protections there. She sees this as an “opportunity for us as fashion designers to take this movement and do something good beyond our borders and help unbelievable people in other countries who really want to work and have incredible skill sets. It’s our job to give them opportunities in a safe and amazing environment.”

The designer currently manufactures dinnerware in a Bangladesh facility that “created a school for its workers, helping women who have had difficult lives get an education and opportunity — all of the things our brand stands for.”

Marchon chief executive officer Nicola Zotta was less upbeat. “We think it’s quite likely the tariffs will happen and it’s a lose-lose situation where the consumer will pay some of the consequences and the industry as well will sacrifice profits. It will take away sources for innovation and marketing capabilities,” he said.

Fast fashion, with its low prices and quick production turnaround, has less wiggle room to incorporate tariffs into its pricing model. “Prices are going to go up,” said Giberson. “Initially the manufacturer may take the hit, particularly if tariffs are enacted quickly, because no retailer is going to say they are happy to pay more for goods.”

Zotta is wary of fast-fashion eyewear quickly shifting its production to new, unproven factories. “Those are big volumes, if the quality is not there or there is a big scandal I think the overall image of eyewear as a category could be negatively affected.”

Additional ACE Award winners Monday night included 10 Corso Como, for the retail innovation award; the Breast Cancer Research Foundation for the philanthropy award; Ciara for the style icon award; Jackie Demeterio for the style ambassador award; Kering Eyewear for the Business Visionary Award; Rachael Ray for the business launch award; Rent the Runway for the retail innovative award; Saks Fifth Avenue for the retailer of the year award; Sperry for the sustainability award, and Todd Snyder for the designer of the year/collaboration award. The 2019 president’s award was given to Steven Roberts and RJ Graziano.