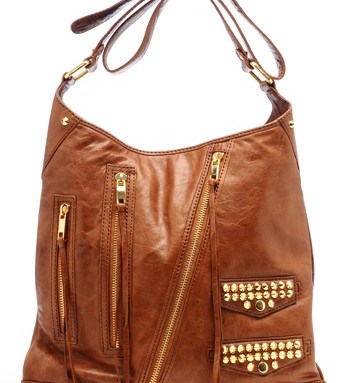 Exhibitors spent the last year working closely with their suppliers on keeping prices down and retailers pleased. In turn, buyers had larger budgets for spring than a year ago and sought well-designed product at a value.

“Designers are really working to bring us terrific price points that will bring a smile to the customer’s face,” said Ken Downing, senior vice president and fashion director at Neiman Marcus. “The opportunity to find sharp price points has been exciting, and we believe that we are in a moment where women want to buy costume jewelry and pair it with their diamonds. So we are happy to shop this show, and there’s a lot of talent in that segment here.”

Downing focused on tribal motifs for spring, as well as a layered concept with bangles and bracelets. He cited Alexis Bittar as one designer the retailer is supporting for spring.

Bittar reported a 60 percent increase in sales over last year’s January show, claiming retailers — specialty stores in particular — may have underbought out of fear last year, but are more confident moving into 2010.

“Stores reacted so quickly to last year’s fallout and ordered so sparingly that they didn’t buy enough,” Bittar said. “Now they’re realizing that if it’s interesting and good, it will sell. There is a market for unique pieces that are priced well.”

“In the last year, it’s been almost a case of Darwinism,” Assoulin said. “Many lines didn’t get through, unfortunately, but the strong stayed on. But there is no cutting corners. If we don’t design well, people won’t buy.”

Rebecca Minkoff president Elissa Bromer said the show was going better than expected and reported that “less retailers [were] taking notes and more [were] leaving paper.”

“We feel the worst is over, but there is a heightened awareness to buy smart,” Bromer said. “Great product is going to be the driver in 2010.”

In her second showing at the Accessorie Circuit, designer Kara Ross experienced multiple opportunities to meet with online retailers, where the majority of her growth took place in the last year.

Mary Louise Van Der Wilden, owner of Le Papillon in Rumson, N.J., shopped AccessoriesTheShow for “fashionable but reasonable” accessories. Her store caters to what she describes as classic women seeking classic items, such as scarves by Echo Design and evening bags by Grace Chuang.

“It’s never going to be how it was, but I’m definitely more cautious pricewise about what’s out there,” Van Der Wilden said. “It’s very different from how we used to buy.”

Adrienne Vittadini handbags president Barry Kramer opened 24 to 36 new accounts at the show. He thought it was because of his ability to provide bags at the right price — mostly between $200 to $300 retail — as well as offer quick turnaround times.

“We believe our competitors have fallen victim to the ‘lowest-price-point-wins’ theory,” Kramer said. “Product needs to stand for itself and we’re not going to dumb it down. We feel we’re in the right place at the right time.”