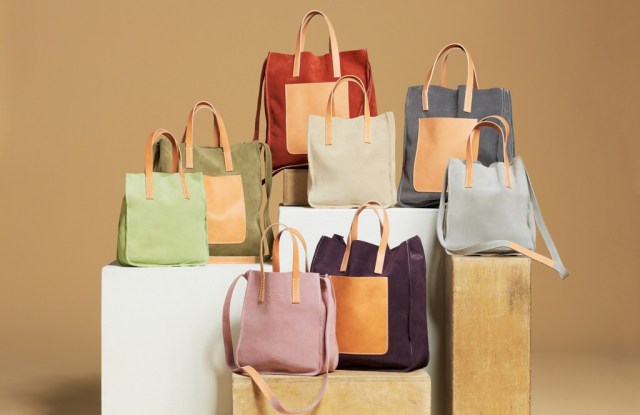 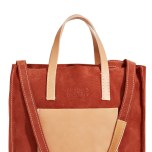 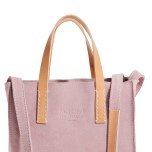 In its quest for further growth, Calypso St. Barth has added a new label to its arsenal of accessories brands.

This story first appeared in the July 23, 2013 issue of WWD. Subscribe Today.

Fairchild Baldwin has created an exclusive collection of eight collapsible totes, according to Calypso president Stefanie DiRienzo-Smith, who said that the retailer is rolling out the bags in its stores and on its Web site. Calypso will introduce the bag to shoppers via trunk shows in its Long Island boutiques in Southampton and East Hampton on Aug. 1 and Aug. 3, respectively.

Dubbed the Daisy Bag, the Vaccheta leather totes, which come in two sizes, Big Daisy, a larger bag, for $495 and a smaller size, Mini Daisy, for $295, will “punctuate” Calypso’s assortment of colorful ready-to-wear, accessories and fragrances, the executive told WWD.

“Accessories is and will always be an important assortment for our brand,” DiRienzo-Smith said. “We are always looking for an interesting collaboration.”

According to Calypso creative director Elisa Miller, totes tend to be bestsellers for the resort-inspired store, which is known for its vibrant collections. Miller referenced the handbag’s color palette, which includes rust, purple, ash, olive and pistachio.

Although DiRienzo-Smith had been aware of Fairchild Baldwin’s collection, it wasn’t until Jill Fairchild, the brand’s founder, sent over a note, along with a tote from the brand’s line.

“She sent over a pink bag because she knew it was our brand’s color,” DiRienzo-Smith said. “And a note that said, ‘Buy this bag.’ Just kidding, but she mentioned the Daisy bag and she thought it would be great for our stores.”

Following a visit to Fairchild Baldwin’s showroom in New York, DiRienzo-Smith was sold on the product.

Owned by Solera Capital LLC, Calypso currently has a fleet of 38 stores, and it plans to open doors in Denver, Century City in Los Angeles and Hawaii in the near future.

Although she declined to provide sales figures, DiRienzo told WWD annual sales for the brand would hit $60 million two years ago.