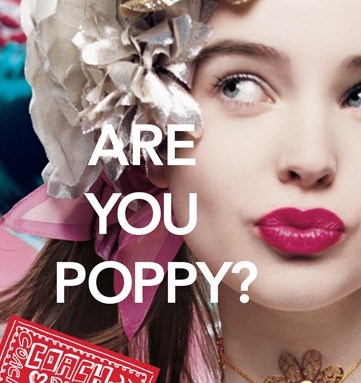 Upbeat, preppy and playful is how Coach describes its new Poppy collection, and now the American accessories giant is reaching out to its customers with that same attitude.

This week, the brand will embark on an expansive marketing campaign for Poppy, a collection of brightly colored, printed and embellished accessories that retail from $48 to $598 that hits the company’s 324 North American stores Friday. The line, which includes categories such as handbags, footwear, jewelry, watches, eyewear, small leather goods and selected apparel, is a more lighthearted approach for Coach, whose average handbag price is about $325. The marketing campaign has several components — some brand new for Coach, including partnerships with bloggers.

“We’ve always been focused on traditional media,” said Mike Tucci, president North American retail for Coach, which typically advertises in print and outdoor. “What we’re really concentrated on is a diversified multimarketing campaign. We’re using new media as a platform, fashion blogs and in-store events. We really wanted to take a much more aggressive approach to marketing [Poppy].”

The Poppy line homes in on the existing Coach customer, but is also aimed at garnering new ones.

“It’s not a time where the customer is going to respond to the same old,” said Tucci. “You need exciting products and a very strong point of view.”

On July 1, “Are You a Poppy Girl?” will launch on coach.com. The program is focused on viral marketing and user-generated content, with options such as designing a custom Poppy scrapbook page. There also will be a newly designed Coach Facebook page, a presence on Twitter and an advertising campaign with Yahoo.com.

On Friday, a Poppy microsite, coach.com/poppy will kick off e-commerce in addition to a New York-centric initiative in which six double-decker Manhattan buses and 300 telephone kiosks will be emblazoned in Poppy signage until the end of July.

In-store events include partnerships with fashion blogs such as FabSugar in San Francisco and JustJared in Short Hills, N.J. At such events there will be a themed candy bar, gift-with-purchase incentives and a signature playlist by New York DJs the MisShapes, as well as a photo booth where photos will be uploaded onto coach.com/poppy and Facebook.

In Japan, where Coach has a significant investment with 156 stores, the brand will unveil Poppy-Chan, a virtual character inspired by Japanese pop culture. The seven Poppy-Chan characters, such as Blueberry, Pinky and Pepper, each represent a different facet of the Poppy girl. There are also seven themed totes corresponding to the Poppy-Chan personas that will be sold in Japan and will be available in limited edition in the U.S.

As part of the inauguration for the line, the company flagship in Shibuya will be wrapped in the collection’s prints and signage.

Tucci said the company tested Poppy in select stores in North America and the results showed the appeal of the line extends to a broad age range.

He added that Coach likely will go forward with similar marketing strategies for other lines.