Stars of fashion, music, and film are expected to shine at the 2008 Accessories Council Excellence Awards that take place tonight in Manhattan. 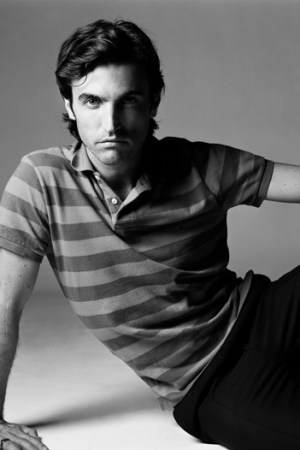 Stars of fashion, music, and film are expected to shine at the 2008 Accessories Council Excellence Awards that take place tonight in Manhattan. Here’s a look at this year’s honorees.

Nicolas Ghesquiere for Balenciaga,
Designer of the Year

Balenciaga’s creative director is fond of baubles, from the launch of his first bag for the house, aptly named the Classic, in 2001 — still the brand’s bestseller — to the conception of the company’s Edition jewelry line in January 2004 based on crystal and sterling silver incarnations of archive Cristóbal Balenciaga designs. The pieces helped catapult the costume jewelry segment to the high-profile perch on which it rests today.

“They allow a client to speak to their personality, to say I am fashionable but not a victim,” said Burstell, adding the Edition line “superbly” manages to keep the original Balenciaga spirit while moving forward in a modern way.

“At the beginning of the Eighties, the Birkin bag was created and became instantly an icon,” said Sebastian Manes, director of accessories and lingerie for London’s Selfridges department store. “At the beginning of this century, [Ghesquière] created the Lariat, a masterpiece, which is yet to be [recognized as] an icon.”

Spring-summer 2007 saw the introduction of Balenciaga’s sunglasses line, while May saw the launch of the house’s first commercial Web site, open to the U.S. market only, that for now is dedicated to accessories.

A dedicated animal lover and lifelong vegetarian, Stella McCartney was never going to approach her fashion career in a conventional manner — or at least not like her leather-loving peers.

When she launched her accessories line in 2006, McCartney made sure they were a mix of man-made and natural fabrics like nylon, vinyl and techno canvas.

“I do want to show that accessories can be made from a more ethical viewpoint — and be sexy and cool,” the designer said at the time. “The myth of leather — that every bag and shoe needs to be made from it — needs to be broken down. It’s a bit caveman.”

Today, that collection of shoes, bags and accessories has been a fundamental driver behind the success of her brand. In 2007, profits at Stella McCartney Ltd., the U.K.-based division of her business, soared nearly sixfold to more than 1 million pounds, or about $1.56 million, while turnover rose to 11.3 million pounds, or $17.6 million. Her green credentials do not stop there: The designer has an organic skin care line known as Care, and Organic, a capsule ready-to-wear collection that sells at Barneys New York, Harvey Nichols and Stella McCartney stores worldwide.

Green Designer of the Year is a new award for ACE, and Leiber, which makes the trophies to look like their jeweled evening bags, has designed a green version to bestow to McCartney.

Jimmy Choo, Brand of the Year

With projected sales this year of 110 million pounds, or $172 million, and a host of red carpet, TV and film credits, Jimmy Choo is one of British fashion’s success stories.

Founded in 1996 by Tamara Mellon, the company has grown from a start-up famous for its sexy heels in turquoise tie-dyed snake or tiger print into a power brand with a worldwide network of shops and handbag, accessories and sunglass collections. Jimmy Choo’s first fragrance will launch next year.

A consistent strong seller at retailers including Saks Fifth Avenue, Net-a-porter.com and Nordstrom, the brand is upping its game even further by maintaining its daring designs, boosting the number of collections it produces each year and expanding its e-commerce platform. Jimmy Choo has also captured the popular imagination in Britain: It’s now an integral part of British bingo games played up and down the country. For the young and old, the plain and the fashionable, the number 32, when called out by the bingo-master, is known as “Jimmy Choo.”

Lorraine Schwartz, Innovator of the Year

While her counterparts with stores on Madison Avenue may seek to impress by pomp and circumstance, Lorraine Schwartz wants her clients to feel at home when shopping at her private Fifth Avenue atelier. The designer is known to show her lavish array of jewels over a family-style lunch, with her pup at her feet and framed pictures of herself and her friends and clients such as Beyoncé Knowles, Jennifer Lopez and Elizabeth Taylor behind her.

Schwartz, a native New Yorker, is a third-generation diamond dealer. She started her brand nearly eight years ago. The collection, which she sells privately and through Bergdorf Goodman, is extensive and lavish, from large emerald and yellow diamond necklaces that span into the seven figures to loads of her signature rose cut diamond bangles.

“My jewelry is over the top, but each piece is very chic and very clean,” said Schwartz.

During her career, Schwartz has given the industry a jolt, pushing innovative looks like rubies inlaid into a carved cuff of 200-year-old ivory or oversize diamond “scarf” earrings that are nearly as pliable as the silk ones at Hermès. Her signature layering look has been mimicked worldwide.

“Certain jewelry can be aging, but women who have worn my jewelry tell me it makes them feel young and sexy,” said Schwartz, who finds her inspiration through travel, art and nature, and turns tradition on its head by setting gemstones upside down and experimenting in titanium pieces.

Emilio Pucci, “the Prince of Prints,” left a strong and colorful mark in the fashion world.

The Marchese Emilio Pucci di Bersento broke into fashion via innovative, trendy skiwear and started other apparel in 1947, when he designed brightly colored blouses over matching capri pants.

Seven years later, he introduced the famed silk jersey dress that catapulted him to success and wooed the likes of Marilyn Monroe, Lauren Bacall, Jacqueline Kennedy and Jacqueline Susann. His seemingly endless variations on his bold, colorful and graphic patterns were inspired by his many journeys to India, Africa and Bali.

Pucci transported his verve for color and abstract motifs into many categories, from sails to stockings, but above all to accessories, including silk scarves. From the start, the designer was a firm believer in the head-to-toe look — for example, his early ski pants had matching colorful suede booties. In addition, his no-fuss leather sandals were a favorite of Maria Callas.

But it was his colorful swirls splashed onto handbags that attracted fashion lovers with a dose of bravado. Starting in the early Sixties, Pucci crafted bags in all forms, from doll-size clutches to doctor’s bags and beach totes, in his staple patterns and lined with sherbet-hued glove leather. He made sure that each pattern was placed differently on the back and front to make each bag unique. Now the company, which is owned by LVMH Moët Hennessy Louis Vuitton, has a thriving accessories business and recently launched eyewear in tandem with Marchon.

Banana Republic, Retailer of the Year

Banana Republic may have been known for chic suits and preppy peacoats, but now hobo bags and oversize cuffs are just as attention-grabbing. The 30-year-old retailer has bolstered its accessories in recent years to include handbags, jewelry, small leather goods, belts, eyewear and shoes.

Eyewear and shoes are the only licensed categories — eyewear is produced by Safilo Group SpA and women’s and men’s shoes are produced in partnership with Camuto Group and Clarks Shoes, respectively.

“This honor is really quite out of the blue and unexpected,” said Simon Kneen, creative director and executive vice president of design at Banana Republic. “But for us, accessories are important and we have developed and evolved so many categories over the years and they are a true expression of what the brand stands for.”

Kneen said the store seems to have all of its bases covered, for now.

“We’re pretty saturated as far as categories are concerned,” said Kneen. “We have a lot of them and we deliver accessories all year. It’s a constant business for us, whereas it used to be more seasonal, but we continue to grow the business.”

Cate Adair, Influencer of the Year

Cate Adair, costumer designer for “Desperate Housewives” and creator of the Cate Adair Collection bag line, calls it “overwhelming” to be named Influencer of the Year.

“For an English girl from a tiny town in Kent, it’s a rather heady group to be in,” she said.

Though the characters she dresses and the actresses who play them have become household names over the last four years, Adair says she still tries to answer every e-mail she gets from viewers looking to find Gabrielle’s (Eva Longoria) skirt or Susan’s (Teri Hatcher) dress. Combining off-the-rack pieces from Dolce & Gabbana to Gap with her own designs and reworked vintage, is, for Adair, the best part of the job. But it was the necessity of a work bag that she could take from her wardrobe trailer to a Rodeo Drive appointment to a studio meeting that led her to create her own affordable, functional line, wholesaling from $74 to $247 and sold in boutiques nationwide.

“I wanted something with whimsy and quality that I could use without breaking it,” she said.

Vogue fashion news and features editor Sally Singer took a rather literary path to fashion — before she had top positions at New York magazine, Elle and British Vogue, she worked at the London Review of Books and as a book editor, and did graduate work at Yale.

As for joining the fashion world, “I wouldn’t have even known to have that as a goal. But once I made the switch, it all made sense.” In her near-decade at American Vogue, she said, “The accessory as an object and as a metaphor increased in importance….I think accessories are often the way people buy the special things that create their own personality.”

She added, in a sign the grad-student vocabulary is still intact, “When something is miniaturized and crystallized it’s more exciting.”

Elle Magazine, Magazine of the Year

For Elle, accessories are more than just the icing on the sartorial cake. “It’s such a fundamental part of how we cover fashion,” said editor in chief Robbie Myers, from extensive front-of-book coverage to features and its stand-alone special, Elle Accessories (the title has been suspended, but parent company Hachette Filipacchi Media is mulling a return in 2009).

But beyond covering the latest trends, the shiniest baubles and sought-after stilettos, explained Myers, “We cover accessories designers with a real commitment and excitement to the artistry” of their craft. The magazine is this year’s ACE recipient for Magazine of the Year, yet another accomplishment for a 1 million circulation title enjoying a surge in popularity thanks to its involvement in two popular TV shows, Bravo’s “Project Runway” and ABC’s “Ugly Betty.”