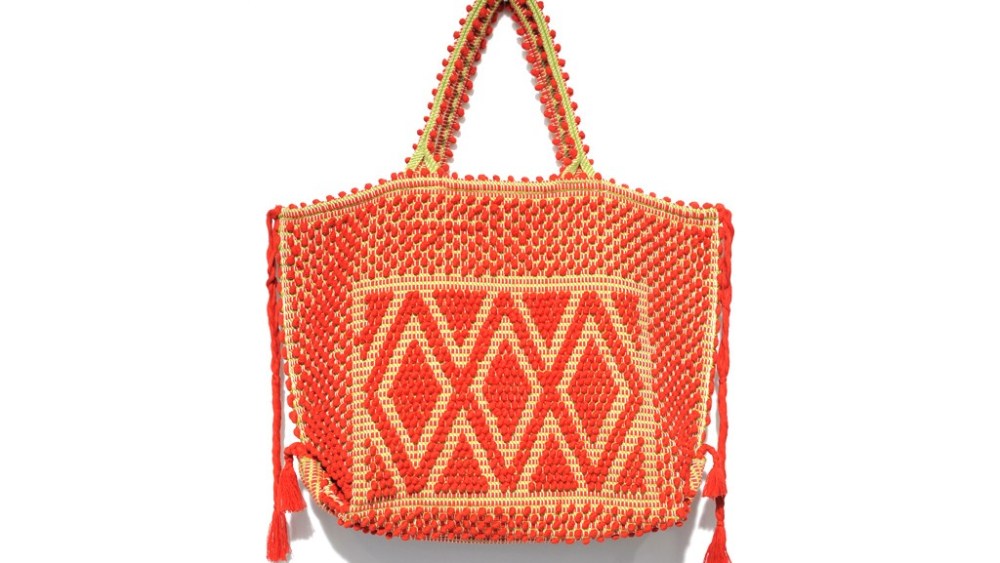 PARIS — Traceability and craftsmanship were among buzzwords for buyers attending the recent Première Classe Tuileries accessories trade show, with premium European accessories brands enjoying a strong presence at the event. Buyers are willing to pay for savoir-faire and tradition, exhibitors said, but they are placing small orders and imposing unreasonably short delivery times.

Exotic skins were in rich supply, from a new line of python belts at Maison Boinet to glistening black stingray iPad holders at Manufacture Jean Rousseau, a French luxury watch straps specialist, which launched a leather goods line six months ago. The brand, which has its own tannery and manufacturing site based in France’s Franche-Comté region, which borders Switzerland, had an on-site artisan creating card holders at its stand.

“We are looking for classics, items that promote craftsmanship. It’s important to explain to people how and where designs are made,” said Sandy Bontout, a buyer for Zalando Group.

Nicole Sewall, apparel and accessories buyer for the Anthropologie-owned wedding and special occasions e-commerce site, Bhldn.com, echoed: “For our customer, she wants to know who the designers are. We always set aside a budget for this salon as you get better design, better quality and creativity.”

She especially liked the ceramic animal jewelry creations by Spanish newcomer Andres Gallardo, and the “graphic but fine” handmade filigree designs by Mallarino. The latter brand is based in Paris but works with artisans in Colombia from where sibling founders Lucia and Isabella Bueno-Mallarino hail.

Sophie-Charlotte Van Robais, director of heritage Bordeaux, France-based hunting brand Alexandre Mareuil, which launched its leathergoods line three seasons ago, said clients appreciate the fact the company has its own atelier. Highlights from the spring-summer 2013 collection included a leather bucket bag with a canvas closure and a silk scarf decorated with hunting illustrations by Esther Bonté.

“Handbags are still classic, with a lot of pastel colors,” said Kusule Ushe, a buyer for Isetan, Japan.

Naomi Bartee, an accessories buyer for Barneys Co-Op in New York, said: “I’m seeing longer lengths on necklaces and there is more colorful jewelry, incorporating colored stones. For bags, the minimalist look is still key — Dear Celine is still setting the tone.” For materials, she saw a lot of patch-working and plays on surface contrast, such as leather with canvas or solids mixed with print.

“Everybody wants light and easy but interesting, and bags that close,” commented Doris Pang, sales director at Jérôme Dreyfuss, which continues to raise the bar in terms of textile research. New styles included a mixed-media bag combining croco-effect calf, elaphe water snake and canvas. “Buyers are going for extra special pieces, there are no more seasons, the leopard designs are still strong,” added Pang.

Jocelyn Whipple, a specialist in sustainability who was sourcing for Livia Firth’s green concept store, Eco Age, which is based in West London, lauded the oversized eco-friendly hand-woven totes by Antonello, which is based in London but works with cottage industry weavers based in Sardinia. “What I look for is attention to workmanship and celebration of craft,” said Whipple.

While many of the show’s small accessories designers were concerned with going upscale, it didn’t always play in their favor, with buyers at times balking at prices.

Lingering in front of a classic-shaped handbag in camouflage canvas by Italy’s IP & Mr Famous, Naohiro Takeda, owner of Baycrews that co-owns Madame Figaro, a Tokyo-based multi-brand store, said: “By the time we convert the price it will bring it up to $900. You can buy a Miu Miu bag for that.” Business is still tough in Japan, he said.

Likewise, Dania Ghandour, a buyer for Cream, based in Jeddah, Saudi Arabia, loved Austrian brand Andy Wolf’s “on trend” sunglasses range but was put off by the price tag. “They’re the same price as Prada and Chanel,” she exclaimed.

Livia Stoianova, co-founder of On AuraTout Vu, said buyers were more hesitant than usual about placing orders, pushing for discounts and requesting very short deliveries. “People no longer want to order for the long term. Some want deliveries in two to three weeks. I’ve even had a few clients wanting to take product away with them, and that’s new. It puts huge pressure on designers for production.” Demand was still strong for high-end product, however, she said, such as a crystal cuff retailing at around $1,000.

“It’s tough out there and summer was slow with the Olympics but we’ve seen strong sales growth,” commented Katie Wade, buyer for accessories, lingerie and swimwear for Cocosa, an online designer discount store owned by Mohamed Al Fayed.

First-time exhibitors at the salon included hosiery designer Nicholas Messina, who had just launched his Bar-a-collants.com e-commerce platform for his France-made collection of tights and stockings with handmade seams. Messina presented collaborations with fashion and footwear designers Steffie Christiaens and Fred Marzo on two designs, with new hook-ups to be introduced each season.

“Since the Eighties, not much has happened in the hosiery universe. I wanted to introduce my take on it,” Messina said.