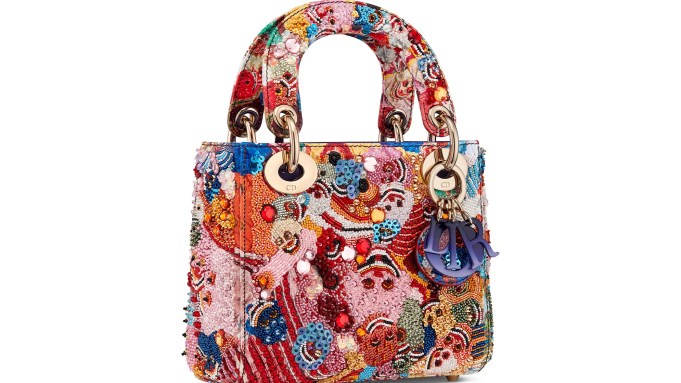 PARIS — In a sign of its continued focus on China, Dior will open a retrospective of its flagship Dior Lady Art project in Shenzhen on Saturday, including reinterpretations of the iconic handbag by leading contemporary Chinese artists.

Zhang Huan and Li Songsong are among the 12 artists participating in the sixth edition of Dior Lady Art, which will be unveiled in Shanghai in November.

In the meantime, visitors can get a preview of their creations at the “Art ‘N Dior” exhibition, set to run at the Museum of Contemporary Art and Urban Planning in Shenzhen from Saturday to Oct. 20.

Dior has been multiplying high-profile events in China since the country emerged from the coronavirus pandemic last year, as Chinese consumers have curbed their traveling and are spending more at home.

After a repeat showing of its pre-fall collection in Shanghai in April, and a high-jewelry event in Chengdu in June, the French luxury house is turning its focus to art with the Shenzhen exhibition, rooted in the history of founder Christian Dior, who was a gallery owner before becoming a couturier.

The show will include a section dedicated to the roving exhibition “Lady Dior As Seen By,” featuring pieces by Wu Jian’an, Zhang Ding, Liu Yue, Liang Manqi and Cai Ling.

A room dedicated to photography will feature the work of the winners of the Dior Photography and Visual Arts Award for Young Talents and the Dior, The Art of Color prizes, which are awarded to emerging talents during the prestigious Rencontres d’Arles photography festival.

Zhang and Li have been collaborating with the house as far back as 2008, when they took part in an exhibition on “Christian Dior and Chinese Artists” at the UCCA Center for Contemporary Art in Beijing.

“It is very rewarding for the work to blossom in the land where it was nurtured and for art to become a fashion trend in China,” Zhang said in an email.

Known for working with water, blood, ice and ashes in provocative performances that push his physical and psychological limits, the artist said he hoped to infuse “some soul into luxury fashion” with his four creations for the Dior Lady Art project.

One was inspired by a wood carving of a door panel featured in his “My Winter Palace” solo exhibition at the State Hermitage Museum in Saint Petersburg.

After returning to China in 2005 following eight years overseas, Zhang switched from performance to sculpture and reconnected with the culture of his homeland. Ancestral Chinese cabinetmaking inspired the fine details of the bag.

“To me, Chinese traditions and craftsmanship are as important as the lines on my ID card,” he said.

“The designer used a piece of real wood embedded in the handbag and performed exquisite carvings to perfectly represent the charm of the work. This is a unique collaboration and a bold experiment. Constantly trying new possibilities and pushing things to the extreme is what I understand Dior to be about, and what I believe in as an artist,” Zhang added.

His Sakura Field mini bags are embroidered entirely with beads and sequins, representing a field of flowers dotted with Buddhist masks. The final design is a holographic version, featuring the same faces in 3D printing.

Li, meanwhile, used Lady Dior bags in three different sizes as a canvas for one of his prints works, “Swordsmanship (III),” functioning together like a triptych. Back in 2008, he had represented the bag in the form of a monumental neon sculpture.

Reflecting on the role of artists in China today, Zhang said it was all about evolution. “Whether in China or elsewhere, artists are forever looking at the world in new ways and creating works that reflect the times,” he noted.

He has high hopes that, beyond their commercial appeal, the Dior Lady Art bags can spur meaningful conversations. Asked what he hoped to provoke, he replied: “To create an illusion of happiness as well as a new perspective on the meaning of life and the future of mankind.”