Dylan Lauren in Pact With LeSportsac for Handbags

Dylan's Candy Bar is launching a bag collaboration with the brand, in an effort to expand the candy retailer's reach internationally. 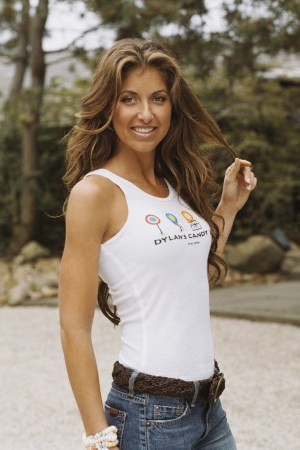 Like her father, Ralph Lauren, Dylan is in the branding business, and she hopes to lift her company, Dylan’s Candy Bar, to an “aspirational” level through fashion collaborations. While she’s introduced rain boots, stationery, tech accessories and jewelry, her most recent deal, a handbag line with LeSportsac, signals an international push for her brand.

“Unlike our other licensing deals, this is more of an international push,” Lauren told WWD. “It will be a big thing in Asia.”

LeSportsac, which is owned by Japanese company Itochu Corp., has broad distribution in Asia, she said, explaining that the bags will be available in LeSportsac’s freestanding stores worldwide and in her candy stores. Shoppers can also buy the bags on lesportsac.com and on dylanscandybar.com.

That distribution will ensure that the collection, which includes 14 LeSportsac silhouettes in three vibrant candy prints, will be available in Japan, Korea, Latin America, the Middle East, France and the U.S. Called Candy Spill, Sweet Talk and Sugar Cube, the three main prints accompany two styles, the Sweet Stash Tote and the LeSweetsac.

All styles are made of LeSportsac’s rip-stop nylon and include a gum-ball charm, and will range in price from $18 to $188. The collections will hit stores in two waves, the first will be available in August, and the second in November.

When asked why she chose LeSportsac for her first bag collaboration, Lauren underscored the brand’s broad appeal. “It’s not too elitist,” she said, of the bag-maker. “It’s very accessible but considered fashionable around the world.”

The “world” is the operative word here, noted Lauren, who said that even though she has shops in Los Angeles, New York and Miami, she’s looking to bring her passion for candy to international locales like Dubai and London.

Inspired by the film “Willy Wonka & the Chocolate Factory,” as well as by the strong imagery and intense colors in Pop Art, the former art history major admitted that she had always been eager to integrate candy into design and fashion.

Coming from a notable fashion family, it’s hard to imagine Lauren’s father’s reaction to her desire to bring candy to the people instead of jumping squarely into the family business.

“If anyone understands, he does,” she said. “I want to elevate candy.”