Mary Kate and Ashley Olsen talk about the business strategy behind their contemporary label. 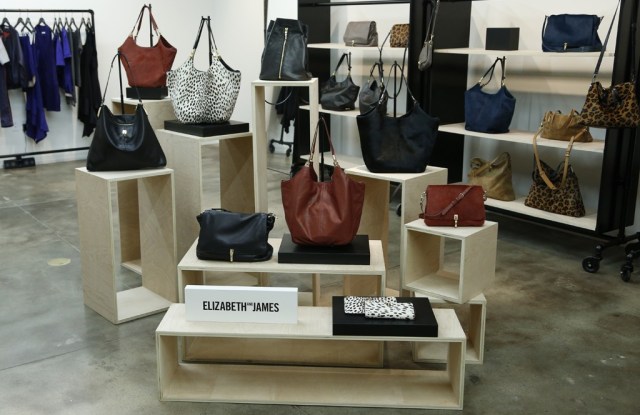 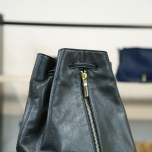 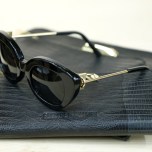 NEW YORK — From their new space in the West Village here, Mary-Kate and Ashley Olsen walk the perimeter of the Elizabeth and James showroom admiring their latest endeavor — the brand’s first handbag collection.

The expansive line — which includes satchels, shoppers, messenger bags, backpacks, hobo bags, cross-body bags, clutches, pouches and wallets —has been in the works for about 18 months, according to the design duo, who co-own Dualstar Entertainment Group, the parent company of Elizabeth and James and The Row.

“We’ve always wanted to do handbags, but we really wanted to understand the market first and what was missing from the market and what’s already existing on the market,” Ashley said as her sister, listening intently, pushed aside her venti Starbucks cup.

“We wanted the price point to be strong,” Mary-Kate said, jumping in. “The price point is below [Alexander] Wang and [Phillip] Lim but above Marc [Jacobs] and Tory [Burch].”

“And Rebecca Minkoff,” Ashley interrupted. “We wanted these bags to be affordable.”

That focus on price may be somewhat surprising — after all, the Olsens’ luxe brand The Row carries bags that range from $2,000 up to $55,000 — but Elizabeth and James isn’t The Row.

The contemporary line serves a different purpose, and the designers know that there is a void in the marketplace for bags with an average price point of $500. They also know that there aren’t many bags at that price that incorporate exotic materials such as Italian suede, leather, haircalf or New Zealand lambskin accented with stamped lizard trim.

Depending on which of those materials is used, the Elizabeth and James bag line, which will hit stores in July, ranges from $125 to $395 for small leather goods and $395 to $625 for bags.

“When it comes down to it our eye definitely goes to simplicity…and strong hardware and branding,” Mary-Kate said. “In this market, I think it’s important to offer color and special materials. The great thing about suede and haircalf is they take color so beautifully.”

Calling the collection “sophisticated” yet “fashionable,” Ashley explained that while there certainly are “pops of color,” the palette is somewhat neutral and “wearable.”

With the exception of two animal prints, a burnt red, a rich navy and a shade of bright cobalt, the bags range from neutral grays to beige and, of course, black, which is the color of choice and veritable uniform for the Olsens. (Both twins were clad in black from head to toe. Only their accessories skewed slightly from the color palette).

“I love black,” said Ashley while modeling a black haircalf backpack over her long, drapey sweater. “I love backpacks, too.”

As the sisters showed off their new creations, they emphasized the importance of the brand’s retail push, which is key to its next phase of growth.

Jill Collage, president of Dualstar, echoed that sentiment, explaining that the brand will open its first retail store within two years. Expect two or three stores to be added soon after. Doors will likely open in New York, Los Angeles and South Florida, with Tokyo, Seoul and London as potential future markets for international expansion.

Backstopping that growth will be a robust e-commerce site that is set to hit in 2014, along with an imminent fragrance launch with Sephora.

Collage said that including its current offerings, namely apparel, footwear, eyewear and jewelry, Elizabeth and James’ business is up 20 percent year-over-year. Since its creation in 2007, the company has grown “sevenfold,” she said, noting that with the addition of bags, the brand has a “really nice accessories story” that can “sit with apparel.” The brand declined to reveal sales.

“You have to offer product across a wide range of categories and tell the story that’s consistent across those categories,” Collage said when asked about the breadth of the bag line. “We wanted retailers to understand that we aren’t taking bags as an add-on and we’re not going after just one ‘It’ bag. We want our customer to get the look and feel of a designer bag at an accessible price.”