LONDON — Animal rights activists may have been angrily protesting during the international fashion weeks and arguing that fur and exotic skins are outdated. There are still young, luxury consumers who think otherwise, and a host of new handbag labels, including Ming Ray, Tyler Ellis and Hanuxe, an emerging brand by the Saudi designer Hanan Aljabr, are aiming to cater to that market.

Aljabr, a handbag collector with intimate knowledge of Middle Eastern tastes, said she decided to launch Hanuxe this year because she spotted the need for more understated, niche designs in the exotics market.

“There is a misconception that Middle Eastern customers like everything that is shiny and expensive, but in reality they are much more understated now, after being saturated with luxury. They want something that shows good quality instead of having a label written all across it,” said Aljabr, whose debut range consists of three styles including a small structured cross-body bag, a sleek envelope clutch and a tote made in precious materials such as ostrich, alligator leather or rex rabbit fur.

Although the brand doesn’t want to limit its customer demographics to a specific age range, Aljabr said she does have her eyes on a younger, digitally savvy consumer. “We have always associated exotic leathers with the older generations, so we’re trying to make the brand a bit younger and targeting customers around my age range, between 26 and 40 years old,” said the designer.

When it came time to launch, Aljabr went straight to the customer, selling via the brand’s own e-commerce platform.

“In Saudi Arabia the e-commerce market is huge. We actually prefer online shopping rather than going into stores because you can see the full range,” said Aljabr, adding that she is exploring the possibility of partnering with a small number of retailers, in the Middle East, but also in markets such as Asia and the U.K.

Exclusivity is at the core of the brand, however, and Aljabr said she “doesn’t want to see the bags everywhere.” She is taking the same approach to design, and plans to introduce a single new style each year.

Tyler Ellis launched her eponymous label in 2011 (it was previously known as Tyler Alexandra) and she quickly garnered famous fans, including Oprah Winfrey, Demi Moore and Julia Roberts, who wear her luxury clutches on the red carpet. She said she’s further looking to refresh the image of the brand and establish it in Europe and the Middle East. A recent collaboration with the Bahrain-based label Noon by Noor was among the first steps she took to enter the Middle Eastern market.

Her latest spring collection features structured mini totes made more modern with cross-body straps, backpacks in jewel tones and a rectangular box bag that can be worn cross-body or around the waist.

“Exotic skins accessories don’t need to be old-fashioned or have that ‘do not touch’ aura about them,” she said. “I live in L.A., which is a very casual city and that really influences me. You can just wear a mini tote over jeans and a T-shirt and you’re out the door, that’s me almost every day,” said the designer, who presented her collection during a small dinner at the Arts Club in London earlier this month.

Ellis said customization plays a big part in her label’s business, particularly in markets such as Asia, and she holds private appointments where customers can pick from a range of colors and have their initials engraved on the bags’ signature gold metal trims.

The London-based Ming Ray is another exotics label that stands out for its playful take on luxury: Structured python and crocodile totes come in an array of youthful shades from silver to pastel pink, while their signature metallic handles are adorned with playful objects, from bejeweled butterflies to shooting stars.

“I think like a couture designer and I like complicated structures; they are harder to copy, which adds more value,” said Ray, who hails from China and had trained with the couture, footwear and jewelry teams of houses such as Alexander McQueen and Jimmy Choo, before starting her namesake label.

One of the most intricately structured styles in the brand’s offer is the Claudia bag, an asymmetric tote that features a metallic canopy of crystal-embellished butterflies on one side.

Ray’s luxurious yet lighthearted approach to design — for which she has coined the term “haute cute” — has captured the attention of a new generation of luxury shoppers, primarily from the Middle East, in search of exclusivity and a youthful aesthetic.

An Abu Dhabi princess was among one of the first customers to purchase the Claudia bag when it launched at Harvey Nichols in Knightsbridge, one of the brand’s main U.K. retail partners. More young Middle Eastern royals followed suit, often expressing their interest via Instagram messages.

Ray stressed that the interest in her high-end handbag designs was more of a pleasant surprise than the result of a carefully orchestrated business plan.

“I created a footwear range to launch my label and one single python bag that would decorate the showroom,” noted the designer. “I never thought of selling it because the cost was so high, it would end up retailing for 13,000 pounds. No one wanted to buy the shoes — but I did sell the bag.”

As she began shifting her attention to exotics, she garnered a network of stockists including Harvey Nichols, Galeries Lafayette and 51 East in Qatar.

Exotic skin bags also have the highest sell-throughs on the brand’s own e-commerce platform. “In our second season, I tried to launch a range of cheaper small pouches priced at 200 to 300 pounds. But guess what? No one bought them,” added the designer.

As the brand develops, Ray aims to expand distribution in new markets, including the U.S. and Japan. “We have already met with some U.S. department stores, but the U.S. market takes time, it needs reassurance. In Japan, the feedback we received is that the style would fit in the market seamlessly.”

She is also planning to introduce a box-shaped style and is considering new product categories, such as fur boleros, always having the needs of her core customer in mind. “Saudi princesses and royalty love to wear ballgowns and they need fur to wear over their gowns.” 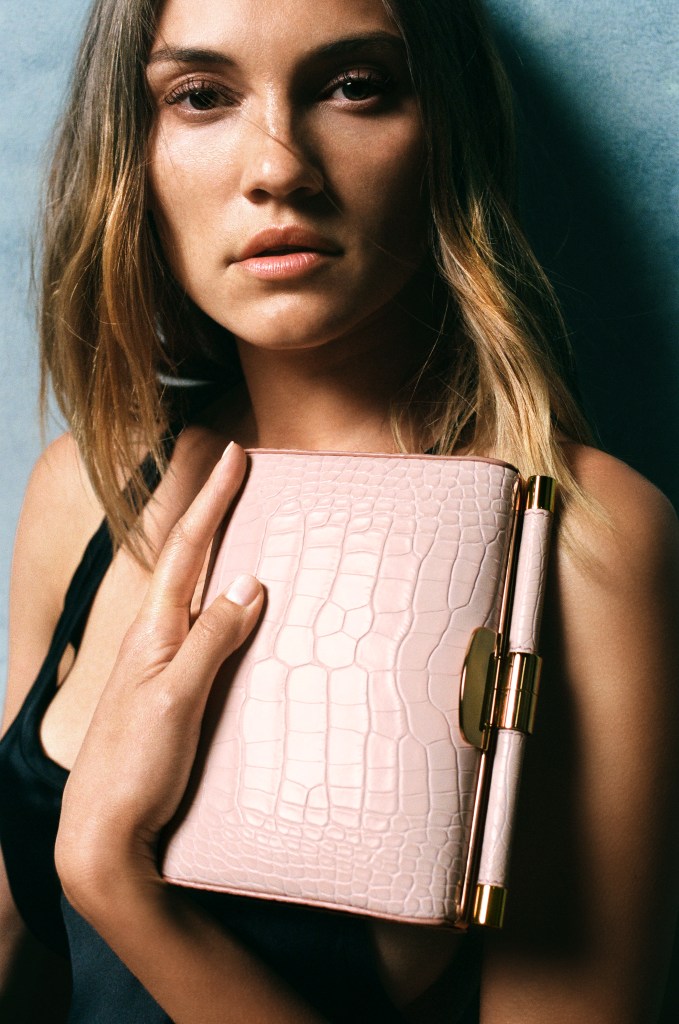 Retailers targeting top-end luxury consumers, such as Moda Operandi, have been expanding their accessories offers focusing on exotics and exclusive ranges.

Harvey Nichols, which stocks Tyler Ellis and Ming Ray, is focusing on modern designs and exclusivity when it comes to the exotic skins category.

“Brands like Tyler Ellis and Ming Ray are definitely attracting a younger audience that is after a more interesting and colorful palette, rather than a black or brown exotic bag. They are both young designers and they are bringing something fresh to the market that is appealing to a wider audience, who is after a real stand-out piece,” said Helena Sotiriou, the store’s senior buyer. “The Harvey Nichols customer likes seeking out emerging designers and are really attracted to the colors and unique hardware on the pieces, as well as the idea that they are buying into something no one else has.”