The first issue of the German-language publication, which is dedicated to long-form writing, debuts this month. 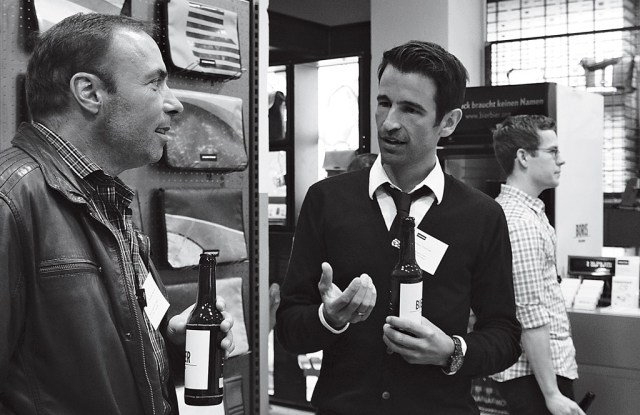 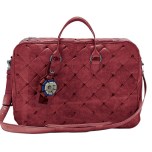 BERLIN — There’s a new chapter for Freitag — the medium meets the messenger bag. The Swiss company, known for its innovative bag designs cut from recycled truck tarpaulins, has formed a partnership with a new journal of long-form writing, called Reportagen.

The first issue of the German-language publication, which debuts this month, includes investigative reports on Berlin’s war between gentrification and squatter culture, Ireland and the financial crisis, a poem from Kinshasa and a classic Truman Capote essay on Tangier. These verbal punches in soft-cover book form are punctuated by graphic elements, illustrations and chapter headers in striking shades of orange, from neon to sherbet. Like Freitag bags, the magazine has an accent on integrity — produced at home in Switzerland, using sustainable materials.

“The connection to the kind of journalism we have in Reportagen is about quality,” said Markus Freitag, who started the company in 1993 with his brother Daniel. “And then it’s about storytelling, which is also part of our brand.” Freitag also drew a comparison between wordsmiths and the craftsmanship required to manipulate tarpaulins into totes, musing, “Words don’t come easy, and it’s the same with good shapes of bags, especially out of this material.”

Reportagen isn’t the first media-themed project for Freitag, which has stores in Europe, Japan and New York, and is carried globally in boutiques and online. Last year, its Reference collection was introduced — a set of wallets, satchels and bags priced from 55 to 650 euros, or about $75 to $880 at current exchange, and named after both pioneering and contemporary journalists, from Nellie Bly to Nicholas Kristof. A conceptual, collaged newspaper called the Daily Reference was printed by Freitag to celebrate the launch.

Reportagen chief editor Daniel Puntas Bernet said the two teams are on the same page. “They do a bag oriented for people going out there and investigating the world and seeing the world and being a critic of the world, and we do a product made from the persons doing that,” he explained.

Now, shoppers who buy a Reference bag get a copy of Reportagen. The publication can also be found throughout Germany, Austria and Switzerland at Thalia bookstores, newsstands in bigger cities, and in Freitag shops, with a cover price of 20 Swiss francs or 15 euros, about $20.

Talks from magazine contributors are scheduled at Freitag stores in Germany, Switzerland and Austria through summer, in a series called “Freitag am Donnerstag,” or “Friday on Thursday,” which plays on the company name.

Also this month comes a limited edition of two of the Reference Collection’s bags in popular shades like black, pink and brown, which rarely show up in Freitag stores because those colors are rarely used in truck tarps.