The Italian accessories company has been streamlining its distribution globally and raising its positioning.

In August, Furla will unveil a new manufacturing plant and in September it will roll out a new store concept, the first to bow in Milan. Last year, Furla invested in a new IT system, which will help the company be more efficient.

Sales in the 12 months ended Dec. 31 were flat compared with 2018, totaling 502 million euros, reclassified according to the IFRS accounting principles. In 2018, revenues amounted to 513 million euros, but reclassified they totaled 504 million euros. Camerlengo said the company voluntarily cut back on 18 million euros by slashing sales derived from the gray market. This is part of a repositioning strategy set in motion by Furla.

“The gray market was really hurting us in Asia, and it was painful giving up 9 million euros in EBITDA, but we polished the brand, created value and improved our gross margin,” said Camerlengo, declining to provide profit figures. The company is privately owned by the Furlanetto family. “And we are not interested in a discounting policy,” he continued.

President Giovanna Furlanetto was also on the video call and was clearly pleased with the new plant, located between Florence and Siena, Italy. “It’s like a painting from Giorgione looking out the windows,” she said. “I think creativity will benefit from the view.”

The plant was three years in the making, and was expected to open last Easter, but the coronavirus pandemic postponed the event. The site, which will employ 120 workers, replaces another space that had been rented for 20 years and grown too small, Furlanetto said. The investment amounted to around 30 million euros, and was “self-financed,” she noted. Furla’s headquarters are in Bologna, and the complex is a one-hour drive from the Italian city.

The company counts 523 stores around the world, but last year, it also saw its online sales grow 43 percent.

The renovation of the Milan Corso Vittorio Emanuele II store will begin in June, expanding the unit with a fourth window. It will comprise a pop-up that will display the brand’s new product categories including watches, a new license with Timex Group; sneakers, jewels and fragrances, also a new license with Mavive. The previous store concept was 10 years old and the new design will include softer pastel colors, Furlanetto said.

While the country’s economy has been impacted by the lockdown caused by the coronavirus pandemic, Furlanetto said she was surprised that a group of Chinese shoppers a day earlier had made purchases in the Milan store for 1,000 euros.

Leveraging a loyal customer base across different age groups, local spending is picking up, she said, with a store in Bologna faring better than in Rome, for example, which has been hard hit by the lack of tourists. “In smaller cities, there is a stronger contact with the store’s manager,” Furlanetto said.

China is also reawakening, said Camerlengo, and Furla launched earlier this month its first ad campaign fronted by a man, eyeing 520, the country’s equivalent of Valentine’s Day. The company tapped popular actor and singer Hou Minghao, known also as Neo Hou, to launch the new Metropolis bag in China. The colorful accessory will be carried by all other stores starting in early June. Although it is a women’s bag, the idea is for the performer to invite women to buy it or to gift it to women. “In the past 10 days, we’ve seen 65 percent of shoppers were 20 to 30 years old,” Camerlengo said. 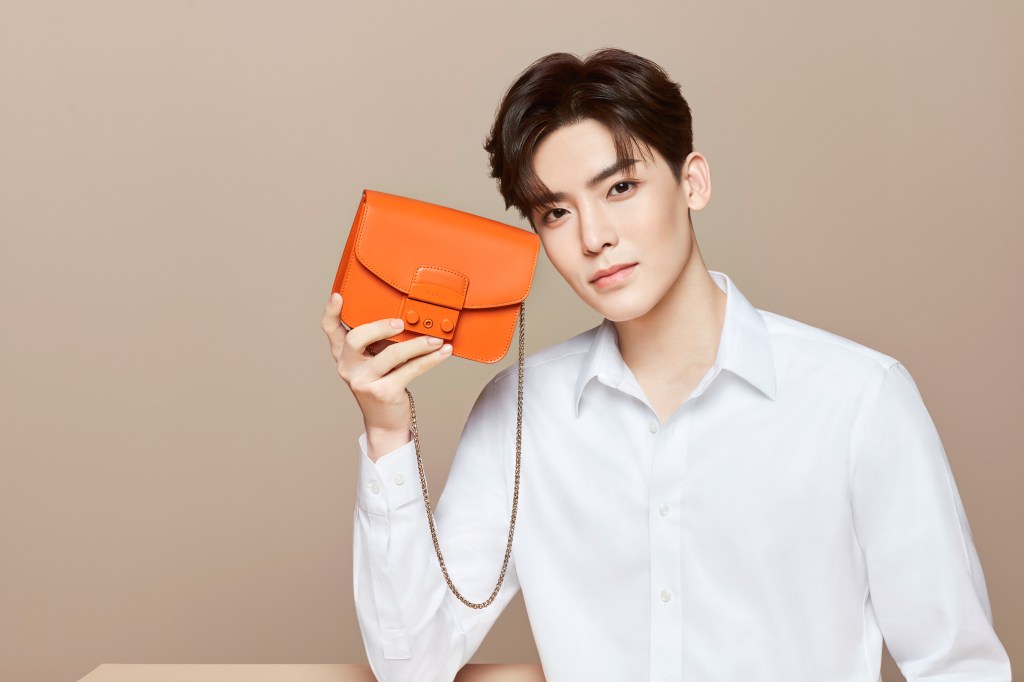 The Asia-Pacific region in 2019 represented 27.6 percent of sales. Japan, always a strong market for Furla, accounted for 24.9 percent of revenues.

Furla in 2018 took control of its retail distribution in China, Hong Kong and Macau from Fung Group. The joint venture with the parent of Li & Fung Ltd. was first inked in 2013.