The italian accessories company turned to David Chipperfield Architects for the revamp and plans to roll out the refurbishing of other units globally.

MILAN — The newly renovated, sprawling Furla flagship store debuts in Milan during the city’s fashion week through a 3-D virtual tour on Sept. 24.

But the company has not only invested in its technology, and plans to refurbish its key stores around the world following the Milan unit in Corso Vittorio Emanuele II, opposite the landmark Duomo cathedral.

To this end, Furla has turned to David Chipperfield Architects, and the studio has revamped the store through the recurring use of the arch — a signature element of the brand since last February. The arch also stands out in the architecture of the Furla Foundation’s palazzo and it celebrates the company’s headquarters in Bologna, a city known for its extensive porches. Retro elements also pepper the unit, such as a beautiful and sleek round marble table by the late Italian architect and industrial designer Angelo Mangiarotti.

The expanded flagship now covers 2,862 square feet over two floors connected by a sculptural staircase. It has also added a new adjacent space that will house special events and pop-up displays, Furlanetto noted.

The walls of the store are coated with raw earth obtained by mixing different natural clays. This rough plaster contrasts with the smooth surface of the floor covered with Italian traditional Pastellone finish and Furlanetto pointed to the craftsmanship involved in these artisanal techniques.

“Our brief to the architects was clear, we wanted to emphasize the Italian heritage and crafts, and we are very happy with the welcoming atmosphere and the perfect balance between all the elements,” Camerlengo said.

Around the perimeter, arch-shaped modular structures hold anodized aluminum shelves, reinterpreting in a modern way the interiors of the storied and stately building designed by the late architect Carlo Scarpa. During the works, Furla unearthed frescoes from the Twenties and Thirties. 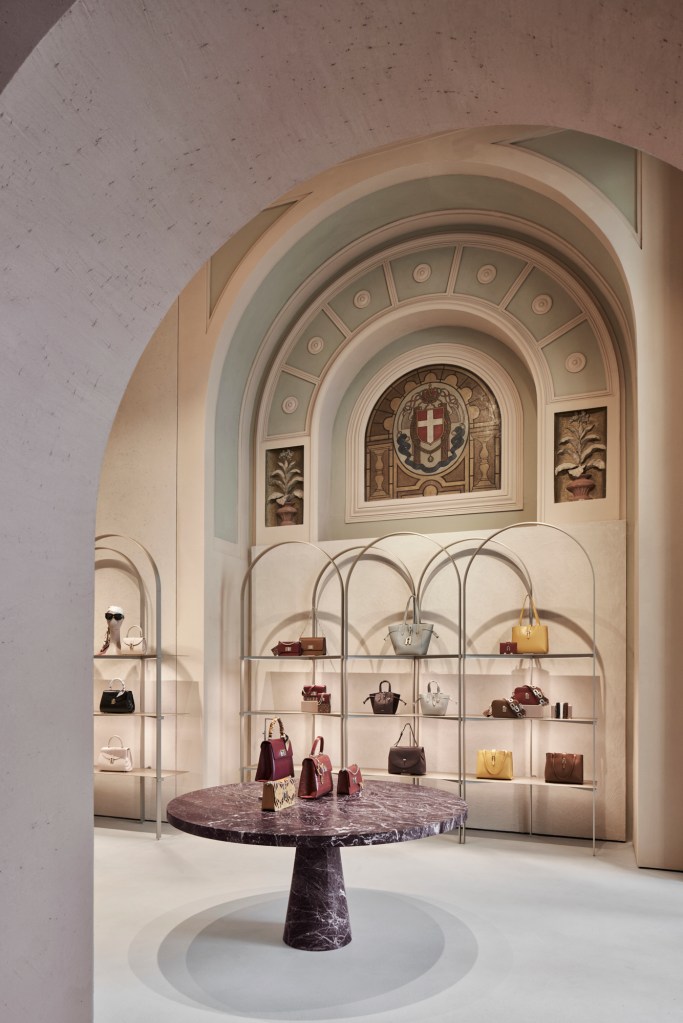 Inside the newly revamped Furla store in Milan  courtesy image

The color palette revolves mainly around taupe and light brown with green and pink touches.

Furlanetto, long a passionate supporter of the arts, chose to display on a wall, behind a sculptural tree-shaped table, the work “Talentum Tolerare,” a neon realized in 2000 by American artist Joseph Kosuth for the Furla Art Award, a prize for young artists.

Through this sculpture, the brand pays homage to emerging talents, whom the Furla Foundation has been actively promoting in Italy.

“Despite the current challenges, the world of physical retail will continue to be highly relevant for Furla,” Furlanetto said. Asked what store could be next up for a revamp, Furlanetto said Ginza’s unit could be a candidate, given its 10-year-old decor. She revealed the company will soon open a store in Dubai.

Camerlengo admitted that the lack of tourism weighed on the company, but he was “very satisfied” with the quick recovery of business in China and in Japan, a storied market for Furla, which it entered in 1990. Japan accounts for 25 percent of Furla sales, he said.

To mark the opening of the store, Furla will launch a limited edition of its new Miss Mimì crossbody bag. The accessory will have a numbered label and be available in the Dalia, Kaki and Dark Avio variants, directly inspired by the colors of the store and in soft quilted napa leather, in quilted calf leather and with small studs. The flap is closed by a metal button, embellished with a small upside-down arch. 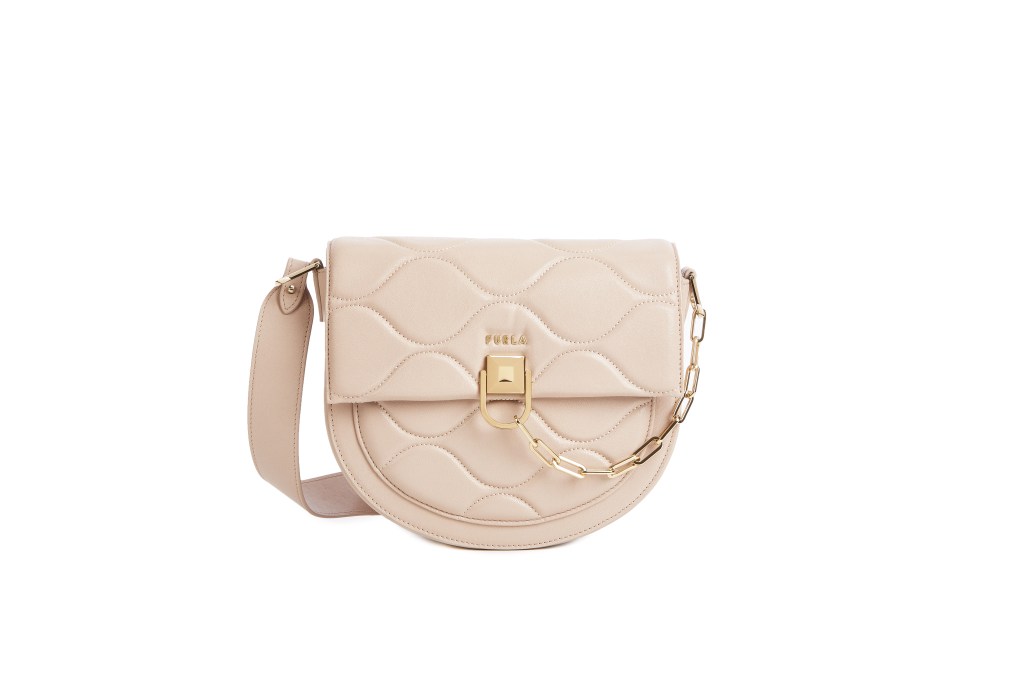