The brand showcased its Giorgio Armani and Emporio Armani accessories lines for the first time at Milan Fashion Week. 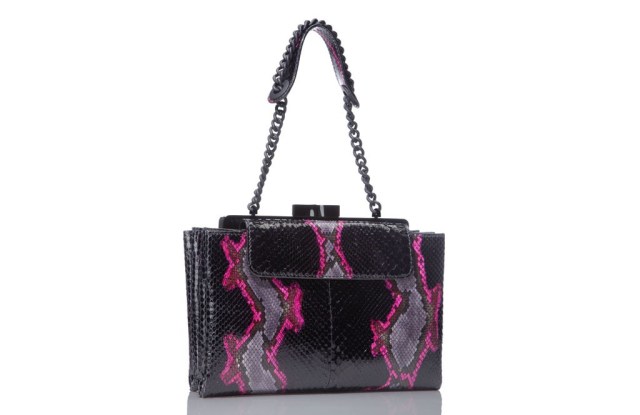 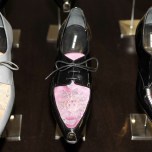 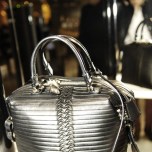 The Giorgio Armani and Emporio Armani accessories lines were showcased for the first time at Milan Fashion Week.

A sharp men’s inspiration ran through the Armani collection, which was displayed in a suite at the designer’s new Armani hotel. The focus was on flat shoes, such as an elongated and narrow brushed calfskin lace-up, with ponyskin or crystal-encrusted vamps in bold tones of orange and fuchsia, and gold details on the toes. Geometric shapes and audacious combinations of materials dominated the bag collection. Case in point: a zebra-print ponyskin clutch with neon pink and gold patent leather inserts. There was also a big focus on exotic skins, including a structured shoulder bag in black python splashed with a zigzag pattern in neon pink and purple.

The Emporio Armani lineup, shown in the brand’s flagship, centered on a velvet floral pattern in cool tones of blues and greens for loafers, booties and handbags, such as a zipped, rounded clutch. Velvet was paired with fishnet on a black bowling bag with gold metallic details and on a pump with a high instep. Pleated leather was also used for a range of bags, including a black square-shaped style with a detachable shoulder strap.