The stand-alone store at IFC shopping mall in Central is the luxury handbag maker's first in Asia. 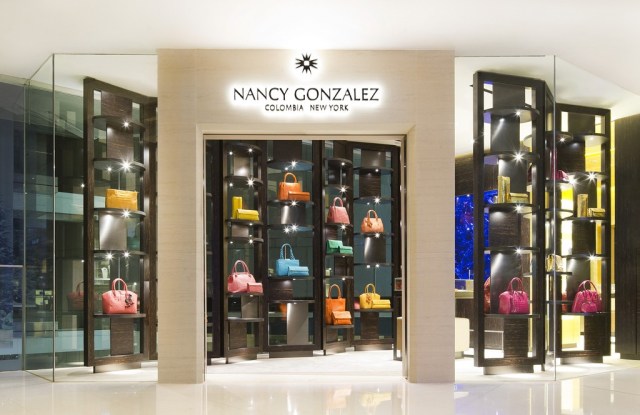 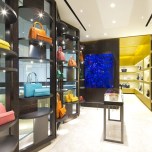 “Things came together in a very organic way,” said Santiago Barberi Gonzalez, president and creative director of Nancy Gonzalez. “It’s very difficult to find a space in this mall and we got lucky because there was a space that could be available and it was the right space.”

Gonzalez said he chose Hong Kong for the stand-alone shop because of the city’s international and diverse background.

“I was more comfortable opening [a boutique] in a place that’s more worldly. Maybe people traveling here on holiday are not so incredibly familiar with the brand, but the Hong Kong high-end consumer would definitely be familiar because these are people who are traveling to New York City and London and Dubai, which are places where I have a very strong presence,” he said.

Nancy Gonzalez has 300 points of distribution worldwide, with less than a third in Asia. The luxury handbag maker has been selling in Asia through boutiques such as Lane Crawford, Isetan, Galleria, On Pedder and Sunpool. Gonzalez plans to open more monobrand boutiques soon.

“I think the only way to do business in Asia is through the model of a monobrand store. There is no choice. The customer in Asia likes to shop from the brand’s shop. In Asia, I don’t think you can do any substantial business if you don’t have your own store. Our focus is to open monobrand stores all over Asia,” he said.

To promote the brand, Nancy Gonzalez is relaunching its Web site in English and Chinese. The site will include extensive social media links including Facebook, Pinterest and others.

“The Web site was literally done for this store because in America and other countries our presence is so well known we didn’t need a Web site so huge to make the customer so aware of the brand. A store like this requires it,” he explained.

Gonzalez pointed out some of the design features of the small shop, which he said incorporates elements from both his native Colombia and Asia. With the help of his local partner Bluebell Group and architecture firm Rawlins Design, he decided to use palmwood on learning that the trees are indigenous to both Colombia and southeast Asia. He also designed a gold-leafed room to draw on the use of gold in both traditional Chinese design and pre-Colombian culture. The display shelves evoke Chinese screens but with a modern touch. Gonzalez also put a piece of artwork from his family collection in the shop. He plans to rotate the artwork on occasion.