Hammitt is Out for ‘Blood’

The company drew inspiration from the hit show “True Blood” for its latest handbag collection. 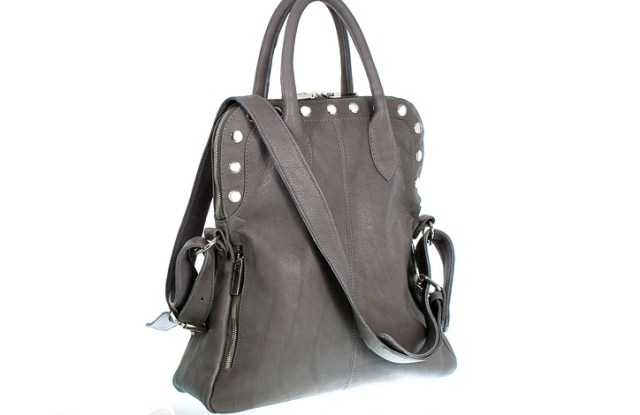 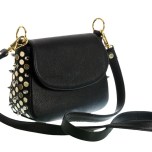 The five pieces in the Hammitt for True Blood line, which will retail from $395 to $675, were created in collaboration with HBO to coincide with the premiere of the series’ fourth season this summer. The black and gray leather and suede palette — although void of the bite marks and blood-spatter patterns one might expect to find on vampire-themed bags — is rife with mixed metal accents, hardware and fake fur. There’s even a deep red silk lining found inside several of the styles.

“HBO approached us to combine the Hammitt designs with the DNA of their number-one show, and this excited my design team to put together this new collection,” said Hammitt’s chief executive officer Tony Drockton. “It’s the first time we’ve done a co-branded line.”

Named after some of the show’s supernatural stars and their after-dark hangout, the bags are available in silhouettes ranging from the $395 “Sookie,” a structured, dove gray suede design with a metal clasp, pleated detailing and multicolored rivets, to the more flamboyant “Lafayette,” a $675 metallic leather doctor bag with a stamped alligator pattern that’s covered in studs.

While the evening-sized, black leather $445 “Eric” is perhaps the most wearable design with its shoulder strap and bullet-shaped studs (since Eric Northman’s known to have “taken bullets” for Sookie) — the most true-to-character bag is probably the $485 “Alcide.” The gray shoulder bag is based on the show’s resident good guy werewolf, which is conveyed via its fake fur flap and a life-size, screen-printed wolf image on the inside lining.

Five-year-old brand Hammitt is carried in nearly 100 stores worldwide, and is almost exclusive to smaller boutiques (with the exception of several Bloomingdale’s locations). The predominantly black, cognac and gray leather goods, adorned with varying sizes and patterns of the brand’s signature flattened metal stud pattern, are handmade in Los Angeles. The designs are inspired by the lifestyle in the city, said Drockton, with collections and styles named after streets or significant locations such as the Westwood, the brand’s signature leather duffel, and Brentwood, a traditional satchel. Prices start at $395 and go up to about $785. A larger, carry-on type bag retails for $1,250.