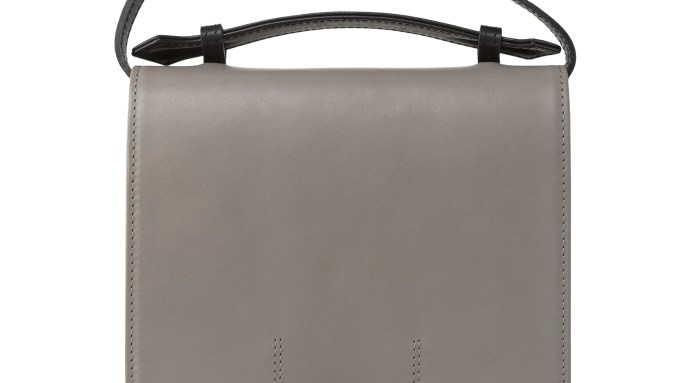 Handbag designer Joanna Maxham — whose namesake brand has grown nearly 300 percent in the last two years — appears to have successfully charted a trajectory from the corporate world to the creative one.

The Connecticut-based designer’s collection of streamlined leather bags is presently sold in over 50 stores in the U.S., with additional distribution arms in Asia and Europe.

An alumni of IBM’s marketing department, Maxham decided a career change was in order “three to four years into my career, when I realized I wasn’t doing what I was meant to do. My creative interests came back — I took drawing classes and found more of my calling,” she told WWD.

When her husband was assigned a job posting in various countries in Europe, eventually including Maxham’s native Poland, she used her family’s relocation as an opportunity to train under an Italian leather-goods manufacturer.

It was then that she “noticed a space in the market for handbags that were more minimalist and really good quality, but at a price that is still affordable.”

“I realized that anything I liked was in the range of $2,000 to $3,000, and what my friends could afford in terms of the quality and styling was not what I was comfortable with.”

She launched an initial run of handbags in 2011, but in 2014 ramped up the business with outside investment from a private investor and a sales director. Retailers now include Anthropologie’s Web site, United Arrows and Takashimaya. Bags are priced from $265 to $850.