Handbags Back in the Spotlight

Footwear might still drive the accessories category with respect to innovation, but in terms of retail, handbags are regaining momentum. 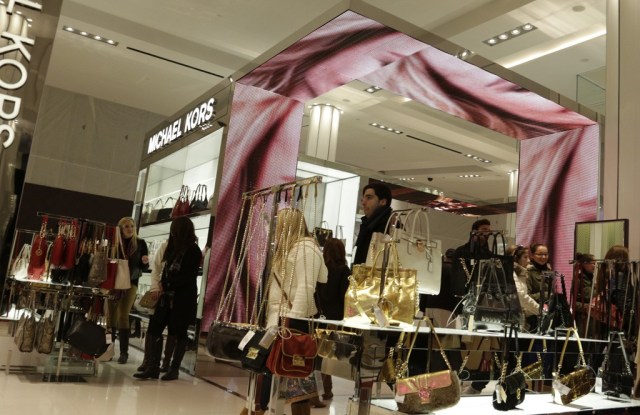 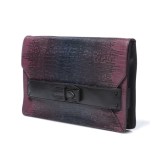 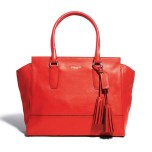 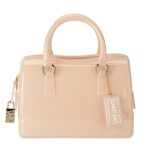 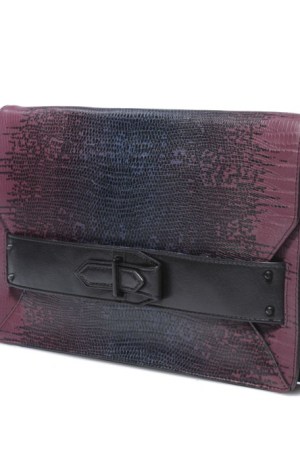 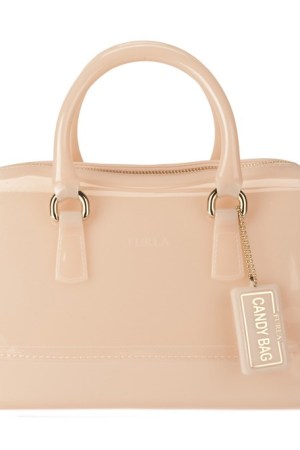 NEW YORK — Handbags are catching up with shoes.

Footwear might still drive the accessories category with respect to innovation, but in terms of retail, handbags are regaining momentum.

Retailers and brands are reporting healthy handbag sales, noting a renewed interest in the category.

Shoes have monopolized the accessories spotlight the past few years with the growth of brands like Christian Louboutin and Jimmy Choo and an influx of new designers, from Brian Atwood to Charlotte Olympia and Nicholas Kirkwood. Now, bags are back for a host of reasons — from a more confident consumer, a necessity for “techcessories” to tote around multiple devices and an emergence of contemporary designers delivering luxury handbags at a new price point.

“There’s going to be a return to the handbag business and this is the start of it,” said Saks Fifth Avenue’s fashion and co-branding director of accessories Elizabeth Kanfer. “With the focus on footwear the past five years, and a slow decline of the ‘It’ bag, we are excited for the focus on handbags.”

But this time, she believes, it might not be about the “It” bag — a phenomenon that took shape in the late Nineties driven by a fascination with monogrammed Louis Vuitton Speedy, Dior Saddle, Marc Jacobs’ quilted Stam, Balenciaga motorcycle and Yves Saint Laurent Muse bags.

“Where is the breakout handbag designer that is like Sophia Webster or Tabitha Simmons?” Kanfer asked.

She added that her team at Saks is on a perennial lookout for emerging handbag brands that mirror the fashion and innovation seen in footwear.

The handbag market is gaining some of its traction back from footwear in part because retailers such as Barneys New York and Macy’s have invested in revamped accessories floors where handbags are displayed, and both designer and contemporary offerings are resonating with consumers.

For Kurt Salmon retail analyst Nancy Liu, it isn’t so much that the handbag business was lagging as it was the emphasis and press surrounding footwear over the past few years. Many retailers — Saks, Barneys, Macy’s and Bloomingdale’s among them — have made significant investments on entire floors dedicated to shoes, as well as the advertising and promotion surrounding such investments. Liu would be worried if these retailers didn’t see a corresponding lift in footwear sales.

Retail is a cyclical industry though, and Liu believes it’s time for interest in another category. She cited the recent activity of contemporary designers’ accessories businesses such as Phillip Lim and Alexander Wang as having filled a need for a much needed handbag price point from $800 to $1,000. She predicted those designers also could propel a spike in handbag sales in 2013. “If you looked at luxury price points prerecession, this is where entry designer handbags were. Now, entry designer bags are about $1,500,” Liu said.

Macy’s Herald Square location here introduced a reformatted women’s accessories floor in November, part of a $400 million renovation, that includes shops-in-shop for Louis Vuitton, Coach, Dooney & Bourke and Michael Kors, with Gucci, Burberry and Longchamp opening through early January. Michael Kors officially opened its shop-in-shop in Macy’s in early October, carrying both collection and Michael Michael Kors. As of Dec. 13, the 1,897-square-foot space also houses the brand’s new digital experience, Kors Concierge, which contains a floor to ceiling LED display (playing video of ad campaigns) and two 32-inch touchscreens for customer use. Shoppers can use these to devise shopping lists, which they can either print out in-store, have sent to their phone with a code they retrieve at checkout or share via social media.

“Handbags are on fire; [we’ve had an] amazing year in handbags,” said Patti Ongman, Macy’s executive vice president and general merchandising manager, center core. She said the uptick began about 20 months ago, with a good balance between moderate and higher end handbags selling well at the retailer.

She credited the addition of color, as well as the customer being driven by technological needs, as driving sales in the sector.

“We’re seeing a lot of totes, mini bags, wristlets and phone holders — really anything that is giving the millennial customer the ability to carry all of her technology with her. Even if she’s using it socially, she still wants her tech pieces with her. She also wants to be polished for work, so any bag with a lot of functions or storage for an iPad or a computer are really popular — at every price point. It’s not just designer, it’s not just moderate, it’s across the board,” Ongman said.

Coach opened a 2,000-square-foot area on Macy’s Herald Square’s new accessories floor at the end of October. Nearly double the size of the previous installation, this marked the first time the brand premiered its “free-floating space” retail concept at the department store level.

“We’re sitting on a handbag floor and we have a story anchor in bags, but we’re surrounded by strong presentation, small leather goods and outerwear, for a higher level of merchandising,” Michael Tucci, Coach president, North American Group, told WWD in October, adding that traffic and sales for its opening weekend surpassed projections. For the holiday season so far, women’s bestsellers include the Legacy Duffle, the Legacy Candace Carryall and the Madison Leather Isabelle. Men’s include the Bleecker Legacy Leather Weekend Tote, the Bleecker Leather Commuter and the Bleecker Legacy Leather Courier Bag.

At Barneys New York, Sarah Blair, vice president and divisional merchandising manager, women’s accessories, said the store has experienced a strong leather goods business for the past year. The holiday season has pushed sales even higher so far, in addition to an expanded leather goods floor at the Madison Avenue flagship here.

According to Blair, the business is driven by heritage collections such as Goyard, Valextra and Delvaux and fashion houses like Celine, Givenchy and Chloé.

“Many brands across all realms are achieving positive growth,” Blair said. “Recent launches of Zagliani, Mark Cross and Rag & Bone are exciting highlights within our portfolio.”

Although Simon Longland, general merchandise manager for accessories at Harrods, notes that all accessories categories have substantially increased during the past five years, it’s the handbag category that was the biggest driver in retailer’s recent expansion.

“Luxury accessory products are a key driver for our business at Harrods, which resonate particularly well with our clients in regards to exotics and seasonal colors. Runway looks are extremely popular; however, bestsellers are the iconic styles from each house. Exclusive, limited-edition and unique pieces prove extremely popular as we strive to offer the Harrods client a point of difference,” Longland said. He added that technology accessories have witnessed “extreme growth” as well.

He’s also witnessed demand for “contemporary luxury” bags that retail at about $1,200 — right in the middle of average luxury and diffusion collections.

Derek Lam’s diffusion line 10 Crosby Derek Lam unveiled handbags in September for the spring season, which will hit retailers such as Bergdorf Goodman, Neiman Marcus, Shopbop and Intermix early next year. Derek Lam chief executive officer Jan-Hendrik Schlottmann estimated that accessories eventually could become 50 percent of the business for 10 Crosby in the near term. This is similar to 3.1 Phillip Lim and Alexander Wang, which have both seen a large percentage of sales come from their accessories businesses. Wen Zhou, ceo of 3.1 Phillip Lim, projected that accessories will comprise 35 percent of overall business for 2012, with this going up to 40 percent in 2013, and Wang said in October that a third of his business comes from just handbags and thinks this will jump to 50 percent in the next few years.

Prices for 10 Crosby are strictly in the contemporary range — retailing from $325 to $595, with canvas bags starting at $145 — significantly less than Lim and Wang’s handbags. Lim and Wang each have styles that surpass the $1,000 mark, falling into a “high contemporary” or “entry designer” group that is fast emerging as the sector’s new modern luxury category and replacing what was formerly the entry price point for designer handbags. Lam’s diffusion line will be housed on Bergdorf’s 5F floor alongside bags from Lim, Acne, Theyskens Theory, Jérôme Dreyfuss and Khirma Eliazov and on the main floor at six Neiman Marcus doors.

Saks unveiled an exclusive, elevated Furla collection in October in-store and on saks.com, as well as a capsule collection of the PVC Candy Bags, currently the biggest push for the brand as it looks to bolster its U.S. presence.

Tommaso Bruso, Furla USA, Inc. president and ceo, said the company has seen 15 percent growth for 2012, noting that business in the States has doubled from 2009 to 2011. Domestic and European e-commerce sales on furla.com have increased by 400 and 100 percent, respectively, in the past year.

Furla’s U.S. retail business has seen a 30 percent increase in growth year over year. According to Bruso, Miami’s business alone ballooned 200 percent from 2010, and in the same time, the collection went from being carried in 10 Nordstrom doors to all 117 of the retailer’s full-priced units (as well as 27 Saks Fifth Avenue and more than 30 Bloomingdale’s locations).

Since the Italian company brought on creative director Fabio Fusi in 2009, the look and feel of the brand has changed. Now offerings are more trend driven and sophisticated, yet still falling within a contemporary retail price point that averages around $500. Certain satchels go up to $750 and the bestselling Olympia top handle bag is $398.

Bruso said the brand is especially keen on using the two-year old Candy bag as the vehicle to make Furla as well known in the U.S. as it is worldwide. Each of the translucent bags is made from a mold and start at $198 for the smallest “Cookie” size. Larger versions can range from $228 to $248 and more elaborate styles — such as the limited edition ones sold at Saks’ New York flagship with exotic skins, feathers or oversized studs and gems — can range up to $798.

At Holt Renfrew, senior vice president and general merchandising manager Pat di Bratto maintained that the store has had good traction in handbags, with low double-digit growth (and much higher for some designer handbag brands), but footwear has seen a stronger increase of 21 percent year to date, which is on top of 20 percent growth for 2011.

In addition to the “It” bag craze softening, di Bratto believes that consumers seeking investment pieces is the primary reason the category is experiencing growth at the luxury end. She described sales of Fendi’s Du Jour tote and Celine’s Luggage and Trapeze bags as “off the charts.” The launch of Rag & Bone’s Pilot bag has also performed well, she added, noting that a group of “affordable luxury” brands like Michael Michael Kors and Kate Spade continues to become increasingly popular with shoppers.

“It’s investment purchasing for a customer that isn’t based on fad. It creates a healthy handbag business when they’re buying throughout the collection, versus a brand being driven by one item only,” di Bratto explained. “The design houses have restrategized their offerings to include price architecture and lifestyle within their collection. We always love ‘It’ bags, but what’s emerged is a healthier leather goods business.”

The retailer will roll out the first of a new store prototype in September 2013 with a footwear and leather goods department that will be four and two-and-a-half-times the size of the current departments, respectively. “A big strategy within is the emphasis on footwear and handbags,” di Bratto said.