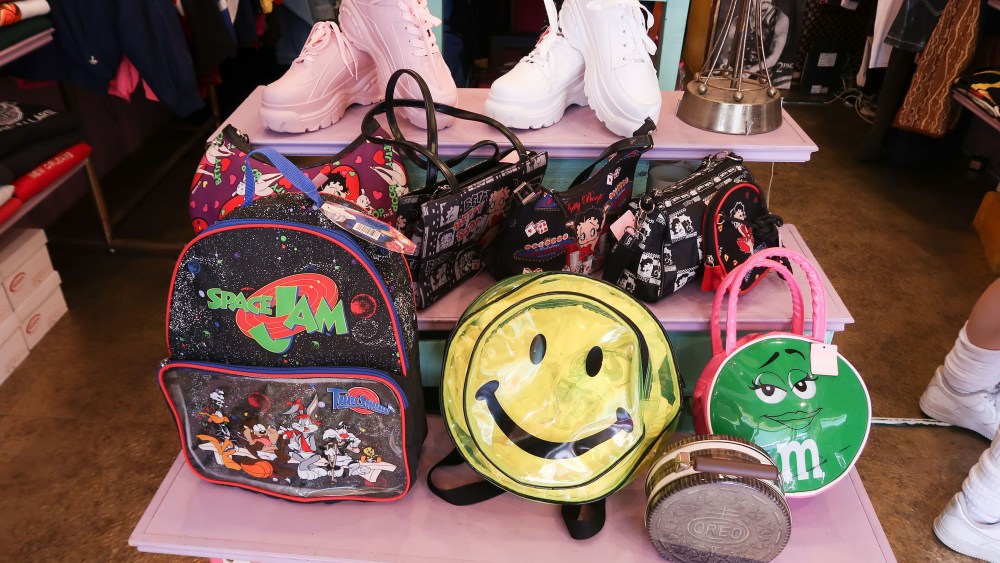 TOKYO — Glitter platform sneakers, hair clips shaped like rabbit skeletons, rhinestone jewelry that recalls the wardrobe of a Jennifer Lopez tour in 2001 — the accessories seen around Harajuku retain the cosmic glow of a neighborhood that was once a global epicenter for experimental fashion but has since fallen upon more somber times.

Fashion is no longer one of the top pastimes for Japanese youth, many of whom feel it uncool to spend excessive time on their appearance — contributing to what WWD has reported over the past few years as a slowdown in Harajuku. According to observers, younger consumers now spend their time involved in music, computer games and art instead of fashion. Their interest has further dwindled thanks to Harajuku’s growing roster of international brands, all of which have countless shops in major global cities. Corporate money’s new tenancy in Harajuku has spiked rents there — making it difficult for the independent stores that made the area famous to survive.

“Maybe you can see on the street that there is not much unique style here among young people anymore, it’s different than 10 years ago,” Tokyo-based designer and breakout fashion star Tomo Koizumi told WWD. “Younger people don’t spend money on clothes lately in Japan, they spend it on iPhone games or they spend money more in lifestyle shops buying dishes, cups and home accessories.”

Trendy youth may be disappearing from Harajuku’s streets, but they are being quickly replaced by Japan’s influx of tourists (some 31 million in 2018, more than triple the number five years prior) who meander through the area’s clash of winding roads, hunting for Lolitas and rockabillies as if they were rare birds.

“I think foreigners think this is Tokyo style, gothic Lolitas and crazy boys or girls in Harajuku. When [tourists] arrive, I think they are kind of disappointed because they are not there anymore,” Koizumi remarked.

At present, Tokyo’s streets are an interesting study that juxtaposes a location’s Internet-born reputation with reality. Fashion-conscious tourists parade through Tokyo’s streets wearing bunny ears, knee socks, and ruffles — sharing a sidewalk with native trendsetters whose cargo pants, bowl haircuts and asymmetrical earrings indicate that they have clearly moved on from the cutesy styles that were popular in Japan some 10 years ago.

Harajuku’s accessories, however, offer the crush of Chinese, Australian, Korean and American tourists the impression that outlandish fashions there are still alive. The shoes, bags, jewelry and hats available at shops like Nadia Corazon, Romantic Standard, Bubbles and Pinnap are mementos of an avant-garde Japan that is fast disappearing, as the country’s fashions assimilate with styles that are popular across the world — a runoff effect of global Internet connectivity.

Jewelry in one Laforet stall saw giant, bright yarn pom-poms suspended from resin flowers, buttons and hoops. Teva-type athletic sandals, rendered in fluorescent green and sequins, were widespread — each anchored by platforms that could, at times, exceed 4 inches.