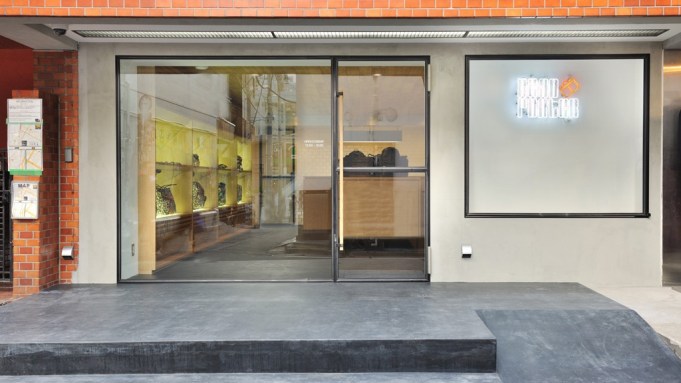 While foreign brands still dominate much of the handbag market in Japan, there are also a few homegrown players with large followings.

Take Head Porter, a retailer that sells bags with a utilitarian feel in a mix of quirky design motifs like leopard print, camouflage, Mexican-inspired stripes and bold colorblocking. Considered largely men’s bags, they also have an appeal with female shoppers, who make up roughly 40 percent of the store’s customers.

This month, the brand renovated its Harajuku flagship to celebrate its 15th anniversary. The newly revamped store features design details like angled mirrors above display shelves and eye-catching neon signs. The store, one of four boutiques in Japan, sells a wide range of merchandise including leather wallets, laptop cases, nylon tote bags and a selection of the brand’s clothing line, called Head Porter Plus.

“Our customers come directly to our store from all over the country and the world because they know what they want,” Kunishima said. “Over the past 15 years, bags have become very important, just like clothes and shoes. It used to be that people would just carry any bag and not really think about it, but now bags are a part of the overall image.”

The genesis of the Head Porter brand and the store is a tad complex. It’s tightly linked to that of a storied Japanese accessories manufacturer, Yoshida & Co., which created a brand of bags called Porter back in 1962. In the Eighties, Porter started rolling out a line of industrial-looking nylon bags inspired by Air Force flight jackets. This range became synonymous with the brand name.

In 1998, a team of Porter aficionados, including Kunishima, opted to form their own company as an homage to the original Porter brand and offer more daring fashion-forward versions of the bags. With this, they opened their own store, Head Porter, in Harajuku. Today, Head Porter comes up with its own designs and commissions Yoshida to produce them. It also sells some of Yoshida’s original range of more classic Porter bags.

In fact, Kunishima is quick to point out that these more basic Porter bags in durable black or khaki nylon are the best-selling products at Head Porter stores, making up roughly 40 percent of Head Porter’s yearly sales, which Kunishima says totaled about 800 million yen, or $8.6 million at current exchange, last year.

To honor Head Porter’s anniversary, Yoshida has made a line of these military-inspired Tanker bags in navy. They are exclusive to Head Porter stores, and will be added to the rest of the basic collection that remains constant from season to season. Popular styles include a small shoulder bag for 15,000 yen, or $161, and a briefcase for 27,000 yen, or $289.

“Our way of thinking is that these [Tanker] products are perfect,” Kunishima said, “so aside from a few tweaks here and there, they have basically been the same throughout the years.”