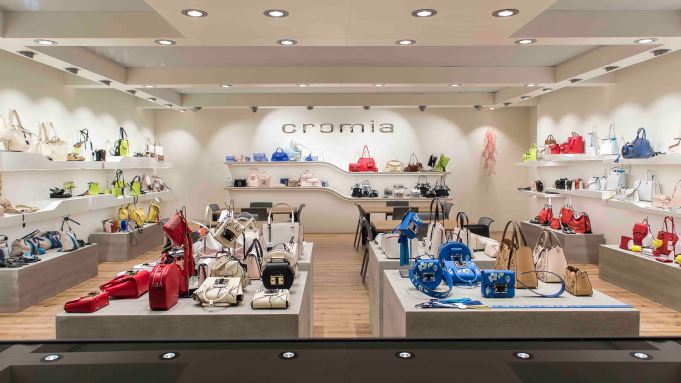 MILAN — Urging his peers to produce “new ideas and new products” that have the power to enliven trade and set trends, Riccardo Briccola, president of the leather goods and accessories trade show Mipel, said, “We have to be honest, the market is stagnant and the economic trend is still complicated.”

Briccola, who is also chief executive officer of travel bags and accessories firm Bric’s, added, “This is the time to be eager to start from the beginning and find that enthusiasm that allows a company to undertake something new.”

Bric’s found the key to overcome the crisis in the combination of technical details and design.

“We have developed partnerships with well-known fashion names like Missoni and Versace,” Briccola said, “while at Mipel we present a partnership with Moleskine.”

The latest edition of the trade fair took place in Milan Sept. 3 to 6.

In 2015, the Italian leather industry estimated production totaled 7.2 billion euros, or $8.1 billion at current exchange rates, and nearly 90 percent of its turnover was generated abroad. But in the first five months of this year, exports fell to 2.6 billion euros, or nearly $3 billion, down 1.2 percent compared with the first five months of 2015. Brazil (down 34.15 percent), Taiwan (down 26.11 percent) and the United Arab Emirates (down 20.92 percent) were the worst performing markets. Despite a loss of 11.75 percent, the U.S. is still one of Italy’s target markets with a 4.4 percent increase in export volumes.

“It’s a difficult situation but I don’t think we are facing an economic debacle,” added the president of Aimpes, Italy’s leather goods association, Riccardo Braccialini, who is also ceo of the family’s firm Braccialini. “I believe we have to get over a psychological stagnation: when people are afraid and confused, the economy performs worse than it could.”

According to Braccialini, the key factor for Italian companies is to be flexible and create something new.

“I think in 2016 Italian companies’ most performing markets will be South East Asia and Central American countries like Colombia and Mexico, but China, Russia, the U.S. and Europe will remain the biggest ones.”

The need of practicality was the most significant trend that emerged at Mipel. Walking among the fair’s pavilions, one could easily see companies showcasing multifunctional bags. The Padua, Italy-based Gianni Segatta was among them. Founder Gianni Segatta runs a small business worth 2 million euros, or $2.25 million, and produces around 15,000 pieces per year. Its features are multifunctional leather bags, such as one design that turns into a backpack when required, or the bag that contains a pochette in it – another item that’s more required by women. Segatta’s items run from 90 euros, or $101, up to 2,500 euros, or $2,800, for a crocodile hand-painted bag.

Segatta’s stand was part of the Scenario project, the space dedicated to new designers and innovative brands. In the same area was Officina del Poggio, a Made in Italy company founded in 2014 by Texas-born Allison Nicole Hoeltzel. The designer moved to Bologna nearly 15 years ago and it’s there that she still lives and works. Her bags are all handmade in Emilia Romagna and Tuscany. The collection includes new interpretations of motorcycle duffles and buckle totes, and it features a “Mini Bauletto [small trunk]” made of wool covered in leather, which evokes a small satchel with double-buckle closures. The price of these bags starts from around 600 euros, or $675.

“Bags are meant to be carried all day long until night, so that they can be practical at work and elegant in the evening.” Chiarini said that this Mipel edition may be the company’s last one. “A manager has to be brave and have the courage to change,” he explained. “We want to focus on the relationship with our clients and this is also why we are reorganizing our sales network.” The fair is therefore becoming a place to show one’s collections and not a place of sale, he contended.

These words are supported by Japanese buyers. Shoko Inami, a sales expert at Oiso Sangyo in Tokyo, said, “multifunctional bags represent the most performing accessories sector in our country.” This is why the main target for those brands that want to boost their business in Japan is the working woman, who requires both practical and fashion bags.

As for other fashion trends, the collections mainly featured strong colors and ethnic inspirations. Tosca Blu, the brand founded by Giacomo Ronzoni in 1998, stood out for its African-inspired prints mixed with optical and Eighties-inspired digital effects. Maori tattoos and Mexican-inspired colors stood out from Marche-based company Cromia, in a collection that was influenced by a more casual design.

My Choice was also marked by an “Africa punk” mood: leather printed with patchwork decorations, and colors like “empire yellow” and “tea rose” were blended with “Abyss” and “Nature and artifice” styles. The family-run company based near Naples sees a boost in sales abroad thanks to this newly inspired collection.