The handbag company has seen a 35 percent spike in the number of celebrities toting the signature structured evening bags this awards season. 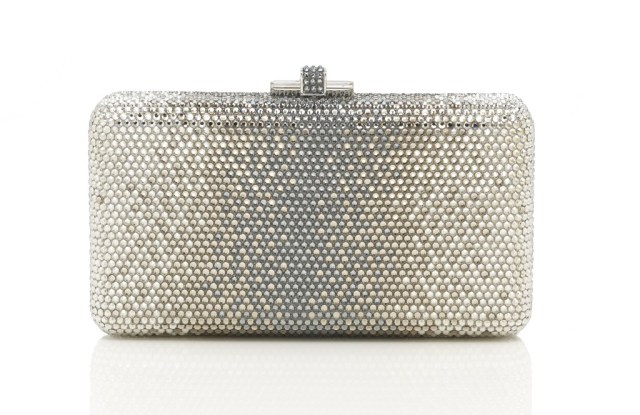 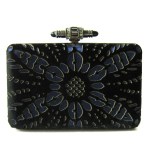 NEW YORK — Red-carpet season has been good to Judith Leiber.

So good, in fact, that the handbag company has seen a 35 percent spike in the number of celebrities — Michelle Williams, Natalie Portman, Viola Davis, Octavia Spencer and Laura Dern among them — toting the signature structured evening bags. At the Emmy Awards last month, 34 actresses carried bags from the collection, up from just 12 in 2009, and the Golden Globes saw 23 actresses carrying Leiber bags, up from 14 two years ago. Nearly 20 carried Judith Leiber at the Screen Actors Guild Awards — and the jury is still out for the Independent Spirit Awards and the Oscars, both of which take place this weekend.

Creative director Jana Matheson credits the increase to the return of the minaudière, as well as listening to the needs and requests of stylists, consumers and celebrity fans. Leiber doesn’t pay celebrities to carry the bags, although other brands do.

“The design has been a big contributor to our success. When I came on board just under two years ago, I sat down with our team and we talked about what styles we’re looking for and what the demands were for red carpet, and we actually developed a collection that was a full range of crystal colors and satin colored bags in really streamlined silhouettes that would fit the needs of stylists. We found that we had huge success with these — almost as soon as they were delivered,” Matheson told WWD just a week before the Academy Awards.

Matheson said the most “in demand” style at the moment is the $2,495 Ombré Airstream crystal clutch with a slide lock — and she calls it “a new way of doing ombré” for the brand, as it welds contrasting colors rather than having like colors flow into one another. These bags “pick up multiple colors in a gown and are noticeable without overpowering the dress.”

But it’s the Jelly Bean collection that the brand unveiled for spring that Leiber president Mary Gleason calls a game-changer. Simple in concept, the offerings include three style choices — a $1,195 crystal minaudière, a $2,695 crystal envelope silhouette and a $3,495 rectangle crocodile clutch — that each come in 15 colors.

Due in part to these new offerings, Gleason said the company saw a 27 percent revenue increase in both the wholesale and retail categories in 2011 — despite the fact that it closed its New York City boutique at the end of 2010. She projects that the brand will see 25 to 27 percent increases in the coming year, and it’s already tracking 18 percent growth for January and February thus far, year-on-year.

She also points out that while the brand is known for its crystal pieces, in the four years since she joined the company, the cut-and-sew component of the collection has ballooned from just 20 percent to half of the collection’s offerings. These styles, which range in price from $3,000 to $9,000 for a special crocodile clutch, often incorporate details such as python hand-painted with a gold leaf motif or laser-cut calf hair.

“Now we have this [larger] cut-and-sew [line], we’re being looked at as much more of a current fashion brand, as opposed to just a high evening niche brand,” Gleason said. “That’s what makes the difference when you start doing more fashion product that’s seasonal.”