With a four-year-old business steeped in clutches, minaudières and evening cases, Kotur is launching a line of day bags. 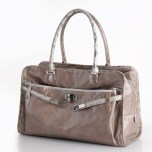 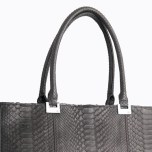 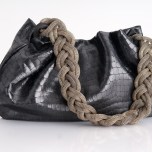 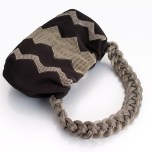 Kotur is stepping into the daylight.

This story first appeared in the January 4, 2010 issue of WWD. Subscribe Today.

With a four-year-old business steeped in clutches, minaudières and evening cases, the Hong Kong-based accessories brand, founded by Fiona Kotur, is launching a line of day bags.

The broad collection takes inspiration from the casual looks of Jerry Hall, Ali MacGraw and Faye Dunaway, with luxurious, yet easy shoulder bags, totes and satchels. Kotur said when she launched her line in 2004, she wanted to create a full collection of day and evening bags.

“We were lucky we found our niche in the evening market, but there has been a demand for [day bags],” said the designer, who was raised in New York and moved to Hong Kong in 2002, after stints in the accessories divisions of Ralph Lauren and Old Navy, and helping her friend Tory Burch set up the infrastructure at her firm.

Kotur tested out two day bag styles — the Mortimer, an embossed leather magazine tote, and the Wallace, an east-west shoulder bag — last season. The bags have since been carted by the actors on “Gossip Girl” and “Lipstick Jungle.”

“It has a little bit of an underground following,” said Kotur of the Wallace, which she anticipates will be a key style for the launch of the day bag collection, slated to be delivered with the pre-fall market in late July.

The line offers a range of options from more affordable antiqued and embossed calfskin to the more expensive python and metallic haircalf. Prices range from $600 for leather to $2,000 for exotic skins. All the hardware, including the brass frame for the Wallace, the turn lock on the Goodwin style and the Ross turn lock, are inspired by vintage bags Kotur has collected for years and are all custom made. There are shoulder bags with braided handles, shoppers and elegant leather pouches in the collection.

“All the styles are inspired from a collection of a lot of bags I’ve been collecting for 25 years,” said Kotur, whose first clutches were made of a limited edition brocade. “The feeling of the group is that it’s broken-in elegance for a casual look.”

Kotur is showing the lines during market week starting Monday. She sells her evening bag collection to Neiman Marcus, Saks Fifth Avenue and other specialty retailers.