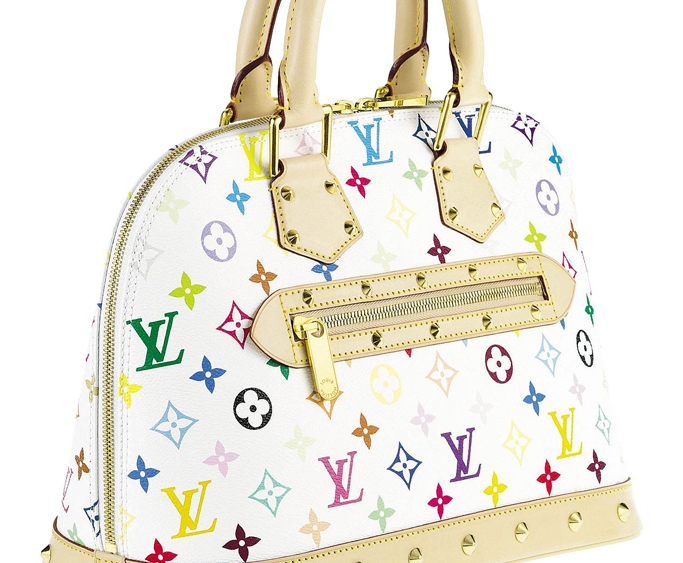 The artist collaboration — which debuted at the brand’s spring 2003 fashion show during Marc Jacobs’ stewardship of the French label — is presently being phased out of stores. A store associate at Louis Vuitton’s Saks Fifth Avenue shop-in-shop in New York City told WWD that the collection is “leaving stores at the end of July, forever.”

A vitrine devoted to what remains of the collection’s 12-year history — a few handbag styles, a belt, and assorted small leather goods including wallets and a bracelet — stands near the salon’s entrance.

Multicolore monogram designs are not on display at Louis Vuitton’s 57th Street flagship location in Manhattan, but salespeople will present merchandise to shoppers upon request — until the collection’s official departure from stores. Procedures at other stores could not be learned.

Representatives for Louis Vuitton, which is now helmed by Nicolas Ghesquière, declined to comment on the collection’s termination, noting that the brand prefers to “look forward.”

Louis Vuitton’s Multicolore monogram collection is the longest lasting of the label’s many collaborations with Murakami — who also re-envisioned the brand’s classic monogram with pink cherry blossom and camouflage motifs.

But it was the multicolored monogram, particularly the collection’s take on Vuitton’s Speedy style, that was most beloved by early-Aughts celebrities. Stars including Anna Kournikova and Paris Hilton were snapped by paparazzi wearing the design, and Jessica Simpson brought the purse on a camping trip to Yosemite in an episode of her MTV reality show “Newlyweds.” The style was an “It” bag in 2003 through 2004.

During his 16-year tenure at the label, Jacobs also collaborated with artists Richard Prince, Yayoi Kusama and Stephen Sprouse. The last remaining collaboration from his time at the label to still be produced is Vuitton’s tie-up with Jacobs’ friend and fan Sofia Coppola. The “SC” collection will continue with a new range of color ways this coming fall.