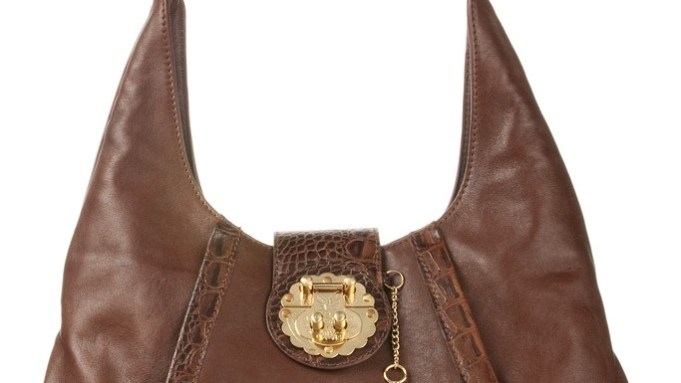 HSN is getting a handbag infusion, thanks to two new collaborations with Lulu Guinness and Fiona Kotur.

Guinness’ collection, which bows on HSN and hsn.com Sept. 9, will include several of the designer’s existing collection as well as two exclusive-to-HSN styles — the “Franka,” a $465 frame bag and the “Suzy,” a $490 oversized tote with a tailored bow.

“I wanted to give a broad spectrum of what we do and what we thought would appeal to the American market. We’ve done bags that we think will do well in the U.S., and we want to show the character and personality of the brands and show key pieces,” Guinness told WWD.

The line retails from $45 for a nylon tote to $595 for larger shapes in a color palette of black, stone, navy, wine and red — with Guinness’ signature whimsical touches such as polka dots, kitschy sayings, sparkle leather, bows and lip print linings.

“There are a lot of people who can’t get my bags in the [United] States. I also like the breadth of how many homes you can go in to [with HSN],” Guinness said.

As for Kotur, known primarily for her clutches and chic minaudières, the designer wants to put more of an emphasis on the “day bags” she created in partnership with the shopping network on September 14.

“As a woman, I understand the importance of value and quality. Partnering with HSN gave me the unique opportunity to reach a wider range of consumers while still maintaining the eclectic details I traditionally include in my designs, ” Kotur said, adding that she was inspired by stylish women from the Sixties and Seventies and their jet-set lifestyles.

Described by the designer as “classic, all-American, New York jet-set, aristo-chic” silhouettes, offerings range in price from $199.99 to $339.90.