The company filed for bankruptcy protection this week and was rescued by a group of existing shareholders, including Guinness herself, who repurchased the assets.

LONDON — Lulu Guinness, the British brand known for its retro-flavored accessories and red lips logo, came perilously close to becoming another financial casualty of COVID-19: This week her company filed for bankruptcy protection, but immediately after the filing a group of existing shareholders, including Guinness herself, repurchased the assets with plans to push ahead.

The coronavirus hit about a week before the company was set to receive a year’s worth of funding, and just after it had completed a restructuring and opened a Covent Garden store under new chief executive officer Sandra Mertens-Lustig. Due to the COVID-19 chaos and the lockdown, the money never arrived, so Mertens-Lustig started downsizing, laying off staff, preserving cash, looking for new investors — and preparing for the worst.

She said the decision to lay off about 50 percent of the staff and to shutter two outlet stores didn’t come lightly but now, with the new investors on board, “Lulu Guinness will get its well-deserved second chapter.”

Lulu Guinness was one of the lucky ones: Scores of British fashion, accessories and retail businesses have been broken apart and sold, downsized, or mothballed due to the virus, and the high-street landscape will be radically different once Britain emerges from lockdown later this summer.

As reported, Lulu Guinness had planned to focus on its own retail and direct-to-consumer relationships, maximize its digital footprint, resize the wholesale business and make a push into Japan and Asia once it consolidated business in the U.K. Last week the brand launched its Japanese Instagram account and will be stocked at Takashimaya by the end of this year. 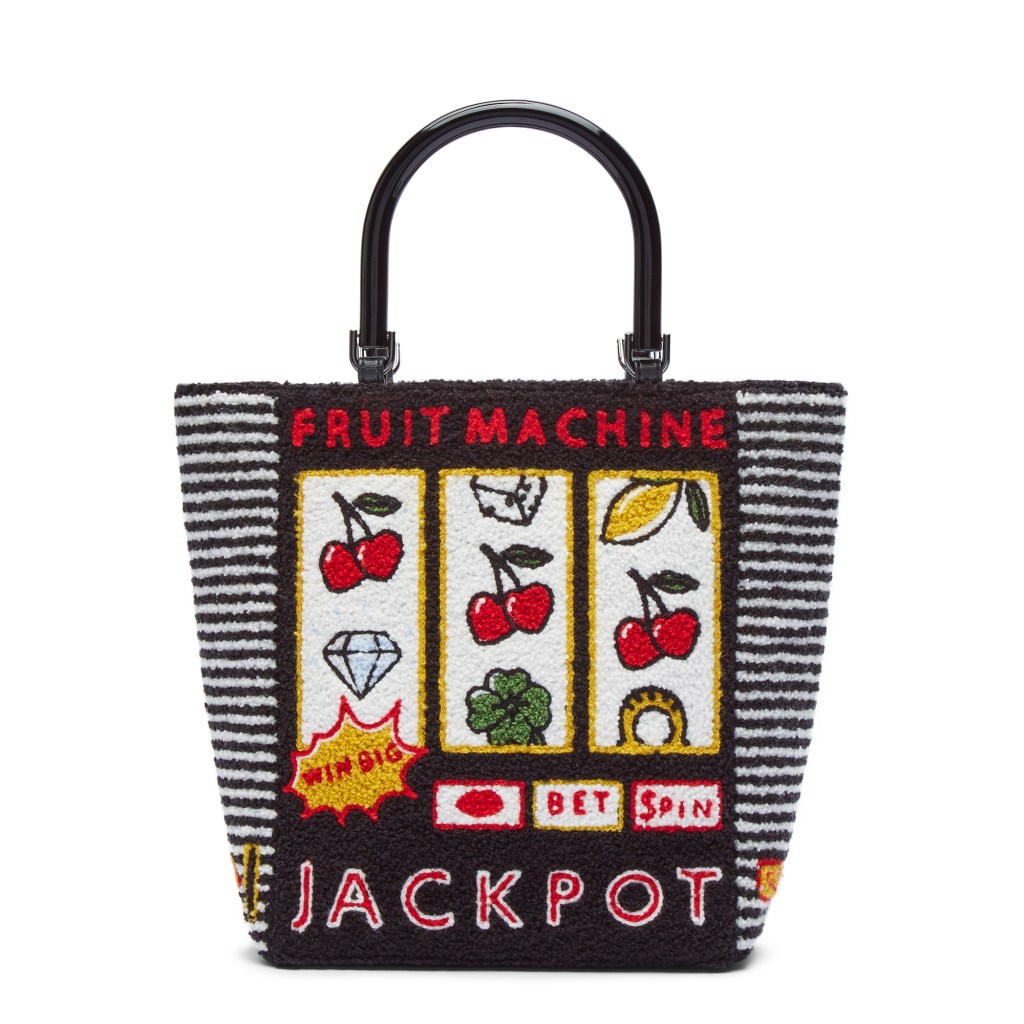 Mertens-Lustig, who joined the company earlier this year from Agent Provocateur, where she was joint managing director, has been working alongside the new creative director David Hodgson, whose debut designs for the label landed in-store in February.

She has also been working with Guinness herself and with James McArthur, the investor and former Gucci Group executive who has served as ceo of Harrods, Balenciaga and Anya Hindmarch, and has been chairman of the business since early 2018.

In January, shortly after her appointment, Mertens-Lustig said she wanted to pursue the lifestyle element of the brand, and expand the product range to include small leather goods and gifts, in addition to the company’s bags, shoes and luggage.

“I really want to start creating that world of Lulu, but we will be focused. There’s so much to do, and so many opportunities, but we have to be clever with the resources that we have. After solidifying our position in the U.K., we’ll definitely move East” into Japan, Korea and China, and high-growth markets where the brand is underdeveloped.

McArthur said the company hasn’t lost too much time, despite the impact of COVID-19 and the sale of assets to new investors. “Pre-COVID, we were at the starting line and now, with the new investment, we’re back at the starting line again,” said McArthur. “We were in a great place before COVID hit, a much leaner and more efficient company. But without that funding, we couldn’t move forward. Now, we’re ready to power forward.”

Guinness, who founded the company in 1989, said she has her dream team in place and is ready to approach the brand and business in a new way. 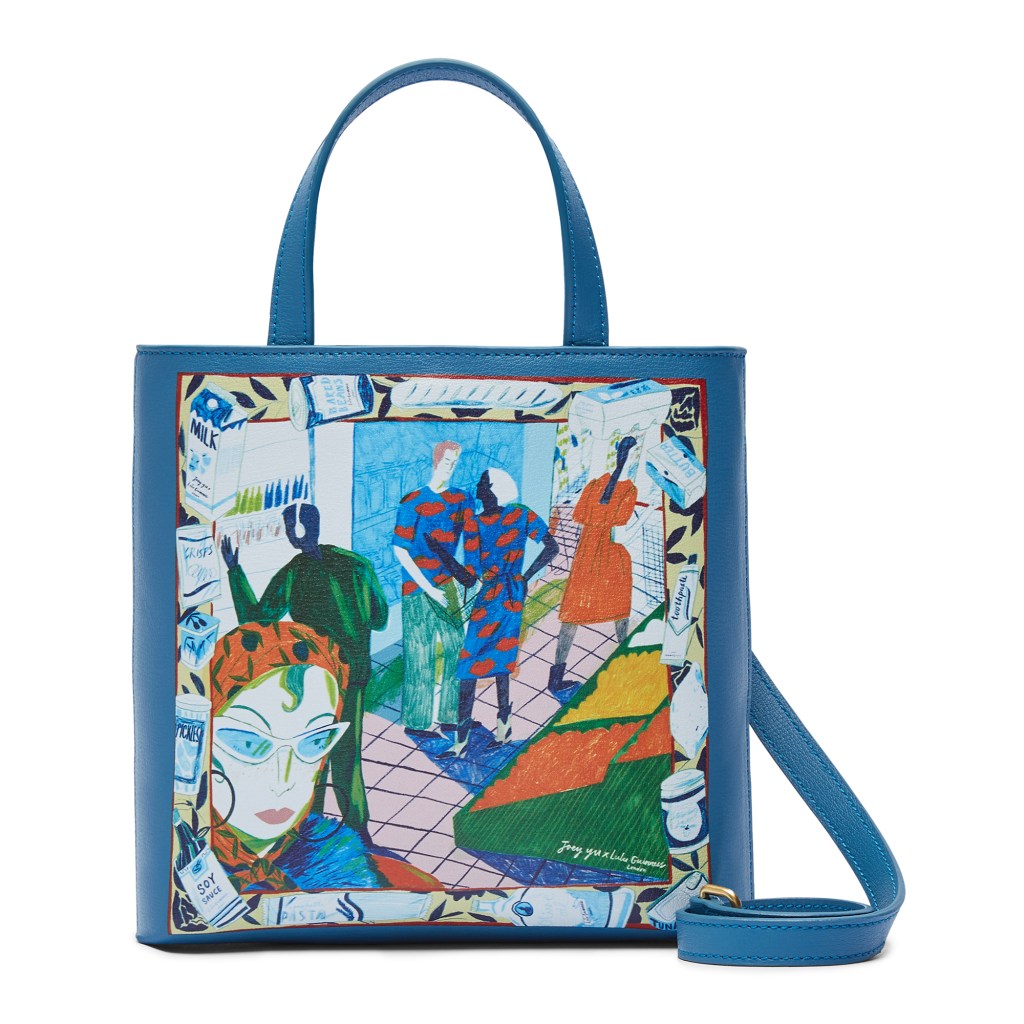 She said she had been waiting for fundamental change to happen in the industry and wants to see a different world emerge. She also believes that her design proposition is well-placed to appeal to consumers once lockdown ends.

“It’s well-priced, it’s not ostentatious, and hopefully it offers design and a lot of humor. People want comfort right now, and at their best, these designs cheer people up,” said Guinness, whose Classic Red Lips Clutch sells for 275 pounds, and is one of the brand’s priciest items.

Other bestsellers include the Bibi Tote bags, which feature graphics from classic pub games — such as darts, dominoes and bingo squares — picked out in colorful bouclé with black acrylic handles, and which cost 195 pounds.

“I’ve also never understood age. For me, it’s more about the spirit and the design,” said Guinness, who said her customer base is broad. Although the brand has plans to move into Japan and make inroads in Asia, Guinness said she will not be touting its British origins in those regions.

“I did work in Asia for quite a long time, and things have changed there. The Chinese have their own designers and being a ‘British’ brand is less important today. Brands need to be more than that — we are more than that — and we don’t need to fall back on a cliché,” she said.

McArthur said it’s no mystery what elements make a brand successful, pre- or post-virus. “You’ve got to be good at the basics, have relevant product, be nimble, and look at your relationship and connection with your clients,” he said.

Like so many designers and brands, Guinness said one of her priorities is to be less dependent on wholesale going forward. She said while the big department stores gave her generation of designers a significant sales and marketing platform, wholesale is just too expensive to sustain, “and you can’t control pricing.”

She said that, “looking ahead, we want this to be a full-price business,” and added that she could feel the switch from wholesale to direct-to-consumer and retail coming for a long time, and that brands today need to “own” their distribution.

Pre-coronavirus, half of the business came from the Lulu Guinness e-commerce site, with most of the demand in the U.K. Wholesale is a relatively small business, with about 50 stores.

According to the latest Companies House accounts for the year ended March 31, 2019, sales at Lulu Guinness were up 1.3 percent to 10 million pounds. The company swung to a loss of 517,000 pounds due to continued investment in the web site and one-off restructuring items. In the previous year, the company’s profit was 95,000 pounds.

Guinness also has plans to freshen things up with exclusive designs to be sold at the Covent Garden store.

“I want to sell things you can’t get anywhere else, vintage jewelry, ceramics, vintage and modern vases, beautiful objects. And flowers. They are my obsession and a real mood changer,” said Guinness, adding that she can’t wait for the store’s reopening, which is looking like it will happen — depending on what the British government dictates — at the start of June.