The former creative director of Adidas plans to make MCM more stylish and sustainable as it pushes to become a $1 billion brand. 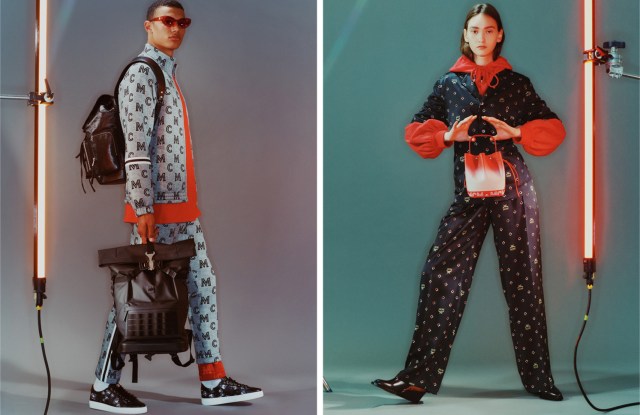 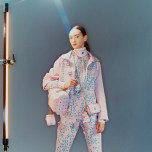 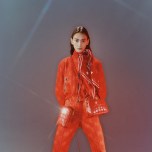 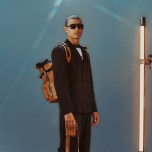 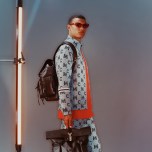 Dirk Schönberger’s vision for MCM is coming into clearer focus as he marks a year at the creative helm of the accessories brand.

On a three-day trip to New York, the designer previewed MCM’s first collection under his tutelage — a mix of upbeat clothing, shoes, bags and small accessories. “My job is to take what was here and push it forward, taking the DNA and codes of MCM and evolving it into something contemporary,” he said in an exclusive interview.

After evaluating how consumer indifference and busy lifestyles will continue to challenge the fashion industry, Schönberger felt that functional, everyday luxury designs could provide an antidote to market fatigue. His mission will also see MCM alter many of its mainstay fabrications to make them more sustainable.

MCM has for years been teasing it will reach the billion-dollar mark in global sales but hasn’t made it there yet. It is now investing in its design team and expanding its collection in the hopes these efforts will catapult the company past that sales threshold. Last October, the firm’s chairperson Sung-Joo Kim hired Schönberger as global creative officer from Adidas, where he served as creative director and was largely responsible for bringing Raf Simons and Rick Owens on as collaborators — deals that pioneered a new breed of casual luxury. 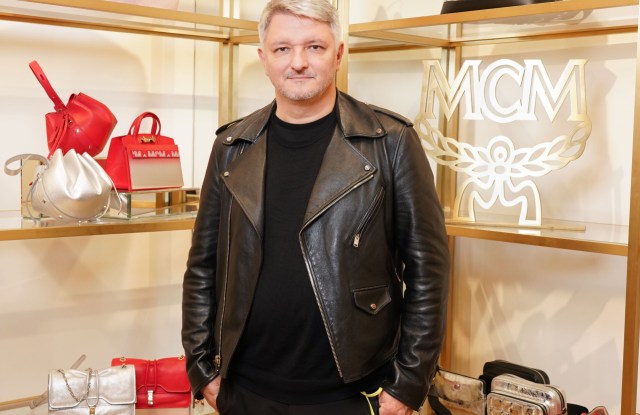 “The most important part of my job here will be looking into the brand’s history; I think that is what people react to today very strongly,” Schönberger said of his approach.

“This company has a pretty interesting history, it was founded in 1976 in post-war Germany in Munich, which was a place of hedonism and extravagance, then it landed here in America in the Eighties and was heavily featured on ‘Dynasty’ and rap stars in the Nineties and then when Mrs. Kim took over the brand in 2004 and opened it up to this Asian public through K-Pop and big Chinese stars.

“I always think about this brand as if you are getting on a plane in 1976 in Munich and you are touching down in difference continents and bringing on board the different influences this brand has been going through,” he said.

With a design team of nearly 25 spread out across Seoul, Milan and Berlin, Schönberger has tapped his training at Adidas to explore a new kind of “functionality in luxury clothing. Not only looking at materials but also considering how you can layer different styles for warmth or ventilation. Functionality is usually thought to be very sports driven but I think I can bring that into really constructed, tailored pieces for more of a lifestyle sportswear,” he said.

Designs that riff on elements of disco with abstract sequin motifs and graphic lettering range from $235 for a T-shirt to $4,330 for leather jackets. MCM has wholesaled its rtw for the first time this spring 2020 season and will enter stores including Neiman Marcus and Galeries Lafayette starting next month.

The overall handbag category, MCM’s bread-and-butter, has been seeing a gradual slowdown. According to an NPD report released earlier this month, handbag sales have slowed 20 percent over the last three years. Backpacks, fanny-packs and cross-body styles seem to be holding out better against traditionally feminine styles.

Luckily for MCM, the company has attracted a loyal following for its creative backpack designs – a range that Schönberger has strategically built upon for his new collection. “What is interesting is the kinds of bags are slowing down,” he said. “I think what made this brand so hot is not only to look at classic lady’s bags but to also explore new silhouettes and the idea of hands-free. We are looking at silhouettes that still give you the feel of luxury and that you have a special item but are crossing them with functionality.”

For spring 2020, Schönberger has introduced new takes on the camera bag, tambourine-shaped backpack and messenger styles.

But perhaps the biggest change is how Schönberger is overseeing a shift in how MCM manufactures the classic coated canvas monogram material that covers its bags, shoes, wallets and some clothing designs. The firm is switching from a PVC coating to a polyurethane film that is more sustainable. “PU is still not 100 percent, I mean man-made fibers are not completely biodegradable but this is the first step we are taking to get a little better,” Schönberger said. Half of MCM’s collection has already been transitioned to the new material for spring 2020, with the firm making a full switch for the fall 2020 season.

“We are halfway, we couldn’t substitute everything because it needs a lot of new testing, so we couldn’t have all of the new colors immediately but this is a big topic for us,” he said.

Harking back to his Adidas roots, the designer also intends to grow MCM’s sneaker business. While he feels rtw will be a slower burn, sneakers have the potential “to become a substantial part of the business,” he said.

“In my last job when I arrived there the highest price shoes were by Y-3 and then we collaborated with Raf Simons and Rick Owens and saw sneakers for 700 euros that no one thought we would sell. They sold out in that first season and it was really crazy to see that much growth. I see huge potential in shoes,” Schönberger said.

The company is advancing toward a full spread of sneaker options — with new running trainers, basketball-style high tops and classic tennis silhouettes. Schönberger sees comfortable footwear as a trend that’s here to stay. “I don’t think this casualization of fashion will completely go away. Things might get dressier but the sneaker will not disappear, the hoodie won’t disappear, it will stay a part of our everyday wardrobe no matter what price point a consumer is shopping at.”