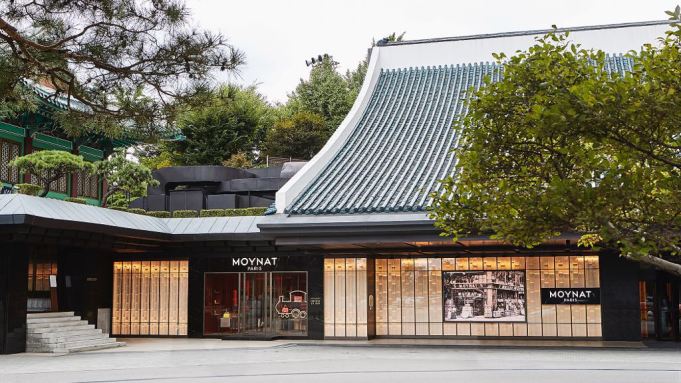 French luxury bag and luggage brand Moynat has opened its first stores in South Korea. Bought by LVMH Moët Hennessy Louis Vuitton in 2011, the brand has been expanding its Asian network with new stores in Beijing, Hong Kong, Tokyo and Taipei.

Showing confidence in the Seoul market, the brand has just opened the 527-square-foot Moynat Gallery Shilla at Hotel Shilla and a 603-square-foot shop at the Gangnam branch of Shinsegae Department Store. Since Moynat started to expand internationally — it has opened flagship stores in Paris, London and New York — it has been unusual for the brand to open two stores in one country simultaneously.

The new store at Hotel Shilla features men’s and women’s lines as well as exclusive designs for the Seoul boutique. The store will also offer the brand’s signature personalizing services, such as made-to-order designs and hand-painted products by Moynat artists.

Between 2015 and 2030, South Korea is expected to leapfrog both Switzerland and the Netherlands in terms of high-net-worth individuals to join the top 10 countries, according to a recent Euromonitor International report. This highlights the potential major cities such as Seoul have for luxury goods.

Louis Vuitton has been leading the luxury goods market in South Korea, closely followed by Prada, according to Euromonitor. It expects luxury goods to see positive growth in the near future with luxury leather goods tipped to be the fastest-growing luxury goods category.

Moynat celebrated the Seoul openings with the launch of two new handbag styles — the Madeleine clutch and an exclusive edition of the Rejane bag — as well as a backpack named after the explorers Edmond de Coteau and Edmond de Montaigne, who both traveled with Moynat trunks in the late 1800s. The Madeleine clutch is made of Veau Carat leather and has clean, spare lines and is set off with a rounded palladium closure that resembles the studs used in Moynat trunks. The Rejane is made of selected crocodile skin that is treated to maintain the natural pigmentation.