The handbag collection will feature eight styles including the brand’s signature silhouette, a large “O” bag with a handcrafted, gunmetal ring handle. 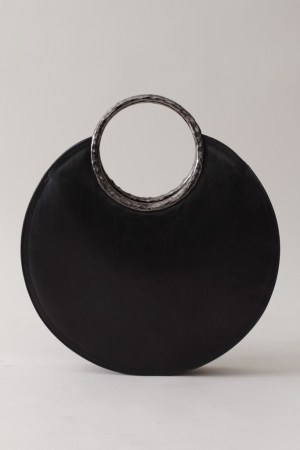 What Does a Handbag Brand for Busy Lifestyles Do in the Pandemic?

Jill Fairchild is getting back into the design game.

Fairchild — the daughter of W Magazine founder John Fairchild who developed the Where to Wear shopping guides, once had her own accessories company and now consults for numerous brands, including J. Christopher Capital and Ellesse — is introducing a line of luxury handbags, FairchildBaldwin, in partnership with Karen Baldwin, a former public relations director at Michael Kors. The brand will be launched at an event Tuesday at the OC Concept Store at 655 Madison Avenue, when Fairchild also will be feted by the Web site What2WearWhere.com as its contributing style editor.

RELATED STORY: Deesigns by Dee Ocleppo to Launch on HSN >>

Of her bags, Fairchild told WWD, “Fashion has always been in my blood. For Karen and me, the bags are all about the handle and how beautiful leather speaks for itself. We aren’t about logos or flash, but just a beautiful handle and beautiful materials that become identified as FairchildBaldwin.”

The collection consists of eight styles that will retail from $650 for a leather tote to $2,200 for the brand’s signature silhouette, a large “O” bag with a handcrafted, gunmetal ring handle. They are made from materials such as kangaroo, broadtail and Italian leathers with details including flannel, leather trimmings and different handle finishes. Other styles include a bucket bag in studded, embossed suede and a flannel tote that comes in men’s and women’s styles. The signature on all the bags will be metal ring handles handmade by jewelers in New York.

Beginning in January, the collection will be for sale on both What2WearWhere.com and at the OC Concept Store, as well as via custom orders. All styles will be available for preorder starting Tuesday.

“They are such a statement, and the fact that they are all made in New York is great,” said What2WearWhere founder Karen Klopp, who approached Fairchild about contributing to the site a few months ago, adding, “It’s a platform for Jill’s fashion opinions and take on style, which is great for us because our site is classic and she’s kind of a ‘cool girl.’”