The German brand launched its first collection of women's handbags for spring. 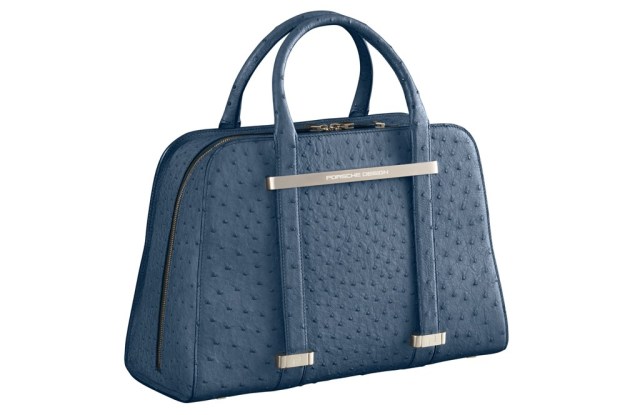 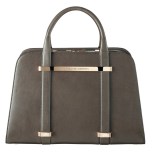 Porsche Design is feting its 40th anniversary with its first women’s handbag collection, which is set to hit stores in March.

The line is made up of 20 variations of what it calls the Twin Bag, a bowler bag style silhouette with two adjustable handles that is available in different colors, materials and hardware options.

Retailing for between $1,600 and $24,500, the bag is available in ostrich leather, crocodile and calf leather sourced from France. The core price is less than $2,000.

“In 2009, we launched a women’s collection and we thought about the possibilities for Porsche Design to enter this competitive handbag market,” Juergen Gessler, Porsche Design chief executive officer, said. “From our point of view, with this collection, we found the perfect combination of our iconic style with function.”

According to Gessler, Porsche is positioning itself to compete with Louis Vuitton, Prada and Tumi.

“When we look at our female customer, it’s a woman in business who is very successful,” he said of the brand’s target shopper. “She wants to have a sleek, iconic style that’s fashionable and professional.”

The spring bags, which are made in Italy, will hit Porsche’s 125 doors worldwide and be carried on the company’s Web site.

With annual sales of roughly $150 million, Porsche Design is banking on the women’s collection, which includes watches, luggage, eyewear and soon, fine jewelry, to grow from 20 percent of total sales to 35 percent in the next three to five years.

That kind of growth isn’t an anomaly for the brand, which said it earned just $50 million in sales two years earlier.

To support that growth, Gessler said it’s aiming to expand its 13-door base in the U.S., focusing on cities such as Chicago, Washington, Atlanta and Dallas.

The German company will also extend its reach in Europe, beginning with France and Italy.

Even though the economy is still fragile in Europe and the U.S., the ceo underscored the importance of both regions, and said Asian tourists on holiday were responsible for fueling growth.

China and Japan will also be a focus for the firm over the next two years, as will tweaking the men’s and women’s collections to be more on trend.

“We want to improve all of our categories, especially men’s bags, which we have a long tradition in,” Gessler noted. “Men’s bags are getting more fashionable, and that’s what we want to be.”