From fall 2014, the brand will introduce its first women’s handbags designed by creative director Fiona Cibani. 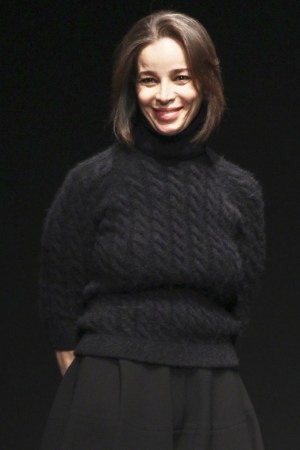 This story first appeared in the January 2, 2014 issue of WWD. Subscribe Today.

From fall 2014, the brand will introduce its first women’s handbags designed by Ports 1961 creative director Fiona Cibani. Paying homage to the brand’s signature Blouse N.10 white cotton sartorial blouse, the line will be called No. 10 Bag and will include four styles in different color and material variations. In February, the company will give customers a preview of the first collection at Milan’s high-end boutique Banner and at the company’s flagships in New York and Paris.

“We are recognized as a ready-to-wear brand, and until now we did accessories to complete the look,” said Ports 1961 general manager Salem Cibani. “With this launch, we aim to introduce a stand-alone collection of bags, which will be clean, minimal yet elegant, extremely functional and with an incredible high quality.”

According to Cibani, the expansion of the accessories business will help create solid relationships with stores and boost the company’s wholesale business. Ports 1961 collections are sold in 80 doors around the world, including Neiman Marcus in Los Angeles, Bosco di Ciliegi in Moscow, Quartier 206 in Berlin and Harvey Nichols in Kuwait City.

The company, which in 2011 relocated its headquarters from New York to Milan, also continues to invest in its retail business. In fall 2014, Ports 1961 will open a 19,376-square-foot flagship on Shanghai’s luxury shopping street West Nanjing Road, along with a unit in Hong Kong. These flagships will feature the new store concept conceived by Yabu Pushelberg, the design firm founded by Toronto-based George Yabu and Glenn Pushelberg, who developed a series of retail projects for international clients, including Lane Crawford, Barneys New York, Bergdorf Goodman, Louis Vuitton, Carolina Herrera, David Yurman and Kate Spade.

“We will also refurbish the Paris and New York stores with the new concept,” said Cibani, who affirmed that the company is looking for new locations in both London and Milan and plans to open a second store in New York.

The firm is due to hold its first men’s wear runway show this month during Milan Men’s Fashion Week, after several seasons of presentations.

Although Ports Design Ltd., the holding company that owns Ports 1961, mainly commercializes its medium-high line Ports International in China, which accounts for the bulk of the group’s sales, the main markets for Ports 1961 are the Europe, Middle East and Africa regions and the U.S.

Cibani said Ports 1961 has consistently been logging double-digit growth and that the brand accounts for 5 percent of total revenues of Ports Design Ltd., which last year posted net profits of 425.87 million Hong Kong dollars, or about $55 million.