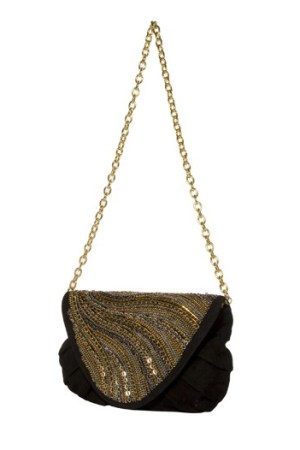 Handbags are generating interest at both ends of the retail spectrum in these difficult economic times.

Rafe joins AP Bags USA’s roster of accessories brands, which includes Mandarina Duck, Coccinelle and Braccialini. AP Bags sought out the New York-based contemporary firm to complement its existing lineup, as well as build its U.S. business, which accounts for 5 percent of its sales.

“We looked to Rafe [president and creative director, Totengco] because he has incredible design talent and an established business in the U.S. market, but he was limited in his ability to grow as he did everything internally,” said John Wilson, president and chief executive officer of AP Bags USA. “We had the infrastructure, the know-how, to take his brand to the next level, to build growth overseas in terms of production and distribution.”

Wilson expects Rafe to generate a 30 percent sales increase to $7.8 million in its first year under the agreement. Totengco expressed a sense of relief in allowing AP Bags to handle sourcing, production and sales.

“It was getting to the point where I was in Asia for months at a time or so busy tracking down retailers for payment that it was affecting my ability to do great work,” Totengco said. “I wasn’t looking for this, but when this opportunity came along, I took a close look at their brand and thought, ‘Well they’re doing what we’re doing, only better.’”

Totengco said the Rafe handbag aesthetic won’t change, but he will be more equipped to experiment with new styles or trends or add styles to the collection, which wholesales from $130 to $350. He is also focused on building the shoe line.

Although the $100 million Westport is predominately a small leather goods company that holds licenses in the category such as Kenneth Cole, Necessary Objects and Kenneth Jay Lane, the firm is looking to make inroads in the handbag market. The deal for Sag Harbor marks its first major initiative in the category.

“We have always been on the forefront of small leather goods, but we realized that if we’re going to grow this business, in our world we need to be in bags,” said John Florin, executive vice president of Westport. “We saw this as an opportunity for growth within our brand. Handbags give us the ability to do five times the amount of business we already do.”

Westport projects Sag Harbor will generate $25 million at retail in its first year under the agreement. The line was previously manufactured by Koltav, a California-based firm.

“I think Kellwood saw in us a company with a diverse roster from a customer base, as well as penetration in the mass and midtier sector of the market,” said Kevin Ross, Westport president. “Our goal is to get more distribution on the brand than ever before, to upgrade it a bit, as well as give us a platform to grow our own bag business.”

Sag Harbor retails from $12 to $20 at J.C. Penney and Sears. Westport plans to expand distribution to regional specialty and department stores.

Westport is also pushing into to the handbag market with its wholly owned brand Mundi. With wholesale prices ranging from $3.50 to $15, Mundi represents 20 percent of the Pine Brook, N.J.-based firm’s sales, while private label accounts for 50 percent. Westport makes small leather goods under the Kohl’s, Target, Wal-Mart and Bloomingdale’s brand names.