Hermès handbags top the market and maintain, on average, 80 percent of their value.

The company first revealed Clair, which stands for Comprehensive Luxury Appraisal Index for Resale, last October as a way for consumers to instantly determine the resale value of any handbag and accessory they already own, or are thinking of buying.

The report contains a real-time price-tracking function, which will allow consumers to trace the historical evolution of resale values. Users can now “follow” Clair Codes they want to track and get updates on price changes in real time so they have the most up-to-date information about what their bags are worth. The information could help users determine the best time to sell a handbag, or to buy one as an investment.

“It’s like the Kelley Blue Book for automobiles,” Rebag chief executive officer Charles Gorra said, noting that the Clair Report gives the user “instant value of what we offer in the resale market.”

“The most requested feature that people want to see is a time series, they want to see the trends and if it’s going up,” he said.

The Clair Report also tracks resale’s winning brands for 2020, which were Hermès, Chanel and Louis Vuitton. Value preservation is determined by dividing market value by retail price. “The higher the ratio, the higher the desirability of that brand,” Gorra explained.

Dior bags have been fast risers in 2020, retaining 56 percent of their value (a 13 percent jump from last year), and Bottega Veneta, which retains 38 percent of its value (up 10 percent over 2019). Gorra attributed Bottega Veneta’s strong year to how creative director Daniel Lee has reinvigorated the brand since joining in June 2018.

Dior’s collection, for example, trades at 92 percent. “This is absolutely mind-blowing,” he said. The saddle bags, in particular, trade in the upper 80s percentage, including the vintage saddle bags. “The trend around Dior has a lot to do with the vintage trend,” Gorra said, noting that the old vintage Dior saddle bag has increased this year because of the reissued saddle bag.

A handbag’s scarcity, such as the Louis Vuitton Eva crossbody, which trades at 84 percent over retail, will result in the resale value possibly skyrocketing. Because this particular style was discontinued in 2014, and because trends have shifted toward mini bags, Gorra said the bag has gone from $700 to $1,400 in one year. “It’s a rare asset since only so many were produced,” he said. 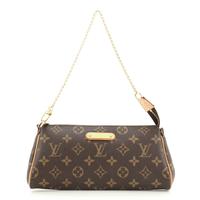 In general, retail price doesn’t impact a bag’s resale value, according to Gorra. It’s how much consumers are willing to spend and fight to procure it in the resale market.

“The resale industry is constantly changing,” Gorra said. “The Clair Report is our way of tracking those changes, sharing them with the public, and empowering consumers to make informed decisions and investments.”

The Clair Report is available on Rebag.com, as well as the company’s social channels.