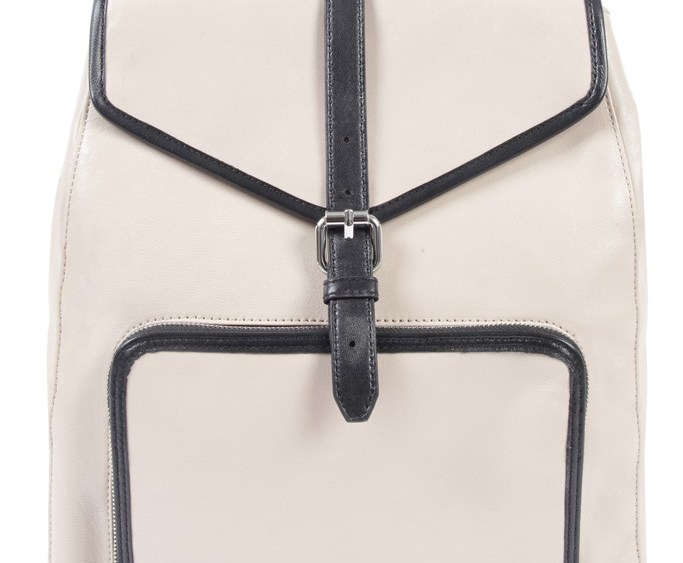 NEW YORK — Beyond Refinery29’s expansions on the editorial front — its first international edition in London is slated for launch in early December — the digital fashion destination will unveil its first collection of accessories, created in partnership with DKNY.

Refinery29 editor in chief Christene Barberich called the seven-piece handbag line, Refinery29 + DKNY, a tangible example of what the site does on a daily basis. This is DKNY’s second collaboration with a digital lean — the first was with blogger the Bag Snob last year.

“Because personal style can be intimidating for a lot of women, we like to think of ourselves as the feel-good fashion site, never alienating anyone, but still delivering smart and original ideas they can apply to their everyday lives,” Barberich said, revealing that the seven-year-old site averages seven million monthly visitors, maintains a database of 1.2 million e-mail subscribers and projects one billion page views for 2013.

“We thought about each market and how we see it responding. We are a trend destination, but the bags aren’t overly trendy. They are still classic,” Refinery29 creative director Piera Gelardi added, seated alongside Barberich at DKNY’s showroom in Midtown here.

The bags are named after the cities where the site maintains a presence: New York City, Chicago, Miami, Los Angeles, Washington, D.C., San Francisco and London. Each of the bags, which retail from $195 to $395, keeps the local demographic in mind.

The New York City is a $395 streamlined nude leather backpack with black bordering, and the San Francisco, also $395, is a raffia satchel with coral accents and black leather top handles. Then there’s the $245 Miami, a petite coral and nude crossbody and the $305 Washington, D.C., a larger version of the same silhouette with chain straps. The London is an ode to Vivienne Westwood-esque punk with a coral and black lace envelope clutch and retails for $265.

“We are a digital style site, so we wanted that vibe and DNA to resonate, but really nicely merged with the signature DKNY sensibility,” Barberich said of the Los Angeles and Chicago, a $195 canvas box clutch and $305 tote, respectively, emblazoned with pixelated, geometric prints created by an in-house graphic designer to give the bags a “digital feeling.”

Beginning in March, the bags will be sold at DKNY stores, dkny.com and refinery29.com.

Barberich said Refinery29 saw 100 percent year-over-year growth from 2011 to 2012. Going forward, the site will focus its energies on commerce and video, including a new holiday concept “Live From Tinseltown.” The video program will lead up to the site’s last day of shipping before the holiday season — and Barberich said the program is a “bit like Refinery29’s own HSN experience.”