The 60-year-old Etienne Aigner is gearing up for a major overhaul. 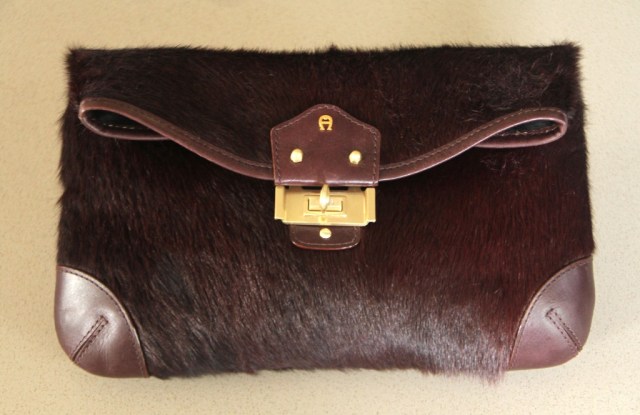 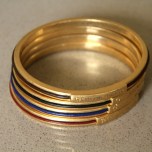 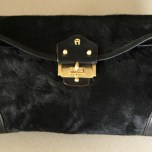 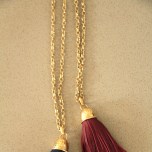 The 60-year-old Etienne Aigner is gearing up for a major overhaul.

In preparation for a fall comeback, the brand — absent from stores since its last inventory hit retailers last fall — will unveil a reimagined handbag and jewelry collection.

Under the direction of president Jim Piotti, who rejoined the company in October, and a new design team, the brand is also out to elevate its image — which went from its heyday in the Seventies and Eighties to being seen as a dated, mass brand appealing to an older, more conservative consumer.

Piotti, who held the same role at the company from 2004 to 2006 and served as vice president of sales from 1999 to 2003, wants to change this notion, starting with handbags in sleeker silhouettes using modern fake exotics and calf hair, as well as worn gold, silver and copper ox jewelry with leather and fringe detailing. The brand will continue to use its classic, horseshoe “A” logo.

Formerly, retail prices for handbags topped out at $170, but the new line will start at $178 and run to $348 for a larger tote. Piotti said 75 percent of the line will retail for less than $300, but the higher price point was carefully thought out to “make the brand special again.”

“Aigner launched jewelry in 2005, and the handbags and jewelry business combined reached $55 million in 2008,” said Piotti. “As a privately held company, our decision to take the business down to zero demonstrates our long term commitment in repositioning Aigner with a focus on increasing and improving brand awareness and equity.”

Jewelry, which includes chunky rings, bangles and multistrand necklaces accented with studs and rivets, will retail from $35 to $275.

“We’ve been a mainstay on the first floor [of department stores] for almost 60 years, and while Aigner products have always resonated with our customers, we’re targeting new consumers as well,” Piotti said. “We are deeply committed to repositioning ourselves as a complete lifestyle brand beyond women’s accessories and licensed products.”

The line will be approximately double the price of previous offerings. Piotti is focused on expanding the distribution base as well, aiming for stores that didn’t carry the brand in the past, citing Nordstrom as an example.

When asked what challenges the Etienne Aigner brand faces as it prepares to relaunch, Piotti said he’s still concerned about overall consumer attitudes, even though the economy has been on an upswing. “As with most companies, the economy is the most challenging aspect of relaunching.”

After two months of solid gains, Consumer Confidence fell in January and is back to November levels.

“It is still a concern with our introduction of higher pricing,” he added. “However, we believe in our brand equity and we’re focused on increasing brand awareness through marketing efforts, national advertising, e-commerce, and in the future, our own store. Additionally, our price-to-value relationship is the core of our rebranding efforts.”

The company is looking for space in SoHo to open its first freestanding shop this year. A new Web site will be running by August, and a national ad campaign will hit in 2013. The brand is also looking at men’s accessories, and plans a range of belts, attachés, wallets and mobile device cases for holiday.

Licensed lines, including shoes, gloves and sunglasses, will also get a makeover come 2013, and Piotti added he’s eager to expand into women’s apparel.