Fans of Kipling might recall the brand’s nylon backpacks and ubiquitous monkey key chains with a hint of nostalgia. 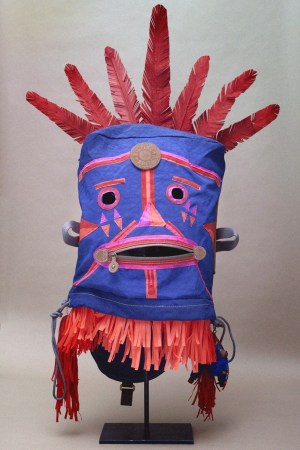 Fans of Kipling might recall the brand’s nylon backpacks and ubiquitous monkey key chains — which saw a major moment in the U.S. in the Nineties — with a hint of nostalgia.

Twenty-five years later, as a division of VF Sportswear Inc. since 2004, the brand has grown exponentially. Though backpacks catapulted its brand awareness, Kipling — loathe to pigeonhole itself — has since fully expanded into the lifestyle arena.

“We’ve really been able to drive business by innovation, within and beyond crinkle nylon,” said Dimperio.

Crinkle nylon, Kipling’s fabric of choice, was born out of a “happy accident” in Antwerp, Belgium, in 1987 when the brand’s founders witnessed a malfunction: a piece of overdyed nylon fabric got caught in a loom, creating an accidental crinkle effect that would become the brand’s signature.

“Since then, we’ve added prints to it, texturized it, metallicized it, coated it, laminated it — you name it,” said Dimperio. “And by extending our product categories with coats, accessories, luggage and handbags, we’ve been able to stretch and grow the brand.”

Kipling plans to celebrate this year’s milestone with a series of global initiatives and projects, including a new Classics Collection of six redesigned hits from its archives.

“The vision was to look back but make it more forward,” said Dimperio. Weekend, duffel, backpack and cosmetics bags will boast updated details like leather trim and new color ranges. They will be available starting Tuesday both via e-commerce at Kipling.com and at Macy’s, the brand’s exclusive U.S. department store retailer.

Kipling has also collaborated with renowned photographers Rankin, Paul Graves, Sarah Illenberger, Alex Salinas and others on a project called “Play With Bags,” in which the artists were asked to cut, sew or mold bags from the Classics Collection to create their own photographic works of art.

This project as well as other events and promotions can be seen at Kipling’s special anniversary site, 25yearskipling.com.