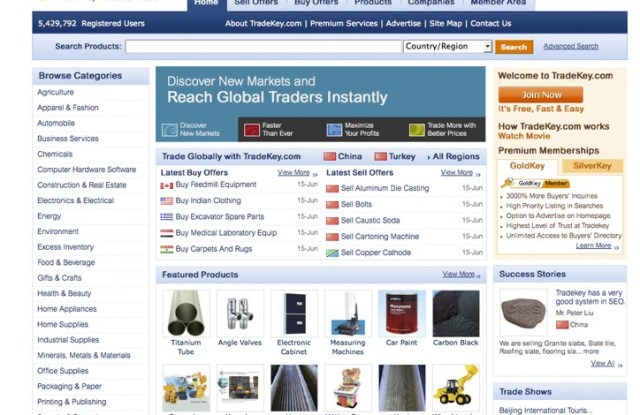 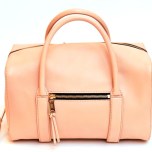 Four Compagnie Financière Richemont SA brands are looking to narrow the definition of acceptable e-commerce and turn up the heat on online counterfeiters.

The complaint further claims that Tradekey.com “designed itself for counterfeiters” by attracting, inducing and assisting the sale of bogus merchandise, which the site refers to as “replica” goods.

According to the plaintiffs, who waged a yearlong investigation, Tradekey not only helps manage listings by counterfeiters, editing postings and removing the term “replica” from their title, but it also provides search engine optimization services to its members, who sell counterfeit goods.

The suit was filed last month in the U.S. District Court for the Central District of California and unsealed Wednesday.

Becoming a Tradekey GoldKey or SilverKey member is easy, according to Rob Holmes, chief executive officer of IPCybercrime.com LLC, who led Richemont’s investigation and recently testified in court.

After paying $3,000 to become a GoldKey member, Holmes was contacted by a TradeKey representative who helped him promote his sell offer listings using certain keywords that would enhance his chances of being at the top of searches looking for fake Chloé bags, for example.

One of his Chloé ads stated: “We work directly with the #1 factory in China for perfect mirror quality fake Chloé Paddington handbags.” Another one more blatantly added: “The quality is mirror image and looks just like the real thing!”

Holmes said in his declaration to the court that his Tradekey representative told him that, by using the company’s search engine optimization (SEO) savvy, some listings could pull in buyers from Google. The rep even boasted that Tradekey hired a former Google employee to help with its SEO work.

Calling the plaintiffs’ description of Tradekey “seriously flawed,” the defendants’ attorney, Laurence Pulgram of Fenwick & West LLP, said Tradekey was never given notice, nor had it received any request that the infringing listings be removed.

“It [Tradekey] has terminated thousands of listings — generally in no more than 24 hours after receiving notice — and has implemented expedited takedown procedures for bulk notices, a process utilized by many leading brands,” said Pulgram, who added that Tradekey also sells a variety of other goods, from agricultural products to vehicles.

Infused with a $20 million capital investment from its parent company when it was founded six years ago, Tradekey.com said it sells “millions of goods in over 240 countries.” The Web site handles over 10 million visitors, serves over 5 million members, and receives over 32 million page views a month. Tradekey’s page rank, which is an indication of a Web site’s popularity, is eight out of 10, according to Google.

For some context, eBay.com shares the same rank, Gilt.com earns a seven out of 10, and Amazon.com gets a nine.

Known for his work on the Napster case, as well as for representing Facebook’s Mark Zuckerberg against the Winklevoss twins, defense attorney Pulgram will likely try to settle this case, said a source familiar with the matter, who emphasized that the plaintiffs are unlikely to settle.

After eBay Inc. beat Tiffany & Co. in a 2008 trademark case, in which the jeweler alleged the auction site wrongfully allowed sales of thousands of counterfeit bracelets and necklaces, luxury brands have been more cautious when it comes to fighting similar battles. The difference here is that Tradekey is a business-to-business site that, unlike, eBay, does not have programs like VERO (verified rights owners program) to safeguard customers from fraud, said Susan Scafidi, director of Fordham University’s Fashion Law Institute.

“This case is equivalent in the brick-and-mortar world to shutting down a warehouse,” said Scafidi, who first heard of Tradekey years ago, after her Web site, Counterfeit Chic, was sent an invitation to join Tradekey’s membership program.

According to Scafidi, while this lawsuit will help bring to light a network of counterfeiters, collecting money is “unlikely.”

“Did you notice where the company is based?” she said. “The most important thing here would be injunctive relief.”