A year after being bought by Brown Shoe Co., the brand will make its first foray outside footwear. 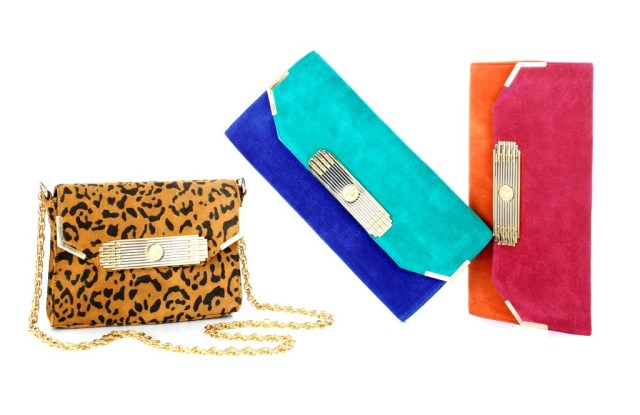 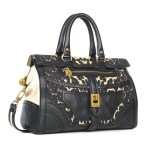 When Brown Shoe Co. bought Sam Edelman just over a year ago, both companies had a common goal — to further develop Edelman into a lifestyle brand by growing its core businesses and extending its reach to other product categories.

This story first appeared in the August 22, 2011 issue of WWD. Subscribe Today.

Zeroing in on that, Edelman will make its first foray outside footwear with a spring 2012 line of handbags and small leather goods.

Edelman has teamed with New York-based Schifter + Partners, the maker of Gwen Stefani’s L.A.M.B. and Harajuku Lovers collections, to create an aspirational line inspired by the streets of Paris and New York’s rollicking disco days.

“I believe there is an unbelievable opportunity in the market right now for Sam Edelman handbags,” said Sam Edelman, president of the eponymous brand. “Handbags are a natural evolution to our already successful footwear collection. Our girl has always looked to us to set the trends, so I’m looking forward to introducing this new category.”

Over the first four years, Edelman expects the new line to bring in about $10 million. In 2009, Edelman amassed sales of $34.1 million, according to a regulatory filing by Brown Shoe last March. When it was acquired last year, Edelman said it grew to $60 million in sales since its inception in 2004.

The handbag line, which ranges from $98 to $498, includes four subcollections that will launch at better specialty stores and department stores, including Bloomingdale’s, Nordstrom and Holt Renfrew, as well as online at Shopbop and Piperlime.

The Signature collection consists of classic canvas totes and carryalls with expandable zippered gussets with vachetta trim in an assortment of prints, as well as black-and-white snow-leopard-print haircalf styles.

The line will be exhibited at FN Platform at MAGIC in Las Vegas on August 22 to 24.