Okapi, the accessories label founded by Hanneli Rupert, primarily works with ostrich skins and employs a new, sustainable farm-to-shop floor approach by producing locally, and only using byproducts of the food industry.

LONDON — When Hanneli Rupert set up Okapi over 10 years ago, she was looking to leverage South Africa’s resources and create a world-class luxury product that was entirely coming out of her native country.

The result is a brand that has full traceability and works with local ostrich farmers in the town of Oudtshoorm, to produce luxury leather bags and accessories using skins which are a byproduct of the food industry.

These were not elements of the business Rupert was as vocal about during Okapi’s earlier years, but as the sustainability conversation heats up and consumers are demanding to know more about a product’s provenance, she is now ready to reap the benefits of having set up a fully transparent manufacturing chain: Okapi is growing its presence in London with a series of consumer-facing events; made its debut on Net-a-porter and Rupert is now also plotting new category launches, starting with fine jewelry this summer.

“I started by setting myself a very hard task to really do everything, from beginning to end in South Africa, even the hardware is done locally. Setting up the infrastructure for that and training the people took a lot of time and investment,” said Rupert in an interview. “Earlier on, I couldn’t see any benefits to having this system, I didn’t think people cared that much about the element of traceability or transparent sourcing, but now everyone wants to know where every element comes from and I can showcase that very clearly.”

She is also ready to speak up about her commitment to creating bio-products, by using skins which are a byproduct of ostrich meat — the idea being to create luxury accessories with minimal waste and to back local communities depending on ostrich farming. 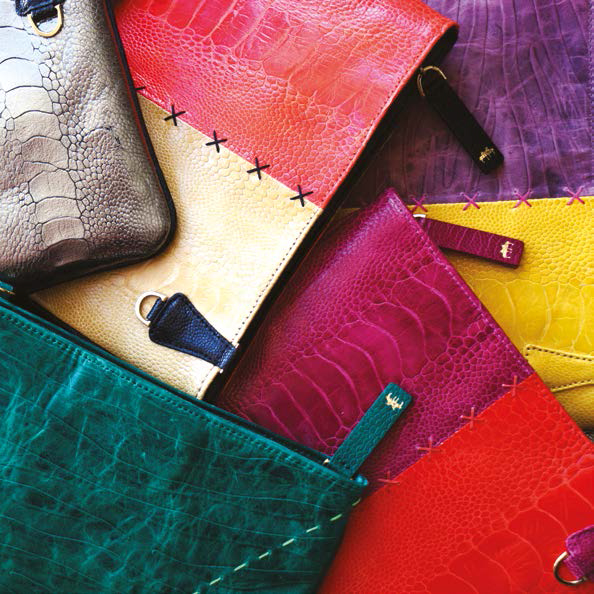 “I didn’t feel confident enough to mark the bags as a bio-products. I somehow thought that people wouldn’t like to associate the food industry with something that they might be then wearing and that it might take away from the luxury element of it. But now there’s been a turnaround,” added Rupert. “Ostriches are primarily farmed for meat, and it’s a fantastic food because it’s very low-carbon footprint, over three times lower than farming beef. Then every single element of the animal is used, they use the feathers for fashion accessories and for feather dusters, I use different parts of the skin, the meat is for consumption and even the vets use the sinews for operations on horses and dogs because it’s much better than something synthetic.”

Rupert’s “farm-to-shop floor” concept also brings an important argument to the table about the cease-and-desist approach some brands and retailers — ranging from Chanel, to Victoria Beckham and Selfridges — have been adopting when it comes to exotic skins.

“It’s better to look at the numbers and the statistics. I would never work with or eat something that is in danger or in fear of becoming extinct,” said the designer. “When it comes to exotic skins, if [they are produced with] very sustainable farming practices or are sourced by animals which are primarily consumed as a food source, then really you’re dealing with a bio-product.”

She added that another factor to take into account is that what the industry labels as exotic in Europe, can have different meaning abroad:

“In South Africa, we don’t consider ostrich as an exotic meat, it’s something South Africans are very patriotic about because it’s almost like a national symbol. We’re aware that people don’t have it abroad, but it’s still something local to us,” said Rupert, pointing to the social and environmental benefits of the production process, too. 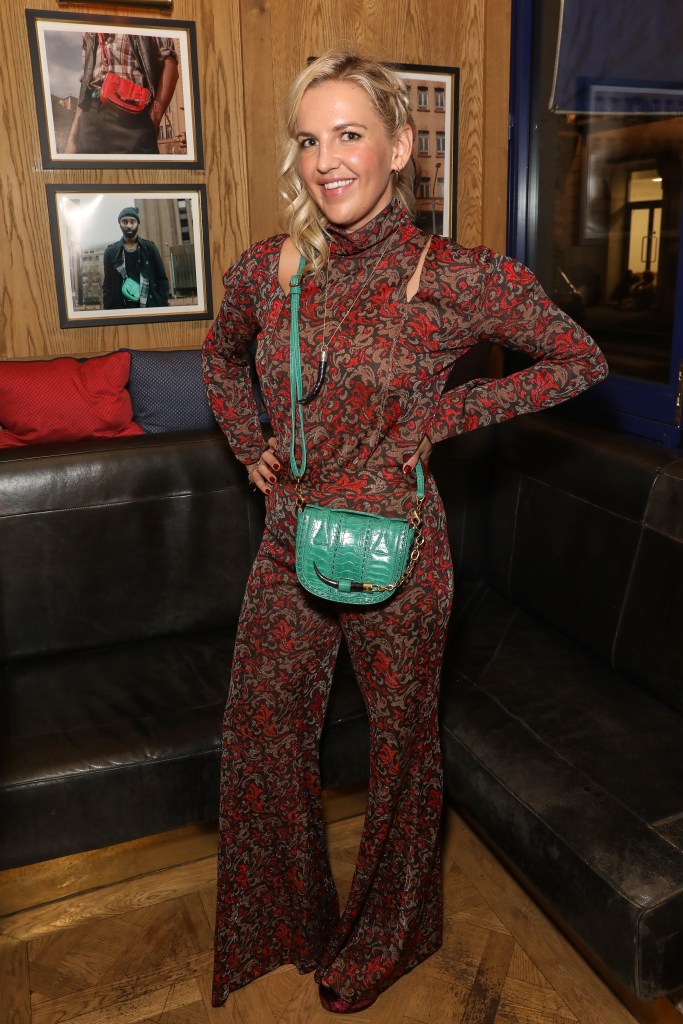 “Oudtshoorm is a very poor, remote area of South Africa and even though they have the manufacturing resources they didn’t have connection to the market to determine what the right colors or styles for production would be. It’s also an area with huge problems of alcoholism so giving back and supporting the community was another big element,” said Rupert whose signature clutches and cross-body bags come in bold fuchsia, burgundy or emerald shades. “From the get-go we looked at things that were previously waste and wanted to make an item of value from them, whilst also creating value in terms of jobs and teaching skills to the community.”

Rupert is applying the same ethos of “supporting people from the ground up” and working with local suppliers, as she looks to grow her label. Her upcoming jewelry collection, set to make its debut this summer, will feature springbok horn charms embellished with gold and diamonds, while a silk scarf collection is also in the works in partnership with the humanitarian agency ADRA. 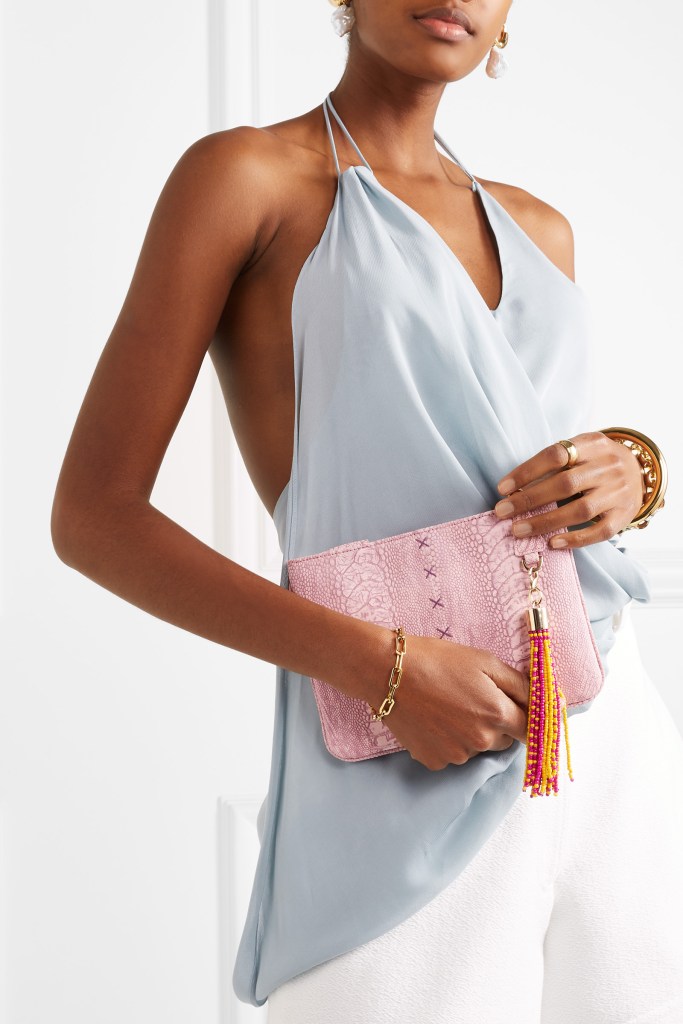