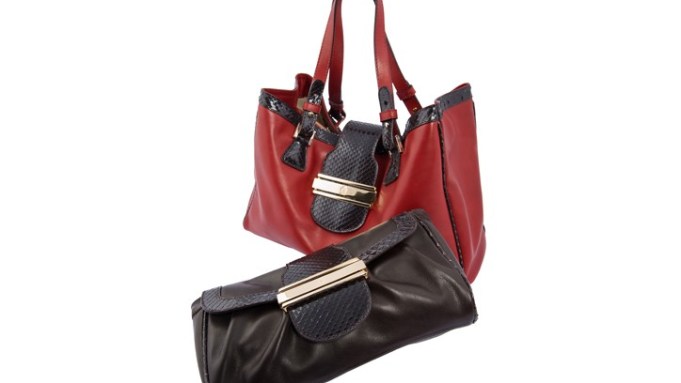 The only visible reminder of the past in the new, modern and strikingly white Franzi showroom is a cluster of old medals hanging on a column in a wooden frame.

They more or less date back to when the accessories house was founded in 1864 and bear witness that Franzi was the official leather goods supplier to the Savoia family, the Italian royals.

Now the brand’s new owners — six entrepreneurs who operate in different fields — want to bring back the luster of its heyday, when Franzi’s finely crafted leather bags were the ultimate luxury.

That mission is in the hands of Suzanne Biasini, chief executive officer of Franzi, who hammered out a relaunch plan aimed at scoring sales of 15 million euros, or $21.2 million at current exchange, and competing with Tod’s, Valextra and Hermès.

The retail goal is to secure 150 sales points worldwide in three years and open a freestanding store in Milan in the next year. The spring collection will be on display on Sept. 23 in the Corso Venezia showroom.

“When we approached Oreste [grandson of founder Felice Franzi] about acquiring the company, he was surprised,” said Biasini. “But when he realized we didn’t want to play havoc with the brand, he was fine.”

Biasini learned about luxury goods during her tenure as retail director at Gianfranco Ferré and first heard of Franzi from Ferré himself. “He used to gush about how the line was so luxurious, yet avant-garde and minimal,” she recalled.

Those traits are what Biasini is most keen on preserving and bringing to currency, along with the vegetable-dyed hammered leather that is a Franzi hallmark. A suitcase dated 1960 and crafted from this special hide sits in the Museum of Modern Art in New York.

Predictably, Franzi’s archives provided a deep pool of inspiration for the new design team. Among the 80 spring styles are rigid-frame bags in hammered leather, sportier versions with keyhole-shaped clasps and bold stitching and soft totes with python trim and metal clasps.

Italian luxury accessories line Anila may be new to the fashion game, but it’s off to an impressive start.

When it previewed a capsule collection of gloves and bags in Paris this year, Dita Von Teese turned up to model. Now the label has enlisted up-and-coming English designer Joanna Sykes as its creative director.

Sykes has worked as a designer at Alberta Ferretti and as a consultant to Giorgio Armani, and is making waves in fashion circles with her minimalist, eponymous ready-to-wear label.

For Anila’s spring collection, the 29-year-old Central Saint Martins graduate is keen on keeping things modern with a technical edge.

The shoes and bags feature clean, graphic lines, like a deep décolleté calf pump with rubber-coated prism-shaped heels and an elongated, sleek evening clutch crafted out of inky black ostrich leather. Ostrich is the label’s trademark, and a nod to Anila’s owners, the industrialist Butali family, whose interests include an ostrich farm in Tuscany.

Sykes already has her eye on using the brand’s specialty leather for a one-off jacket design next season.

In a world where production is going increasingly faster and high-tech, lightning technology isn’t part of the plan chez Roberta di Camerino.

As the storied accessories brand prepares its comeback on the fashion scene after Sixty Group acquired it in June, designer Giorgia Scarpa instead revitalized the erstwhile techniques that originally catapulted the bags to fame.

To wit, the velvets are once again handwoven on 17th-century wooden looms by expert workers in the Veneto region. A piece of velvet with a maximum size of 27 by 32 inches is spun in a day on a loom that takes a week to prepare.

“I’m over industrial production these days, where every bag is cookie-cutter perfect,” said Scarpa. “You can tell these bags have an artisanal flavor because they aren’t perfect.”

The fabric is then crafted into the house’s iconic rigid-frame doctor bags called Bagonghi, at times with relief polkadots adorning the velvets.

Scarpa, who spent seven years at Prada and worked at Dior, said the archives were a gold mine, especially up until the Eighties. “They contained over a thousand bags. My idea is to revise the key elements in a contemporary manner and bring my vision to the table,” said Scarpa.

The buckle, another di Camerino highlight, is patterned on the fabric to create an optical effect. Color, also a brand staple, is used in limited quantities, restricted to fuchsia or acid green enamel frames contrasting with cocoa leather.

According to Alessandro Varisco, ceo, the collection earned positive reviews from the buyers who previewed it in July. So far, it’s been picked up by Barneys New York, Antonia in Milan, Villa Moda in Kuwait and 10 Corso Como in South Korea. The aim is to have 90 points of sale worldwide the first year and to open a flagship in Milan next year.

“We want to focus on the markets where the brand has a certain awareness and familiarity, like Europe and the U.S,” said Varisco. Retail price tags for core business bags range from $1,800 to $2,400.

Kartell is broadening its fashion horizons.

After creating one-of-a-kind installations for Dolce & Gabbana, Blumarine, Dsquared and Moschino during the Salone del Mobile furniture fair, Kartell has teamed up with fashion brand Normaluisa to create a plastic ballerina shoe.

Designed by Lorenza Luti, marketing and retail manager at the Milan-based furniture firm, the flat will accent Normaluisa’s runway looks on Sept. 26.

“Kartell is a lifestyle brand that has made transparency its trademark, so when I started to think of a range of shoes, it was natural to give the product our imprint,” said Luti. “Joining forces with Normaluisa was equally natural because I appreciate its chic, feminine and timeless style.”

The fashion brand was launched in 2005 and since its inception, the person behind it is a tightly guarded secret, which has added to the brand’s appeal. It’s carried by Gió Moretti in Milan, Mercury in Moscow and Montaigne Market in Paris.

A self-proclaimed shoe fanatic, the 30-year-old Luti said she harbors 300 pairs in her tiny Milanese flat with ballerinas accounting for the lion’s share.

Designed for the contemporary princess, the low-cut transparent slipper is called Glue Cinderella and confers a classic-cum-futuristic aura. It exploits Kartell’s 60 years of experience with plastic, especially the injection molding technology for which there are no junctures; the heel is star-shaped.

They will be on sale in specialty stores worldwide starting in January and are available in a sheer version, in opaque-sheer combinations or sheer with colored plastic.

The price is yet to be determined.

Kartell chartered a new course for industrial design by transforming plastic and polycarbonate into edgy furniture, often designed by artists such as Philippe Starck, Antonio Citterio and Tokujin Yoshioka.