Four years after launching, the Paris-based accessories line is getting its first stand-alone store in the French capital. 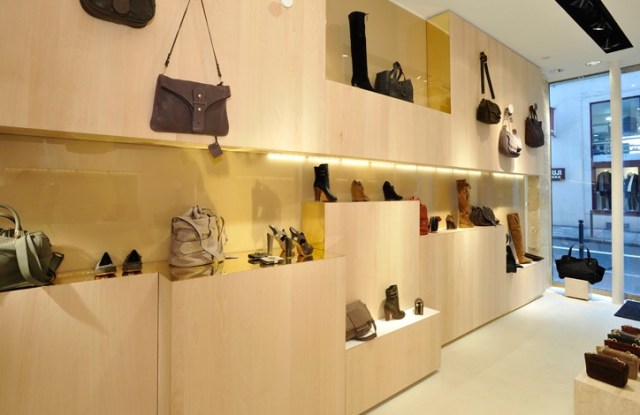 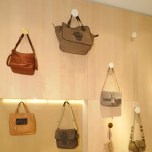 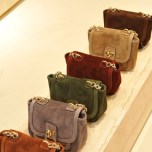 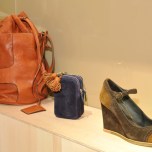 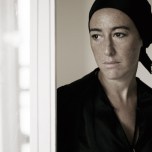 PARIS — Four years after launching, Paris-based accessories line Tila March is getting its first stand-alone store in the French capital.

Tamara Taichman, the designer behind the line, stuck close to home by opening the 540-square-foot unit at 24 Rue Saint-Sulpice, in the heart of the artsy Saint-Germain-des-Prés district.

“I’m a sixth arrondissement girl,” she said, referring to the area’s postcode. “I grew up in the sixth, I live in the sixth and I love the sixth. For a first store, I think it reflects who I am.”

The brand already has three stand-alone stores and seven corners in Japan, but for the Paris boutique, Taichman developed an original concept combining unvarnished wood with brass.

“This is more Parisian, more intimate,” she said, noting the Tokyo boutiques are on average twice the size of the Paris unit.

Tila March is carried in a limited number of points of sale, including department store Le Bon Marché and multibrand stores such as Colette, Shine and 58m.

“We were very cautious to begin with,” said Taichman. “Especially in Paris, we didn’t want very widespread distribution, so I think a lot of people were looking forward to the store, as we have a lot of choice. We have more than 300 references and, of course, in multibrand stores, people make a much narrower selection.”

The brand launched online sales in France in July. Coming up are store openings in South Korea and Singapore next year and, it is hoped, a second Paris boutique, this time on the Right Bank. Taichman said she was also mulling the launch of a small ready-to-wear line.

“Nothing has been defined yet,” she said. “But I think it would be a little bit like the bags — in other words, fairly straightforward collections that I would like to dress in myself. I know that I’m not a designer. My vision is closer to that of an artistic director, in that I can visualize the things I want when I want them.”