Timbuk2’s messenger bags are functional and tech-friendly, but are they suitably stylish? 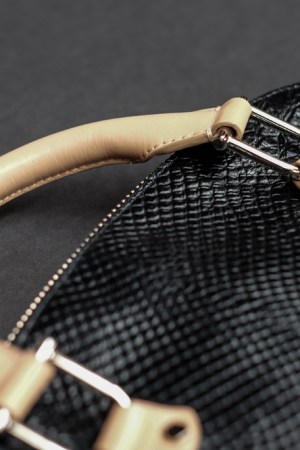 Timbuk2’s messenger bags are functional and tech-friendly, but are they suitably stylish?

That’s the question chief executive officer Patti Cazzato, formerly of Gap Inc. and Levi Strauss & Co., asked herself when she first walked into the company’s San Francisco headquarters a year ago. The result is the Femme Collection for women, out Sept. 2, which gives a dramatic new look, and a potentially expanded customer base, to Timbuk2.

After a six-month creative process with designer Andrea Chynoweth (who’s worked at Gemma Kahng and Vivienne Westwood), this foray into fashion merges the classic three-panel, commuter-friendly design with leather and color palettes inspired by Seventies-era Hermès and Louis Vuitton — like a laptop bag in disguise.

The inaugural four styles, available in four colorways, include a messenger reimagined as a cross-body purse and satchel backpacks inspired by vintage Persian carpet bags. At $198 for the Femme Fanny to $428 for the full-sized Satchel Backpack, these are a step up in price from even the Distilled collection, launched as a more refined men’s offering in fall 2013.