Up to You Anthology Wants You to Design Your Own Handbag

The start-up online platform allows creative types to take their handbag designs to market without intermediation.

The Nendo-designed handbags for the Up To You Anthology e-commerce platform.

On Thursday, the entrepreneur, with stints at Hermès and as a manager of the family business, launched a start-up e-commerce platform called Up to You Anthology, that allows creative types to submit sketches of a bag and see it eventually come to life through the company’s networks of artisans and to sell them on the e-commerce site.

Rather than setting up a traditional marketplace, Gavazzi wanted to raise the bar allowing “everybody to be able to create his or her own bag and try to sell it,” he explained noting the platform shortens the products’ time to market. During a trip to Japan a few years ago talking to interior designers and architects, he was triggered to “push them to express their creativity with a completely different kind of product. The bag nods to my Hermès days, but it is also a relatively simple item to deal with, compared to footwear for example,” he added.

Upon receiving a sketch, Up to You Anthology evaluates the idea, its marketability and feasibility in a mutual exchange with the designer that includes the number of reworks from the first prototype to the final product. Based in the Tuscany and Umbria leather goods districts, the platform provides the artisans, selected to highlight the quality of Made in Italy. Once the bag is completed the designer chooses the price, curates the way the accessory is presented online and is asked to promote the project through his or her  network of friends and social media followers.

In addition to manufacturing costs, the platform withholds a fee although Gavazzi stressed, “designers are really the winners in this win-win partnership.”

Marking the launch of the platform, Up to You Anthology has called on 11 renowned designers, mainly from the architecture and interior design fields, to develop their own styles. They include Nendo’s Oki Sato, Naoto Fukasawa, Giulio Cappellini, Elisa Ossino, Leonardo Talarico and Elena Salmistraro.

Reflecting Nendo’s penchant for modular design, the bags created by the Japanese firm are available in three sizes and two different materials, vegetable tanned leather and recycled felt, each coming as a flat sheet to be folded and assembled through rivets. The bags retail at between 270 euros and 302 euros. 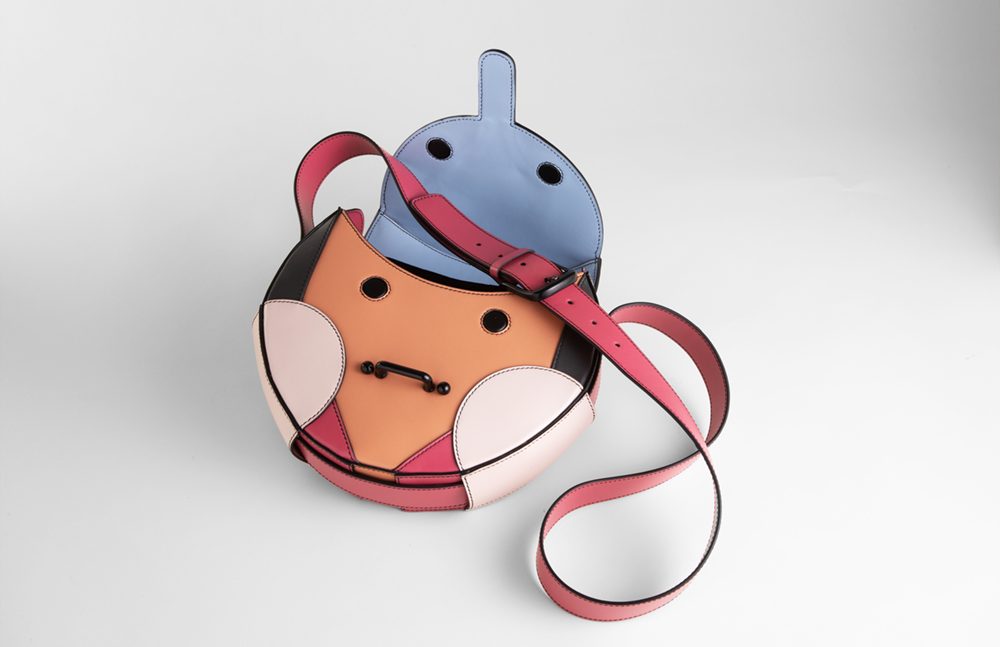 The tambourine-shaped bag created by Elena Salmistraro for the Up to You Anthology e-commerce platform.  Courtesy Photo.

The Greta bag designed by Salmistrato, a designer and artist who was named an ambassador of Italian design by the Ministry of Foreign Affairs in 2017, is a tambourine-shaped crossbody retailing for 755 euros. “It draws its name from my daughter,” explained the designer noting the item’s multicolored patchwork pattern nods to a kaleidoscope her child received. “It’s been a challenge because I had never designed a bag, but the craftsmanship of the artisans really impressed me, they even didn’t need technical sketches. We tried to preserve the circle shape, which is unusual, and we did lots of tests to find the perfect size,” she added.

Also fascinated by “pure shapes,” Talarico, an Italian creative who’s collaborated with Cappellini, as well as Tod’s and Mercedes-Benz, designed five different wrist pouches in the shape of a square, a half-moon and a circle. “I wanted to give strong personality to pure forms by attributing a function,” Talarico noted. A more experimental version, priced at 755 euros and called Minima Hula Hoop, mounts two poaches on a metallic circular hardware. “The more simple iterations evolve into this wearable sculpture,” the designer explained. 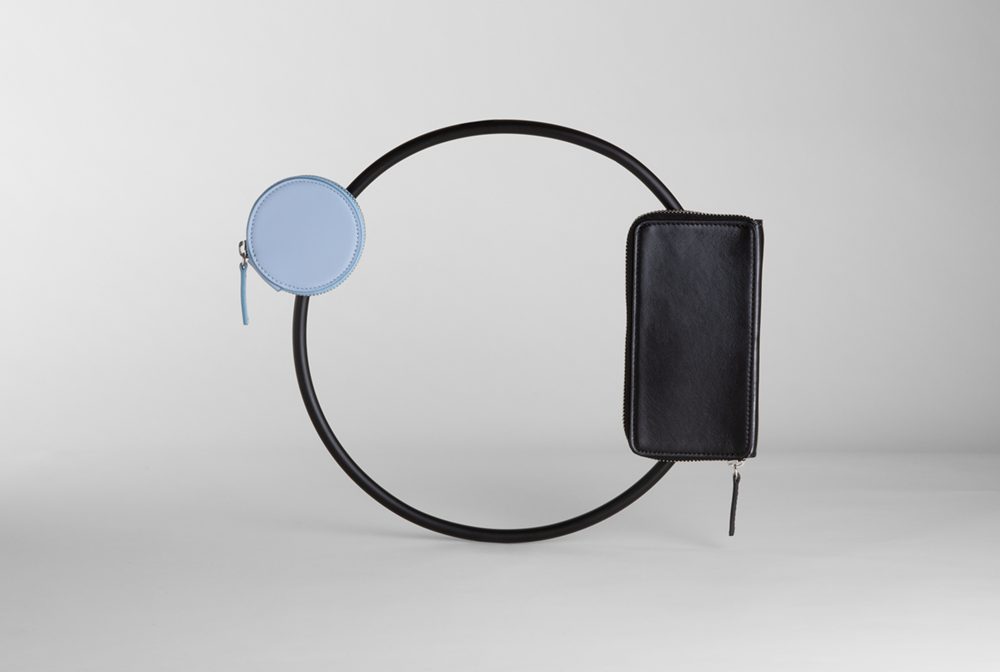 The Minima Hula Hoop bag created by Leonardo Talarico for the Up to You Anthology e-commerce platform.  Courtesy Photo.

Gavazzi himself stretched his muscles with handbag design creating a leather clutch in the shape of a pair of giant cherries, which he had dreamed to design for his former girlfriend back in his university days. “I’m amused by the fact that it’s wrong and uncomfortable,” he said.

The entrepreneur said he hopes the platform to generate buzz and attract creative types although he’s already busy looking for the next group of “unexpected designers” coming from different fields to take on the project.

Marking the web site’s launch on Thursday, a flash mob took place on Milan’s Corso Garibaldi where black-clad models sported the handbags while walking their dogs to the soundtrack of classical music. The full collection of bags was displayed inside the frescoed library of the Santa Maria Incoronata church.