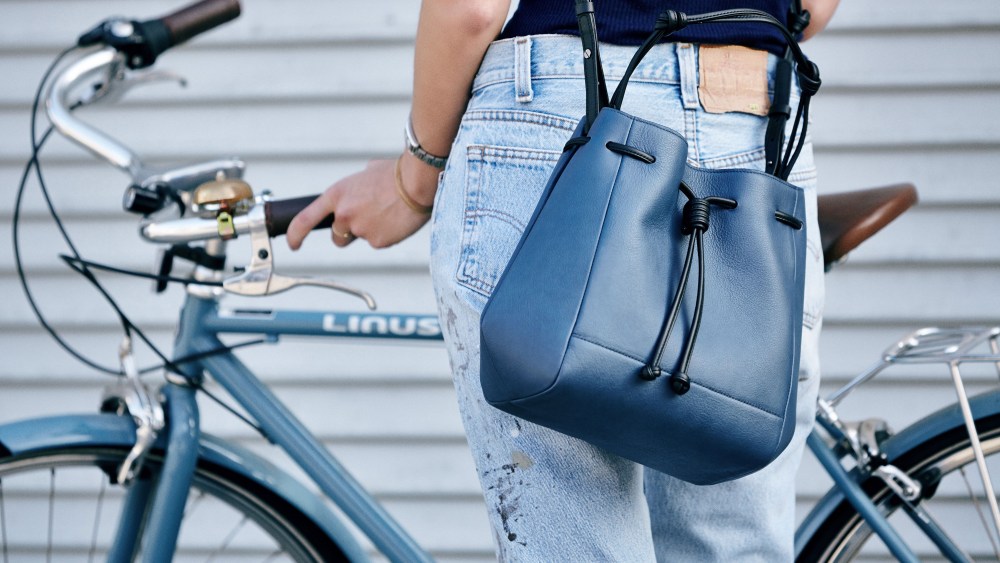 A former automotive designer hopes to shake up the handbag market by taking the direct approach with her new label, Von Holzhausen.

Designer Vicki von Holzhausen — whose prior bona fides include design manager for General Motors’ advanced concept studio and designer for Mercedes-Benz — hopes that consumers will flock to her e-commerce site for pared-down bags, offered at an “honest” price. She will release seven minimalistic designs Monday, in a neutral color palate of brown, black, white and steel blue. “What I’ve learned is that designers are good at designing a lot of different things in a lot of different ways — I had to undergo a process of understanding what my [fashion sensibility] was,” she said of the departure from automobiles.

Von Holzhausen began conceptualizing the label in 2010, leaving her job at GM around the same time that her husband Franz departed Mazda to become the design director of then-upstart Tesla Motors. “He got the job there and that’s when I decided ‘OK, I’m going to do something different, too,” she said.

Von Holzhausen, the brand, is manufactured in New York with Italian-sourced leather and opens at $395 for a clutch, scaling up to $795 for a large bucket bag that transforms into a backpack.

The sleek designs intentionally lack any metallic hardware, utilizing knotted leather embellishments in their place. “It’s a minimalist luxury aesthetic but in an attainable luxury world. I think today the consumer doesn’t have any problem with shopping directly from the brand, especially when they offer great service — they don’t need to go to Barneys [New York] anymore and frankly they don’t have the time,” she said.

Her label, which bases its operations in Los Angeles, is structured to include a 10 percent give-back pledge, benefiting a rotating coterie of women’s charities. The first is homeless rehabilitation fund, Hope Gardens.