One could say Ben Gorham is something of a dreamer.

“As a [business] model, I like the idea of creating and perfecting a product over a long period of time with the hope of selling it forever,” said the founder of the Stockholm-based Byredo. Both notions seem unlikely, now that social media and the Internet have given consumers an unrelenting desire for newness and pushed brands into a never-ending loop of accelerated production and shortened consumer use.

But while Gorham’s approach to product development is thoughtful and considered, his ambitious designs on the U.S. market have Byredo moving quickly to expand its presence. A recently opened temporary store at Aventura Mall in Miami will convert into a permanent unit next year when an existing tenant moves out of a larger space earmarked for Byredo. A 3,000-square-foot flagship will open toward the end of the year on Melrose Avenue in Los Angeles; it will be Byredo’s first West Coast store. A flagship will open early next year in Midtown Manhattan or uptown, a counterpoint to the brand’s downtown flagship at 62 Wooster Street in SoHo.

“Our handbags are very expensive,” he said. “They’re very high quality and made in Italy, which translates to high price points. Exotic skin handbags sell for $20,000. We do made-to-order through our stores for python, anaconda and alligator. We’ve also partnered with Selfridges. They showed great interest and certainly have the clientele for it.” 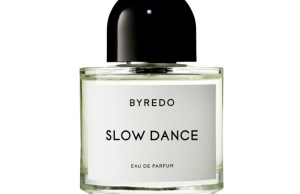 Byredo offers more than a dozen different fragrances.Gorham said reaction to the company’s products forced “him to rethink and understand [how to grow]. I always imagined I could compete with the big luxury brands and big beauty brands. In every city and location, I’ve been able to do that. It’s quite clear that Byredo, over the next few years, can begin to be a significant player.”

Byredo is sold in more than 40 international markets, and operates flagships in Paris, London and Seoul. Gorham revealed that the brand will open “a few stores in China,” in Shanghai and Beijing next year. Wholesale partners include Space NK in the U.S. and abroad, Neiman Marcus, Saks Fifth Avenue, and soon, Bergdorf Goodman. Byredo was sold at about a dozen Barneys New York units prior to the specialty retailer’s Chapter 11 filing. The brand will continue to be sold at the four surviving flagships on Manhattan’s Madison Avenue, San Francisco Los Angeles and Boston.

“Barneys has been a decent-sized business for us over the years,” Gorham said. “We have a number of openings this year. The progression of the brand started focusing a lot on our [our own] retail. Our digital component has had great growth. We’ve been connecting with our customer base. Overall it’s grown more than any other part of business.”

Gorham said Byredo has a global approach to distribution and product development. “It’s not European or American,” he said. “There’s still an entrepreneurial spirit. We have some form of corporate culture, but it’s not that corporate.”

Gorham’s background is as surprising as Byredo products. An athlete, Gorham played basketball for Redemption Christian Academy, the Troy, N.Y., high school that former NBA star Lamar Odom attended for a time. Gorham was on the basketball team at Ryerson University in Toronto, before he went pro in Europe, playing for teams in Italy, Germany and Sweden “without any real success,” he said.

After an injury when Gorham was 25, “sometimes, there’s some form of existential crisis in your life that helps with the reinvention of yourself. Byredo was as much about myself as the company,” he said. “I was forced to reevaluate my life and direction. I decided to go back to art school. I met a perfumer in Stockholm by chance and became very interested in the creative possibilities. I created a project where I translated memories of the smells into fragrances, and that was the inception of Byredo as an idea.”

Gorham was conflicted. “Do I continue in some type of art output or some truly commercial vehicle,” he said. “I decided that a brand could be a [vehicle] for expressing more of my experiences. At that time, if you made a great product, and sold it in stores, that was the formula for success.

“Then everything changed overnight,” Gorham said, referring to the Internet. “Luckily, we were young enough to evolve and pivot with the world. It’s been a natural evolution instead of a painful change. I applied the same competitive mind-set as I had in sports in building a business. I’ve tried to balance my ambition in building a business with creative ideas.”

The brand recently launched an eyewear collection made from Japanese titanium and mineral glass lenses. “Japan has superior craftsmanship,” Gorham said.”We created very iconic styles and approached the launch a bit like jewelry. You can bring the eyewear back to our stores to have it serviced and polished.” Prices start at $550.

Byredo also sells home fragrance, body care and accessories, but one category Gorham has thus far shied away from is fashion. “I wouldn’t do ready-to-wear because of the lead time being too fast,” he said. “[But] you could do it like Azzadine Alaïa, and disregard the fashion calendar. The other aspect is that even though we’re in multiple categories, in my mind we’re not a lifestyle brand. I try to create product that fits into people’s lifestyles; the timelessness and simplicity of what we do allows for that.

“Our success is based on that very democratic approach to luxury,” Gorham said. “That non-imposing, non-dictating aspect allows us to continue in some timeless manner. Making the perfect pair of straight-leg jeans could be timeless, but it’s dangerous. Today they wear stretchy jeans, tomorrow it could be baggy jeans. I made a decision to stay in my lane and make these products that people can connect with.”