The designer is building the business by maintaining production entirely in Italy's Umbria region and growing his own plants and crops to make natural dyes. 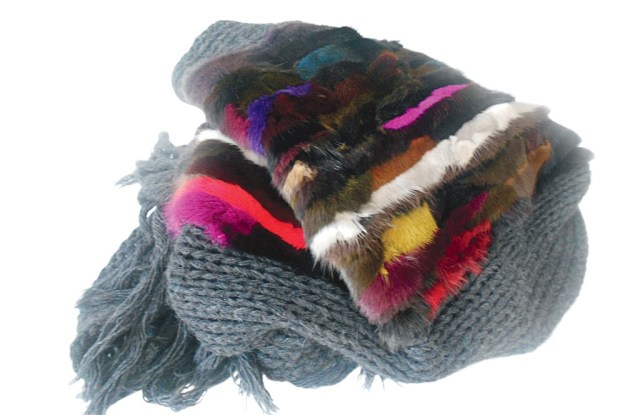 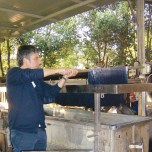 Claudio Cutuli knows a thing or two about scarves, since his family has been weaving and dyeing them since 1838.

In full respect of this heritage, Cutuli is building the business by maintaining production entirely in Italy, in the Umbria region, and growing his own plants and crops to make natural fabric dyes for a veritable botanical feast. Red onion from Tropea; woad, a flowering plant that yields a blue dye; a yellow broom called Ginestrella dei Carbonai; pomegranate rind; poppy flower; blueberry; licorice from the Southern region of Calabria, and juniper are just a few of the ingredients Cutuli skillfully uses in his imaginative designs, working with the softest fabrics, including textiles made with nettle or broom yarns, cashmere and silk. Reptile inserts, Tibetan goat fur, mink and ermine further enrich the pieces.

The brand Claudio Cutuli and the more precious Cutuli Cult are available at around 600 points of sales globally.

The energetic and affable Cutuli, who studied as a pharmaceutical chemist, attributed the growing success of the family’s 175-year-old business to “Italian know-how and artisan craftsmanship,” adding that fashion products must now “hit your senses in an emotional way,” given that customers are increasingly attentive in their shopping, yet jaded by the quantity of goods on the market.

Cutuli was upbeat about business in Asia, in Japan and China, and in particular in the U.S., which showed a 34 percent increase with the fall collection. There are 46 points of sale for the brand there, including Bergdorf Goodman, Barneys New York, Louis Boston, and Maxwell and Traffic in Los Angeles. The young entrepreneur was also excited about the opening of two stores in Rome and Milan, in July and October, respectively. There is one existing unit in Italy’s sea town of Maratea.

Revenues last year totaled 4.9 million euros, or $6.3 million at average exchange, and sales are expected to gain between 30 and 35 percent in 2013, said Cutuli, whose company produces around 35,000 pieces annually, each wholesaling at upwards of 170 euros, or $223 at current exchange.