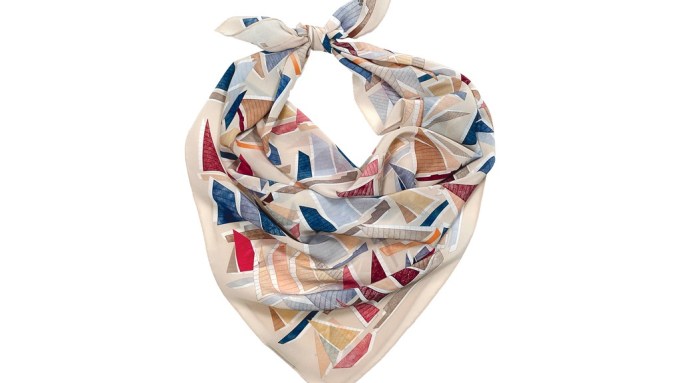 Items on offer ranged from the beguiling silicone seashell creations at Tzuri Gueta, which launched a home accessories line at the event, to Aloha headphones festooned with fake flowers by Hawaii-based jewelry brand RueBelle, with the September sun transforming the fair’s tents into a veritable hothouse.

The four-day event, which, for its 25th anniversary, invited 25 accessories designers to design one-of-a-kind pieces inspired by the Nineties, ended its run on Sept. 29. The pieces, which range from a Berlin Wall-inspired graffiti visor by House of Flora to shades by Thierry Lasry in scaly vintage acetate with mother-of-pearl accents, will go on sale from Dec. 1 at online concept store Spootnik.com.

Armed with stable budgets, retailers were mainly upbeat, though certain markets, such as Japan, Italy and Spain, continue to show strain. “I’m personally feeling very optimistic from what I’m seeing,” said Fabianne Espinola, senior buyer for designer ready-to-wear, shoes and bags at Intermix. “Fringe bags continue to be a big trend, and in jewelry, so far, I’ve seen a lot of interesting chokers and still the trend of one earring,” she added, eyeing a rack of Lurex socks at Maria La Rosa. “We were looking for a very chunky sock to go with the Birkenstock in the winter, but I thought something in a kind of sheer, Lurex-y version could be interesting with sandals, heels, pumps.”

Referring to the trends spilling over the runway, an “optimistic” Jennifer Cuvillier, style director for Le Bon Marché, said it’s “all about flowers,” with an abundance of “bright pastels that catch the light.”

Joey Wolffer, founder and creative director of mobile accessories boutique StyleLiner, which roams the Hamptons during the summer and Palm Beach, Fla., during the winter, saw a lot of sorbet shades with pops of brights. “And as much as I hate it, I’m still seeing neons,” she said. “Embellishment is everywhere. I’m seeing a ton of stones. Forest of Chintz’s jewelry collection looks incredible. They’re doing the whole beaded Masai thing but with a twist — tribal mixed with a shocking-pink stone, say — something a little bit unexpected.”

For Makowski, owner of jewelry store Birdy, which has two locations in Paris, the key mood was “organic, nature-inspired.”

Brands cited strong sales on fine creations. “We can’t keep up with demand,” said Nicky Smith, head of sales at Zoe & Morgan, of the brand’s constellation-inspired Starlight designs. Having debuted its handmade “squeeze on” earrings concept at the fair four seasons ago, Coops London, which counts Colette in Paris and Storm in Copenhagen among stockists, plans to incorporate diamonds next season.

For bags, meanwhile, it’s all about texture and turning down the volume. Premium craftsmanship was in hot demand, with, among the heaving booths, Dragon, the Belgium-based woven-leather bag specialist that produces for a number of luxury brands, including Dior and Bottega Veneta.

“Bags are mini — they just keep on getting smaller,” said Yu-Tin Lin, a buyer for Hong Kong multibrand store Twist, who was angling for safe buys as “consumers are not as experimental.”

“We’ve seen a lot of small clutches. There’s a more sophisticated mood,” echoed Amélie Mathurin, a buyer for Eram, who lauded the beaded styles by Philippines-based brand Bea Valdes, which specializes in hand embroidery using unusual materials and techniques, such as shoe laces, zippers and chains and snakeskin wrapped around beads.

Citing “storming” business, Alex Cousin, a buyer at Asos.com, picked up on a “natural and earthy” direction, with snakeskin, raffia and different weaves in leather. “There’s also lots of humor and playfulness coming through,” she said, adding that Première Classe is a great barometer.

Out for some laughs, French money-themed accessories brand Hélène Nepomiatzi presented a limited-edition piggy-bank handbag with a slot for coins at the mouth. “Money is such a taboo topic in France, I thought it would be fun to create a brand around it,” said the label’s namesake designer, who used to work in the leather-goods departments of Céline and Balmain.

Coming off of a “very positive” fall season, an upbeat Ursula Kwok, general merchandising manager at Harvey Nichols Hong Kong, was taken by one of the fair’s more whimsical acts: Andrés Gallardo, whose collection featured white porcelain rabbits set in leather goods. “It’s simple but eye-catching, with great workmanship, and fits with the fairy-tale trend that’s in the air,” said Kwok.